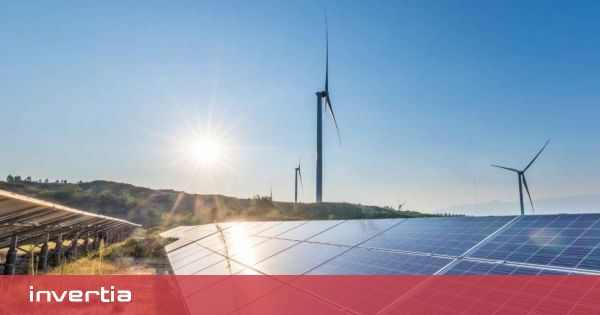 The new motto is “Renewables, yes, but that’s better” in the face of the rural anti-renewables wave that is spreading across the country. It is the proposal that presents Reolum, specialized in the promotion and development of renewable energies, with its project HYBREX. Your plan is hybridize photovoltaic, wind and energy storage parks, but with a novelty: it wants to have the support of the residents of the area. It has already started in the Caceres region of the Sierra de Montánchez, and it is only the beginning.

Reolum will hybridize 110 MW wind and 120 MW photovoltaic using the same network connection point and combine it with installations of storage that will make your discharges to the network more efficient. Calculate that when both technologies are generating and are in surplus, they will power the batteries.

“Normally, solar generation is during the day and wind power is mainly first thing in the morning and at night, there are only a few hours where none of them produce and that is when the batteries come into operation,” he tells EL ESPAÑOL-Invertia Reolum CEO Yann Dumont.

But the company is clear that to be successful in this project, it must have the support of the residents of the region. So, after a process of dialogue, Reolum has opened 5% of its capital to local investors and finances self-consumption facilities for the roofs of the neighbors, completely free, thus guaranteeing the neighbors a 30% light reduction for 20 years.

The HYBREX project, technological innovator and social revolutionary for the Montánchez region, represents a decisive leap in considering the returns and benefits that renewable projects must bring to the territories in which they are implemented.

“It is a paradigm shift since self-consumption facilities are going to be financed, a Comprehensive Plan for the Sierra de Montánchez and other investments to be decided by the neighbors, “adds the person in charge of the project.

These include cleaning the forest, creating new firebreaks, improving access, and conserving biodiversity. All this in an area currently classified as a high risk of fire by the Junta de Extremadura.

A business plan that can be exported to all territories where renewable energy projects are carried out and that must go through an agreement with the neighbors.

The Environmental Impact Studies (EIA) of the four wind farms which will be located in the municipalities of Montánchez, Torre de Santa María, Zarza de Montánchez, Robledillo de Trujillo and Ibahernando with a total of 26 Vestas V150 wind turbines.

In the coming weeks, the EIAs of the four photovoltaic parks and, if the processing follows the expected course, it is expected that the construction works will begin late 2022.

The main novel feature of the project is that it will have four storage facilities of 12.5 MW of power and 50 MWh capacity that will allow the hybridization of both technologies, making their discharges to the grid more efficient and maximizing energy delivery.

As a result of such hybridization, 63% more energy will be produced at the connection point making the environmental impact of evacuation infrastructures per kWh is considerably reduced.

The other most outstanding aspect of the project is the set of initiatives so that the residents of the region can be part of both the debate process of the project and the benefits it will bring them.

And future projects that he plans to open in different parts of Spain will follow the same steps. The first open a process of dialogue with mayors of the area, as well as with neighbors, even in house-to-house visits.

Yann Dumont considers that it is important to offer 5% of the capital of his company to the neighbors to link the property to the territory in which the renewable installations are to be implemented.

Another novelty is that HYBREX will finance self-consumption facilities in the different municipalities, which will be managed by energy communities and that they will allow a 30% reduction in the electricity bill, guaranteed for the next 20 years.

One of the most well-known demands of rural anti-renewal movements is the lack of job creation. Therefore, Hybrex will carry out two lines of action.

On the one hand, a training plan in the renewable energy sector to train the unemployed in the region to access the necessary jobs both in the construction phase and especially in the maintenance phase. It will not only work for the Hybrex project, but also for other renewables projects. And on the other, supplying companies will be encouraged to hire local labor.

The general director of Reolum points out that this novel set of measures is a way forward to face the social opposition that has been embodied in the slogan “Renewables yes, but not like this”.

“We, concludes Dumont, want to show that there is a way to develop renewable facilities, to do it better.”

HYBREX starts from the rights of a project announced in 2019 and based on the allegations that were presented then, it has developed a totally different new project with substantial improvements, such as the number of machines, which is reduced by 24%, or the modification of the location of one of the parks so that It is not visible from the municipality of Montánchez.