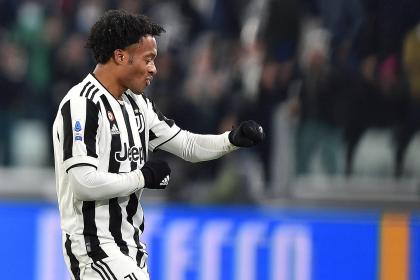 This Thursday the group stage of the three European competitions came to an end: Champions League, Europa League and Conference League. Several surprises between classified and eliminated.

Below we bring you the balance of the Colombians and their situation in each competition.

– Juan Guillermo Cuadado: the Antioqueño will be the only Colombian representative in the final phase of the most important tournament in the ‘Old Continent’. Juventus finished first in Group H with 15 points.

* Éder Álvarez Balanta’s Brujas finished in Group A and was therefore eliminated from any competition.

Those who come from the Champions group stage:

– Luis Díaz and Matheus Uribe: Porto’s players finished third in their group in the Champions League and therefore entered the preliminary round of the Europa League. Something like 16th finals.

– Duván Zapata and Luis Fernando Muriel: one of the hits of the Champions League. Atalanta was third in their group and therefore also made it to the preliminary phase of the Europa League.

– Wilmar Barrios: As in the previous cases, the midfielder will play this tournament for having finished third in the group with Zenit.

Those who played the Europa League group stage:

– Rafael Santos Borré: He is the only Colombian with a fixed place in the round of 16, thanks to the fact that his team, Eintracht Frankfurt, finished first in their area.

– Alfredo Morelos: He will play the preliminary round of the competition against one of the third Champions League teams due to the fact that he finished second in his group with Rangers.

– David Ospina: As with Morelos, the Colombian goalkeeper will play the preliminary phase due to the second place of his Naples.

* KRC Genk by Jhon Janer Lucumí, Carlos Cuesta and Daniel Muñoz was last in Group H and therefore is out of any European competition.

– Luis Sinisterra: the winger has a direct place in the round of 16 because his team, Feyenoord, won their group.

– Kevin Medina: he will have to play preliminary round to the round of 16 with Qarabag because his team was second in the group.

– Dávinson Sánchez case: The match between Tottenham and Rennes was suspended due to covid-19 infections in the English box. Thus, the Colombian has a chance to reach the preliminary round of the contest as long as he wins his duel, any other result leaves him eliminated.

* Luis Carlos Murillo finished third in Group A with HJK and was eliminated from any possibility to continue in the competition.