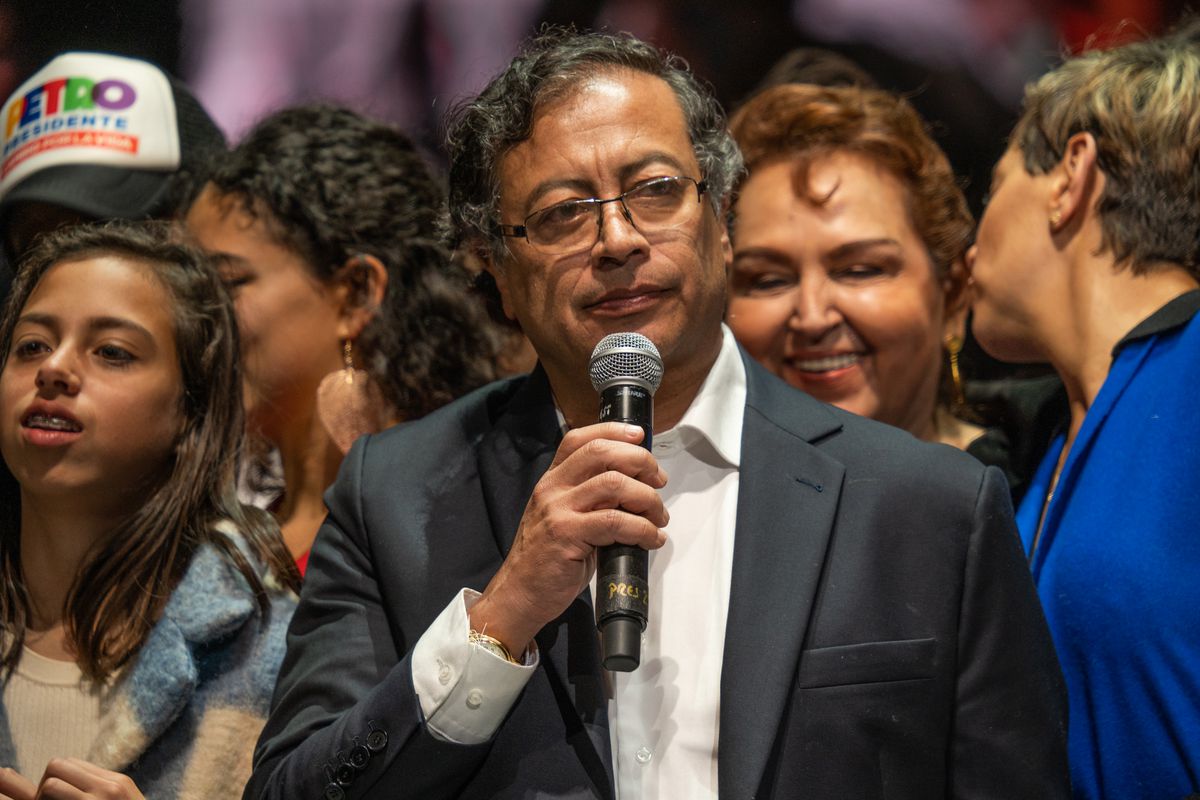 Gustavo Petro has taken just three days after his victory at the polls to face one of the most complex challenges that his future government will have: the broken relations with Nicolás Maduro’s Venezuela. The elected president of Colombia announced this Wednesday on his social networks that he has communicated with the Venezuelan government “to open the borders and restore the full exercise of human rights on the border”, once he takes office, on August 7. He did not give more details of the conversation, nor did he reveal who was his interlocutor with the Chavista government, although Maduro himself had already congratulated him on social networks for a victory that allows us to foresee “new times.”

The announcement comes a day after Petro, who will be the first left-wing president in Colombian history, spoke by phone with US President Joe Biden. On the geopolitical map of Latin America, where a new progressive axis is making its way, Bogotá, a historical ally of Washington, is also key for the White House due to the role it can play in the strategy against neighboring Venezuela, the greatest focus of instability in the region.

The message was “predictable,” says Ronal Rodríguez, a researcher at the Venezuela Observatory of the Universidad del Rosario, in Bogotá, although he clarifies that this recovery of relations must be “gradual, escalated and negotiated.” The first expectation is to recover the commercial relationship between the Colombian department of Norte de Santander and the Venezuelan state of Táchira. Recovering consular relations is one of the critical issues, “because of the number of Colombians in Venezuela, and the number of Venezuelans in Colombia,” which in both cases number in the millions. The rapprochement, he concludes, implies dynamics of recognition of the Venezuelan government that require a negotiation.

Petro enters a contrast with the foreign policy of President Iván Duque. In Colombia, communities along a porous border of more than 2,200 kilometers are crying out to restore border flow and relations with Caracas, severed completely since 2019. To a greater or lesser degree, all the candidates of the long presidential campaign They have promised to reopen the border. So had Rodolfo Hernández, the businessman with a populist discourse defeated by Petro in the second round on Sunday. But for the president-elect, to whom his opponents have always attributed sympathies with the most radical left, the Venezuelan issue requires a delicate balance.

Faced with the resistance that his political project still arouses in various sectors, Petro, who was a member of the M-19 guerrilla in his youth, sought to soften his image during the campaign. That purpose is to distance himself from any association with Chavismo, a shadow that has haunted him since he exhibited a certain harmony with Hugo Chávez in the earliest stages of the Bolivarian Revolution. As part of his vision, Petro has insisted on tackling climate change as one of his priorities, and proposes stopping oil exploration as part of a transition to a decarbonized economy. “Venezuela is sunk in its economy due to its dependence on oil, and what we propose is the opposite,” he has repeatedly defended himself against the attacks. In contrast, he has reached out to other progressive sectors in Latin America, including Chile’s Gabriel Boric and Mexico’s Andrés Manuel López Obrador.

“No border relationship, however difficult it may be, is what we have today, anywhere in the world. Even between Americans and Cubans there are always channels of communication ”, she valued in a recent interview with EL PAÍS María Ángela Holguín, foreign minister during the eight years of the Government of Juan Manuel Santos (2010-2018). “You have to establish channels of communication. There are issues that can surely be worked on because they are also interested in the border not being the chaos it is today, of crime, smuggling, and murders,” said the former diplomat, who has also been ambassador to Caracas and last year past published The Venezuela I lived (Planet), a kind of memoir about a country that knows like few others.

At the time, among his first government actions, Santos redirected the tense relations with some neighboring countries, deteriorated after the two terms of Álvaro Uribe (2002-2010), such as Rafael Correa’s Ecuador and Hugo Chávez’s Venezuela. However, the drift of Nicolás Maduro has made relations between Bogotá and Caracas increasingly difficult, two capitals that have maintained irreconcilable positions for years.

Cúcuta, the largest Colombian city on the border, has been the epicenter of these tensions, exacerbated since February 2019 by the failed attempt by the Venezuelan opposition, led by Juan Guaidó, who had the unrestricted support of President Duque, to bring in food and medicines across the border bridges. Maduro considered that episode an attempted “invasion” and broke off relations that by then were already in decomposition. Duque has been the main promoter of the “diplomatic siege” on Hugo Chávez’s heir and accuses him of giving refuge to the Colombian guerrillas in his territory, while Maduro in his turn points him out of all kinds of plots. Experts agree that the attempt to isolate Caracas has been a failure.

To finish complicating everything, the binational bridges have been the funnel of one of the largest flows of people in the world, at many times overwhelmed by the diaspora of Venezuelans who flee pushed by hyperinflation, insecurity or shortages of food and medicine. . At least two million have settled in Colombia, where Duque launched a Temporary Protection Statute for Venezuelan Migrants. With the bridges closed, the clandestine border is imposed. The flow through the so-called trails, as illegal crossings are known, has always been the rule. The border line is full of informal routes through which all kinds of contraband have historically flowed. Side by side, an archipelago of armed groups operates, including dissidents from the FARC, the ELN guerrillas or the gang known as Tren de Aragua.

subscribe here to the EL PAÍS newsletter on Colombia and receive all the informative keys of the country’s current affairs.