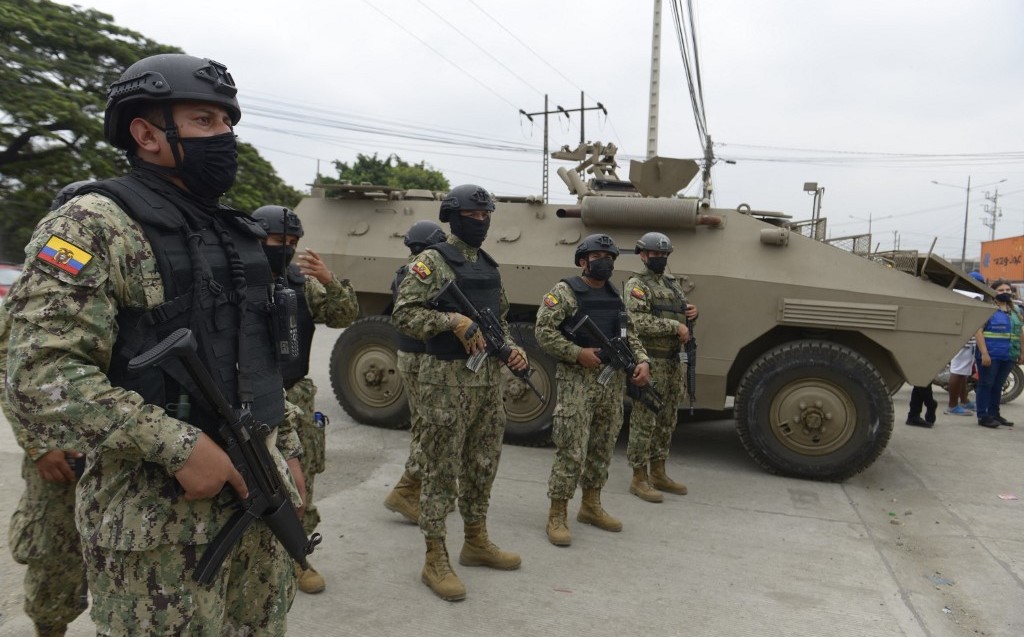 Those killed by the clashes in Ecuador’s prisons between The Choneros against The aligators and Tiguerones they have increased 600 percent this year.

According to figures from the National Police, in 2020 there were 52 violent deaths on prisonsWhile so far this year, in five riots, the figure has risen to 324.

MILLENNIUM interviewed the head of the anti-narcotics directorate of Ecuador, General Giovanni Ponce, who revealed that the drug cartels Sinaloa and of Jalisco New Generation they hire the services of local gangs to maintain their power and operations in the South American country.

Thus, the organization founded by Joaquín El Chapo Guzmán hired the services of The Choneros and those led by Nemesio Oseguera, The Mencho, from The aligators, Los Tiguerones and The Wolves.

With these four gangs, the Mexican cartels have expanded their blood and lead fight to Ecuador and have found in their prisons one of the scenarios for these disputes.

A sample of the warlike power of the Mexican cartels appears behind bars: of the 40 thousand prisoners who live in the prisons of Ecuador, 25 thousand are part of the bands who work for Sinaloa and Jalisco Nueva Generación, reveals a report from the Police Penitentiary Security Coordination.

So far this year they have registered five clashes among the bands subcontracted by the mexican cartels, that of September 28 was the bloodiest with 119 deaths in the Litoral Penitentiary in Guayaquil.

Forty-five days later, in the early morning of November 13, a new confrontation was reported in the same place in the Center for the Deprivation of Liberty CPLGuayas Núm 1, when a group of inmates entered ward 2 with violence.

Several of the inmates made tbroadcasts live of the events on Facebook, in which they cried out for help from the authorities and asked to disseminate the videos.

“They have us locked up in our own pavilion, they want to kill us all, all of us. Here’s a drone but it does absolutely nothing, gentlemen, “he says.

While the knocks on the metal doors are heard more and more intense, the narrator continues: “Save us, please! They are trying to knock down the door outside the pavilion.”

The video shows in the background the other prisoners at the door of the cell with the uncertainty that the attackers will enter, while also crying out for “help.”

In a second video it is seen that the aggressors have already entered, set fire and detonations of weapons are heard, while the narrator comments: “Gentlemen, please do something! No one is helping us, they are waiting for them to kill us all. There are many people who are dead. For the love of God, they want to burn down the whole pavilion. “

In other videos, which are part of the investigations of the National Police and the Ecuadorian Prosecutor’s Office in the power of MILLENNIUM, inmates are seen improvising a bonfire in one of the courtyards of the pavilion to incinerate the dead.

The fire they feed it with mats and other flammable items. Others have just smashed the bodies with sticks, pipes and metal so that they are consumed.

In other videos of the National Police, the entry of the Ecuadorian Army with tanks and special security forces to control the riot.

In this regard, the National Service for Comprehensive Attention to Adults Deprived of Liberty and Adolescent Offenders issued a statement in which it regretted the events that occurred at the CPL Guyaas No. 1 Center for the Deprivation of Liberty and confirmed, on a preliminary basis, 58 dead persons and 12 wounded.

Videos of the injured were also released and are part of the Ecuadorian authorities’ investigations, in which the gun shots are confirmed.