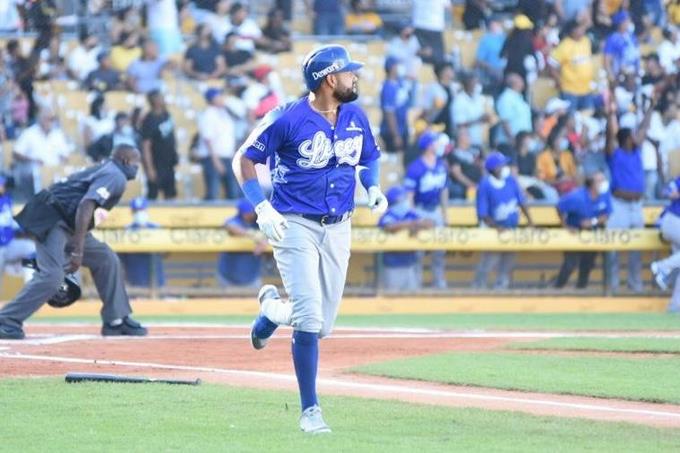 The Tigres del Licey continue their positive streak by defeating the Águilas Cibaeñas 4-1 and achieving their third consecutive victory and approaching the first position of the standing, after being in last position.

Licey’s heavy battery was decisive in the game since from second to fourth bat they connected seven hits, including three doubles and a home run.

For Licey, Jorge Bonifacio with a home run and double plus two RBIs; Anderson Tejeda 4-3 with a double and a run scored and Ronny Mauricio 4-2 with a run run, a RBI and a double.

For the Eagles, who only had four hits, Leody Taveras 4-1 with an RBI, Melky Cabrera 4-1 with a double, Danny Santana and Luis Valenzuela one hit each.

The starters: By Aguilas Yoanner Negrin 2.2 innings with three earned runs and by Licey Adonis Médina 2 innings with one run. Both teams used six pitchers.

In the first episode the Tigres produced three laps with an unstoppable by Anderson Tejada, a double RBI of the first by Ronny Mauricio and a two-run homer by Jorge Bonifacio.

In the third, the Eagles made a run when, after two consecutive bases on boxes, Leody Taveras hit unstoppable driving Robel Garcia.

In an emotional act prior to the game in which family and friends were present, the Águilas Cibaeñas team paid tribute to Juanchy Sanchez, the main shareholder of the team and who died in January of this year affected by Covid-19.