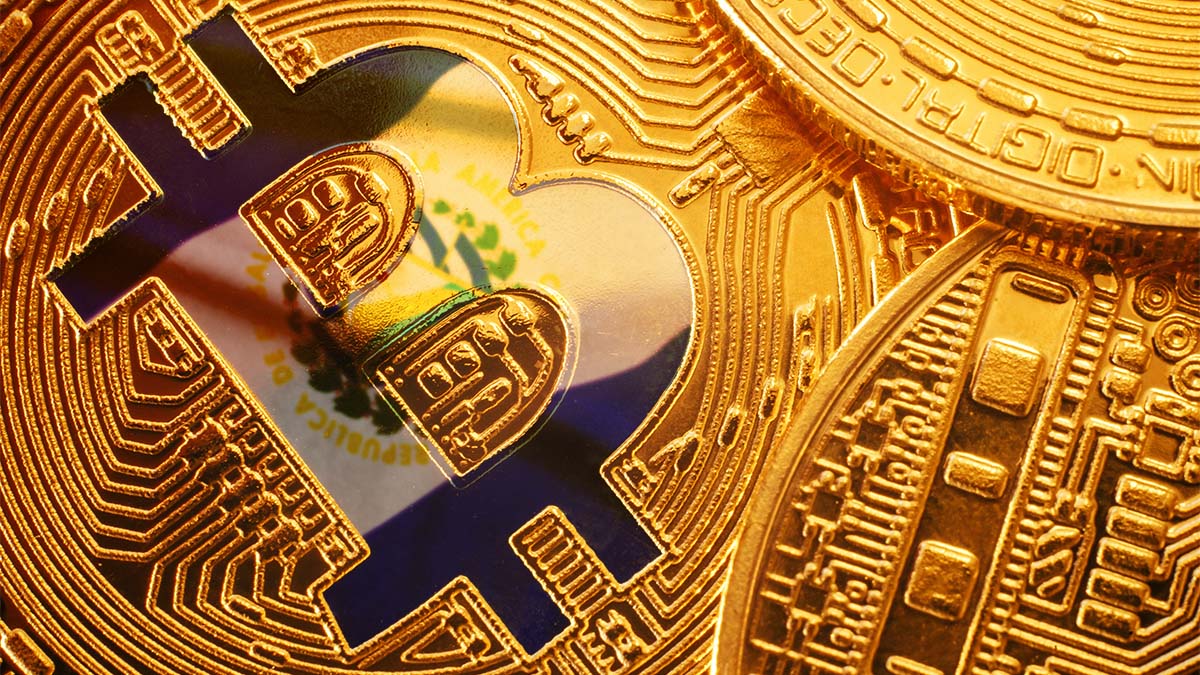 Before taking off, in the waiting rooms of our respective airports, we saw how Nayib Bukele’s plans to use Bitcoin to attract foreigners were paying off. At least 15 people out of the approximately 140 who shared a flight with me, They traveled to Salvador attracted by Bitcoin and for this week’s cycle of events.

With Luis, who will cover the conferences with me, the developer Giacomo Zucco flew from Panama. On my flight (the second, after twelve hours from Spain and a stopover in Mexico for another thirteen hours), a sweatshirt with the logo of the privacy wallet, Wasabi, revealed the identity of the masked Adam Ficsor. Also, members of the Mexo exchange team shared the time the flight was delayed, due to an apparently missing suitcase. Other people, who wore clothes and bags with Bitcoin logos, I assume they were traveling under the same pretext as us.

Upon landing, the first thing I saw upon entering the airport was a small blue Chivo ATM between two traditional ATMs. Above and behind, taped to the wall, a poster explains to curious travelers what they can do with a Chivo ATM, stating that “Using bitcoin is easy and optional.”

A few steps later, already about to go down to immigration, there was a second lonely Goat cashier, leaning against a column. I tried to make a transaction, but it required confirming identity with a phone number that, as I was just landing, I did not have. I did not advance beyond the first instructions.

Throughout the airport, Papa John’s was the only store I could see displaying their “we accept bitcoin” sign., perhaps under the same governmental logic of attracting foreigners. Still, the girl at the counter graciously confessed that the strategy hadn’t translated into too many customers.

In migration I had to do three rows. The first, for paying an entrance tax of twelve dollars, it also allowed to pay with bitcoin. Same case as at Papa John’s: few people did. For me, connected to the potentially vulnerable public Wi-Fi at the airport, I did not feel like exposing a PIN to enter my wallet.

Although it may be naive to believe that after the tax has been collected, you will have free entry into the country, the truth is that the second is the true migration line. The official reviewed, with meticulousness and apparent suspicion, my Venezuelan passport and my identification from Spain. He recorded the data on the computer; took pictures of them and shared them in a WhatsApp group which, I hope, was official; called someone on the phone. He came out of his cabin with my papers and went to show them to two other officials, as if they were some strange object never foreseen.

After walking through who knows what potential scenarios in which letting me pass would represent a risk for the country, he stamped my passport and welcomed me. Later I would find out that, compared to friends who took up to six hours to get into the country, my process was quite fluid.

The last row was to verify the stamp in the passport and to check my luggage at customs. At the exit, a painting of Nayib Bukele and his first lady give a welcome that I felt as a personal echo of the country from which I migrated.

In the following days, we will continue to relate our experience in the first country in the world with bitcoin as legal tender.