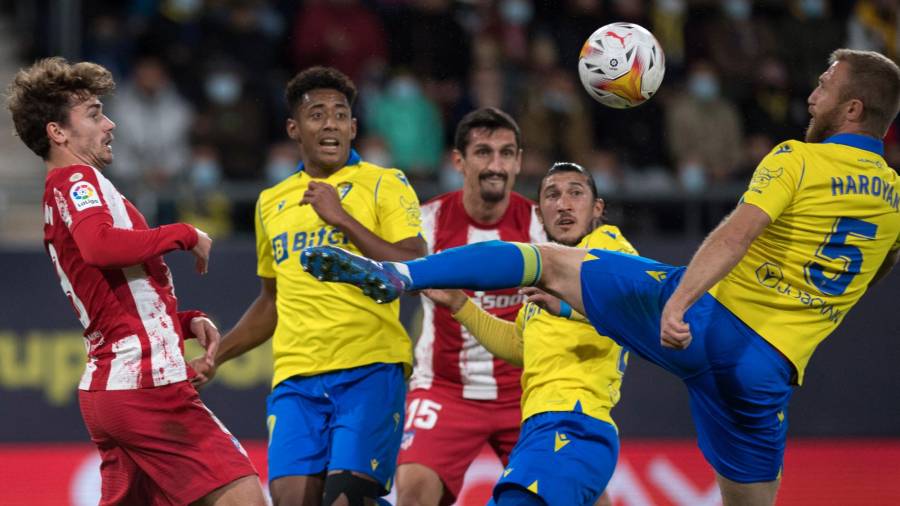 Cádiz kept their head down in the 2021/2022 season of the Spanish League and this Sunday in their own courtyard they were thrashed 4-1 by Atlético de Madrid.

Antony el Choco Lozano played the entire match and generated the action that ended in the only score for the Yellow Submarine in the match.

The Honduran striker was in charge of the task of attacking Cádiz against one of the toughest defenses in Europe. Even so, the native of Yoro, Yoro, gave a lot of work.

At minute 85 he managed and before the mark of two defenders managed to get the center riveted, but the Slovenian goalkeeper Jan Oblak sinned. In a childish way he made a tremendous mistake and the ball ended up entering the net.

The official website of the Spanish League confirmed that Cádiz’s score was an own goal by Jan Oblak. In this way, Antony el Choco Lozano remains with four goals this season in Spain.

The colchoneros are in the second position with 29 points and Cádiz fell to 17th place and is close to relegation because the last three clubs go to the second division.

Previous Carmen Salinas: What is Camelita’s health status TODAY, Sunday, November 28?
Next Jomari Goyso is in the hospital: “Always in the hands of God”