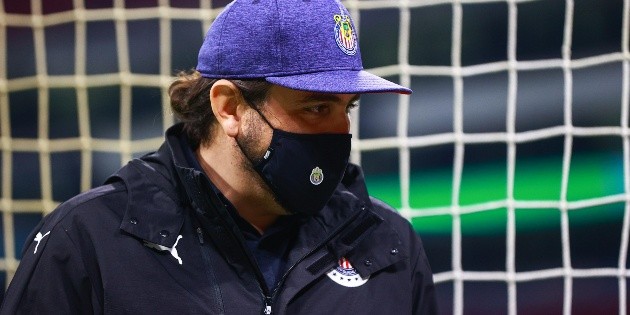 The bad moment that the Chivas has all the fans worried Herdincluding the current Governor of Jaliscowho did not hide his discomfort and even sent a message to Amaury Vergara.

The State Governor revealed that his concern not only arises as a self-confessed fan of the Herdbut also as governor due to the social implications of the Chivas, whom he considers more than a football team.

“It worries me a lot as a fan, but also as a governor because Chivas It is more than a football team. What happens is that this club has important social implications and I think it is a moment of deep internal reflectionbecause this path they are following is unsustainable,” he explained.

The governor acknowledged that he understands the frustration and anger experienced by fans of the Guadalajara team and called for a comprehensive review of the situation, since he believes that the problem of Chivas It goes beyond results.

“I am one of those who goes to the stadium every 15 days and I see how the discomfort and frustration is growing, I would even say the anger of the fans. I think it is time to do a comprehensive review of what is happeningbecause beyond the results and the lack of wins, there is a much deeper problem and it has to be addressed,” he asked.

And if it was not enough, Amaury Vergara did not get rid of the scolding of the Governorwho sent him a message asking him to take control of the situation and for a quick solution.

“Hopefully Amaurywho is a man to whom I recognize a lot of capacity, take charge of the matter and something can be done quickly for the good of the team and for the good of his fans”, he sentenced.