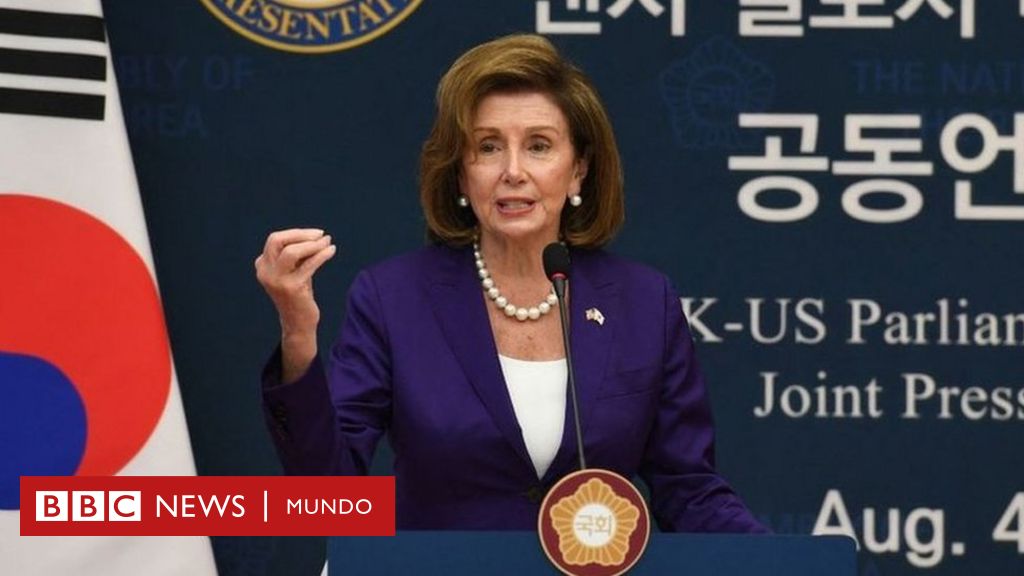 China announced this Friday new retaliation against the US for the recent trip to Taiwan by the president of the House of Representatives, Nancy Pelosi.

Beijing has suspended cooperation with the US in key areas such as the fight against climate change, military talks and efforts against international crime.

It also imposed sanctions on Pelosi, the third-highest US official, and her immediate family members for having “disregarded the concern and strong opposition” of the Xi Jinping government to her visit to Taiwan this week and “undermined the sovereignty and territorial integrity” of China, according to an official statement.

The Chinese executive accused the delegation and Pelosi, the highest-ranking US politician to visit Taiwan in 25 years, of “appalling provocations.”

The measures include Chinese entry ban to the parliamentary leader and her relatives, without further details being revealed at the moment.

China’s sanctions respond to the visit of a delegation from the United States Congress led by the Democrat this week.

Pelosi spent less than 24 hours in Taiwan, where on Wednesday she met with the country’s president, Tsai Ing-wen.

Beijing considers Taiwan to be part of its territory, where a large majority of the population refuses to link to the People’s Republic of China.

The new measures were announced Friday by the Chinese Foreign Ministry.

There are eight in total and they include the suspension of cooperation between China and the US in various areas, such as the judicial, the repatriation of illegal immigrants, criminal legal assistance or the fight against transnational crimes.

In recent years, the two superpowers have maintained fluid diplomatic exchanges on the fight against climate change.

At last year’s climate summit in Glasgow, China promised to work “urgently” with the United States to cut emissions.

The two countries have also collaborated on efforts to combat the trade in illegal drugs, such as fentanyl.

Pelosi: “China will not isolate Taiwan”

Although the United States does not officially recognize Taiwan, Washington maintains a close relationship with the island, including arms sales for your defense.

Pelosi, who is in Japan on the last leg of an Asia tour, said on Friday that China “will not isolate Taiwan by preventing us from traveling there.”

Taiwanese Foreign Minister Joseph Wu defended the visit in remarks to the BBC.

He assured that it will serve to “raise the profile of Taiwan” and spread among the international community that the Asian country is a democracy.

He also condemned the large-scale military exercises that China began on Thursday around the island.

Air and sea live-fire exercises by the Chinese People’s Liberation Army are expected to continue until Sunday.

The exercises involve more than 10 warships and 100 combat aircraft, of which many they have invaded the air space from Taiwan.

At least one ballistic missile flew directly over the island, according to Chinese state media.

The Taiwanese Foreign Ministry has not confirmed the veracity of this information, although it condemned the maneuvers as “highly provocative acts”.

The United States Secretary of State, Anthony BlinkenHe said Friday that “there is no justification for this extreme, disproportionate and escalated military response.”

“China has chosen to overreact and use Speaker (House) Pelosi’s visit as a pretext to increase provocative military activity in and around the Taiwan Strait,” he said.

Remember that you can receive notifications from BBC News Mundo. Download the new version of our app and activate it so you don’t miss out on our best content.