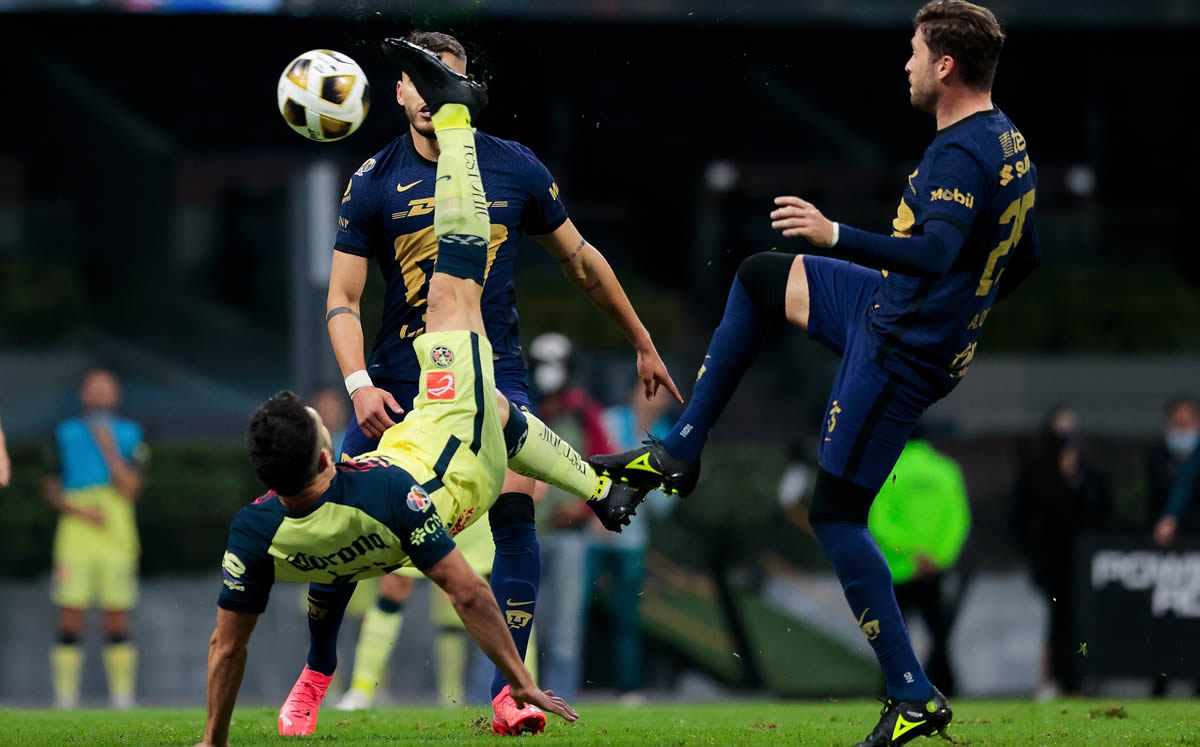 Chilean goal annulled to Henry Martin in America vs Pumas

Henry Martin reappeared before Cougars to score a great goal, but this time he couldn’t celebrate as he would have liked because he was out of place.

When the minute 59 ran between America and University, Sebastián Córdova sent a precise cross to Martín, who first accommodated the ball with his chest and then he launched with a Chilean to make an annotation of great aesthetic quality, although Marco Antonio Ortiz immediately overruled it.

Santiago Solari and his coaching staff claimed that the ball had touched Efraín Velarde’s head, although the referees analyzed that it was an invalid action, regardless of the contact that the feline had.

Agree to Law 11 of the Game that appears on the page of the Liga MX Arbitration Commission, the action had grounds to be invalidated. In the part where the decision is based, the following is established:

“A player in an offside position will only be penalized at the moment the ball touches or is played * by a teammate if he actively participates in the game in one of the following ways: