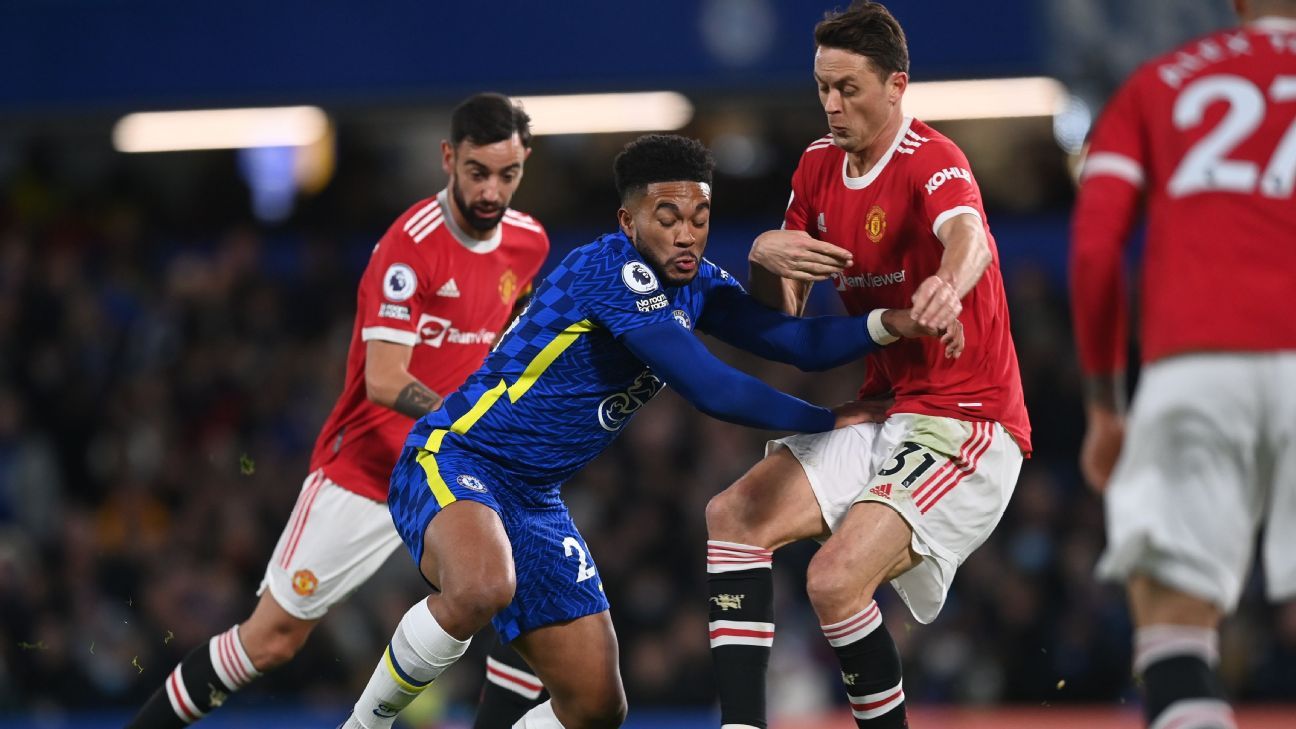 (EFE) – Chelsea could not with a Manchester United in need of the imminent arrival of Ralf Rangnick and who, with Cristiano Ronaldo as a substitute, gave a very gray image on his visit to Stamford Bridge (1-1).

A great David de Gea and a clamorous error by Jorginho allowed the ‘Red Devils’ to dream of victory, which Aaron Wan-Bissaka took from them with a children’s penalty that Jorginho transformed.

In his second game on the United bench, Michael Carrick dispensed with Cristiano from the start. The coach prioritized putting pressure on Chelsea’s possession and the workload of his players, because, as he anticipated, they were not going to smell the ball.

Chelsea tightened the nuts of the ‘Red Devils’ who one more afternoon were saved by De Gea. The Spanish goalkeeper covered the deficiencies of his defense, without Raphael Varane, injured, and Harry Maguire, sanctioned, with a hand-to-hand deactivated to Hudson-Odoi when the game had only just begun.

It was difficult for United to rid itself of Chelsea’s lust for the ball and hardly created anything. His first part, from midfield up, was non-existent. He did nothing, while the ‘blues’ ran into a crossbar from Rudiger, with the intervention of De Gea, and another hand from the Spanish to a poisoned foul by Reece James.

While Cristiano began to warm up as soon as the second half started, United took advantage of the only loophole they had, a short-circuit from Chelsea. From a corner in favor of the ‘Blues’, the ball bounced to the center of the field, Jorginho, under pressure from Jadon Sancho and Marcus Rashford, made a mistake in control and gave the ball to Sancho.

He did not let go of her until he beat Mendy. The goal delayed the departure of Cristiano, who had to wait until the 65th minute to jump onto the pitch and as soon as he entered he found himself face to face with a Wan-Bissaka penalty to Thiago Silva when he tried to clear. Silly penalty, but penalty.

Jorginho, against De Gea, did not fail and Chelsea restored equality with justice. He turned to get the victory and almost achieved it in the 97th minute in a resounding failure of Rudiger, but United, more than happy with the draw, accepted the result and cut the streak of two consecutive losses in the Premier at the Wait for Rangnick.

The German coach will find a United in need of work and eighth in the table with 18 points, five from the Champions League. For Chelsea, this draw means that their lead as leader is reduced to a single point over Manchester City and two over Liverpool.

Incidents: Match corresponding to the thirteenth day of the Premier League played at the Stamford Bridge stadium (London).

Previous COVID-19: US admits that the omicron variant could have already arrived undetected | International | News
Next Maribel Guardia dazzles with high boots and tight outfit