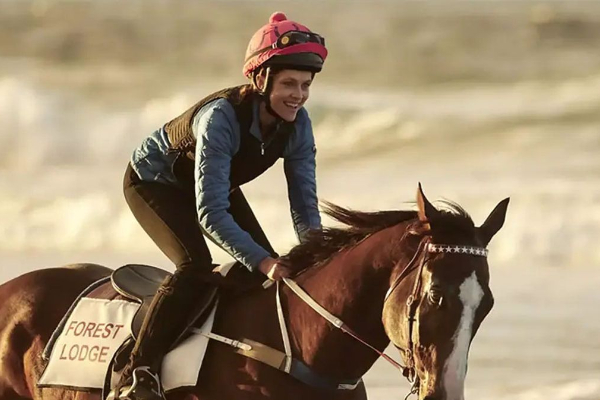 For lovers of stories of perseverance, the film “Chasing a Dream”, based on real events, directed by actress Rachel Griffiths, is already in local theaters.

The film does justice to its title and the emotionality What do you expect from a story where its protagonist overcomes adversity to fulfill his dreams.

Griffiths’ first feature film as a director is based on the story of Michelle Paynethe first and only jockey to win the melbourne cup in 2015.

Payne’s story alone has some tragic eventsa fall she suffered early in her career that forced her to stay away from racing for a season, and a family tragedy, events that almost forced her to give up her dreams.

Payne continues to ride despite the denials of his doctors and the obstacles whom he met in a sport dominated by men and that is when he meets the “Prince of Penzance”the horse with which he won in Melbourne with odds of 100 to 1.

In this moving story, Payne, a role played by actress Theresa Palmerhas the love and support of his father (Sam Neill), a famous horse trainer, and his brother Stevie.

The biographical tapeof 98 minutes, addresses a variety of topics such as family conflicts, personal improvement and urges the viewer to reflect on his life, for some the story may be trite, however, it has received very good reviews.’

‘Based on real events. Michelle Payne, a 15-year-old girl, does whatever it takes to become the first jockey to win the 2015 Melbourne Cup.

– “The big heart of this film convinced me despite my total ignorance of the world of racing. It is a bit silly and feels like a movie of TVbut you can’t help but smile at his frankness and comforting warmth,” commented Peter Bradshaw of “The Guardian”.

– “An inspiring but standard sports story (…) horse lovers will be the ones moviegoers more vulnerable to her modest charms,” ​​said John DeFore of “The Hollywood Reporter.

– “Even people who don’t care about horse racing will probably be thrilled by this beautiful and exciting biopic about a barrier-breaking female athlete,” said Joyce Slaton of “Common Sense Media.”