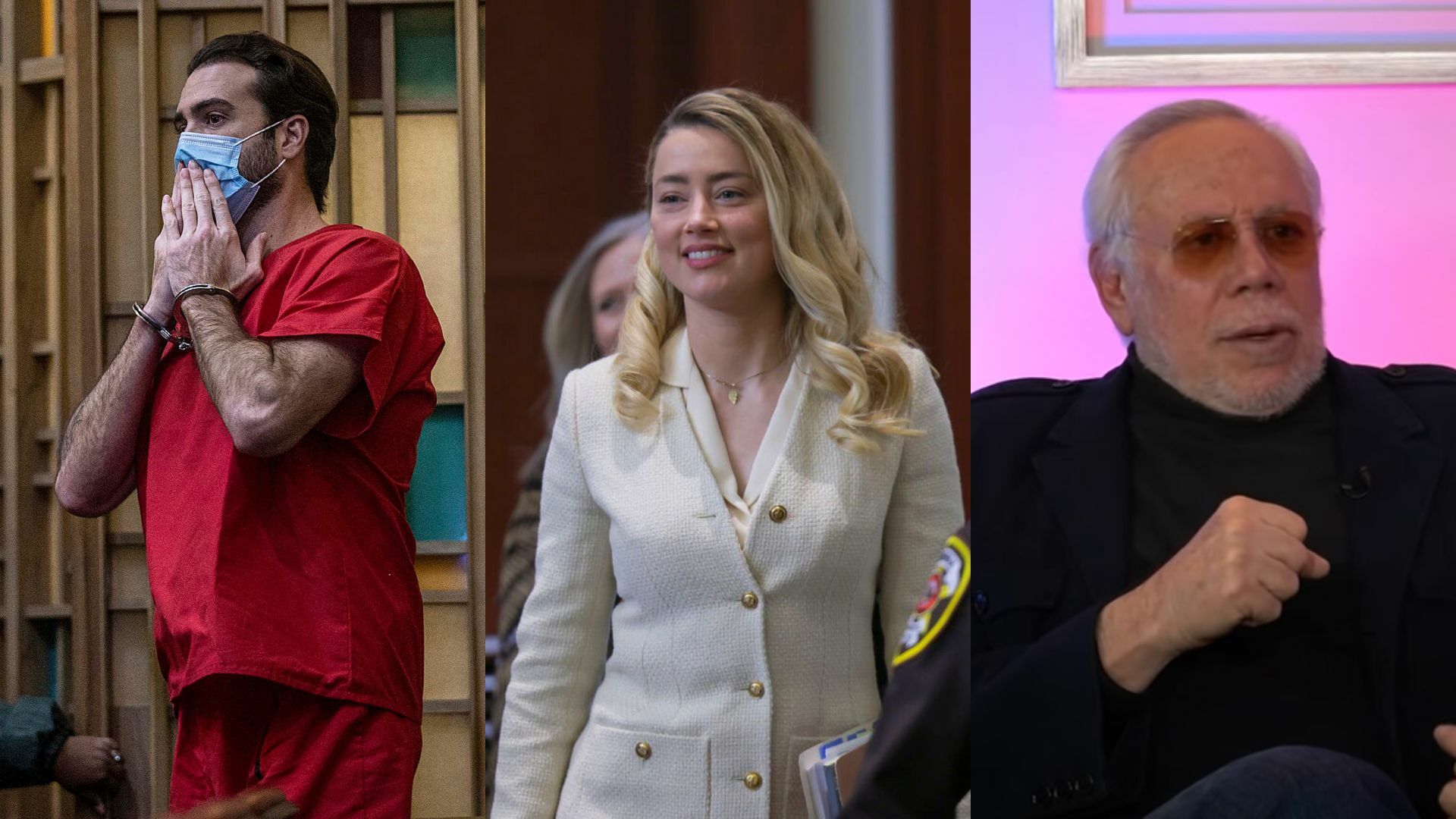 Celebrities fill this 2022 with controversy with their legal battles

2022 was distinguished by controversial legal battles. Between accusations of violence and defamation, even sexual abuse, some stars fought to defend their innocence.

The world witnessed the fight between Johnny Depp and Amber Heard in the Fairfax, Virginia, courts to clean up the image of the Pirates of the Caribbean actor, who accused his ex-wife of defamation, since in 2018 in a article for The Washington Post newspaper, he was defined, although without mentioning his name, as “a public figure who represented domestic abuse”, which cost him several jobs. Amber was not far behind and countersued him. The trial began on April 12, in which the mistreatment that the actor received from his ex-partner was revealed. After hearing from witnesses, including celebrities like Jason Momoa, the jury decided that the two defamed each other and the judge awarded Depp $10 million in compensatory damages and $5 million in punitive damages and Heard $2 million in compensatory damages. This week, Amber reached an agreement with Johnny: she will pay him a million dollars in damages.

On October 4, the Mexican actor was found guilty of involuntary manslaughter by a Miami court, a crime for which he could spend nine to 15 years in prison. It was March 31, 2019 when Pablo Lyle and his brother-in-law were heading to the Miami airport. At an intersection they ran into Juan Ricardo Hernández, a 63-year-old Cuban man who got out of his car at a stop to demand a dangerous maneuver; As he was heading back to his vehicle, he was hit by Lyle, who punched him, causing him to fall, causing head injuries that days later led to his death. Lyle was arrested but after posting $5,000 bail he was released. In April he began house arrest, which lasted three years, as his trial was postponed due to Covid-19. The trial just started on September 20 and the jury found the actor guilty, who had claimed his own defense.

Through a Twitter thread, the user Anhelé Sánchez revealed that she was harassed when she was a teenager by the troubadour Edgar Oceransky, showing emails and a video where the singer-songwriter said that he liked underage girls. The young woman explained that the singer began to harass her since she was 16 years old. “I like diversity, but my deepest preference is for adolescents, who still have the face of the Public Ministry. It is better to go to the boat for a girl than for the breathalyzer,” Oceransky is heard in the video that Anhelé broadcast and that it is a presentation at Café Albanta in 2009. His concert at the National Auditorium was cancelled. Two weeks later, she pointed out in a statement that what this young woman said was a smear campaign. Two months later, she assured in the program La taquilla that up to that moment there had been no complaint against him, but he had sued for defamation and moral damage.

At the beginning of 2022, the premiere of a bioseries on the life of Vicente Fernández by Televisa was announced, a project that the “Charro de Huentitán” family tried to stop, first, for not having the go-ahead and second, for being based in the work of the journalist Olga Wornat, The Last King. The attempts were in vain and between March and May the series El último rey: el hijo del pueblo was broadcast on Las Estrellas. The lawyers of the Fernández family, Del Toro Carazo Abogados, mentioned that 12 requests for provisional measures were presented for the unauthorized use of registered trademarks; They also took legal action for gender violence, since the series shows María del Refugio Abarca, Fernández’s widow, as a woman subjected to the machismo of her husband.

At the beginning of the year, Luis de Llano gave an interview to Yordi Rosado, in which the producer touched on the relationship he had with exTimbiriche Sasha Sokol when she was a 14-year-old teenager and he was a 39-year-old man, noting that the parents of the singer agreed. In the framework of International Women’s Day (March 8), Sasha spoke about it on Twitter and said that it was not something of two months, as he pointed out, but of four years. Four months later, Sasha reported De Llano to the authorities for moral damages; she asked for a public apology and monetary compensation as reparation. The process is still ongoing.

In June, the Mexican actress Danna Ponce revealed on social networks that she had been sexually harassed by Coco Levy, who at that time worked at Videocine as a production manager and had summoned her to his office because he was interested in her profile as an actress. While there, Danna shared that Talina Fernández’s son touched her breasts and kissed the corner of her lips while she unzipped her pants. The actress went to the Central Investigation Prosecutor’s Office for the Attention of Sexual Crimes to file a complaint against de Levy, who was fired from Videocine due to this scandal, since other women joined this accusation. On October 5, the first hearing was held where Jorge “Coco” Levy was linked to the process, which he faces in freedom, since no further aggravating factors were found for him to be imprisoned, but he was ruled that he had to attend to sign each 15 days Precautionary Measures Supervision Unit.

The American actor experienced one of the most embarrassing moments in the history of the Oscars, when in this year’s edition he went on stage to slap one of the hosts, comedian Chris Rock, who had made a joke about the alopecia of his wife, Jada Pinkett Smith, an act that later made his Oscar for Best Actor for the film King Richard take a backseat. Within a few days, Smith acknowledged that what had happened was that all the pent-up anger came out at that moment and although he apologized almost immediately to Chris Rock, the comedian told him that he was not ready to talk about it. In addition to the anger management therapy that the Prince of Rap actor was forced to take, the Academy of Motion Picture Arts and Sciences banned him from attending the awards show for a decade, a consequence he already saw coming, since He stated that he knew that this incident would march on his future works.

Previous “Dibu Martínez is a fool, stupid,” said Fabio Capello, who also criticized Cristiano | National teams
Next How is the office on wheels that is manufactured in South Korea