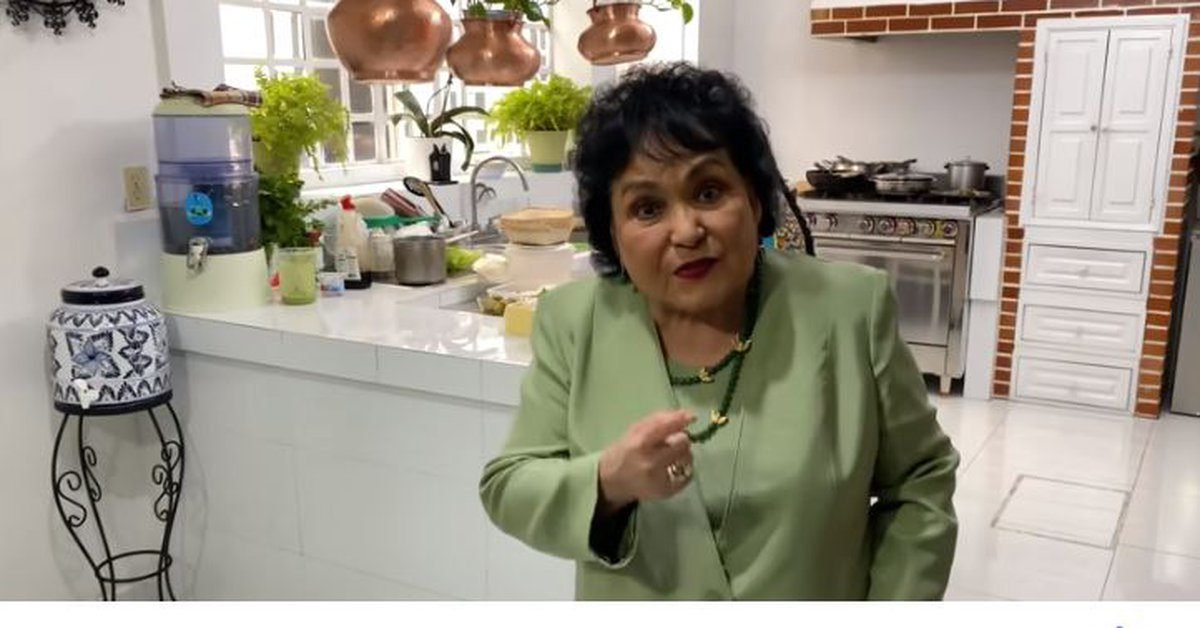 Since last Wednesday, the Mexican Carmen Salinas, affectionately known in the artistic environment as “Carmelita” has been fighting between life and death after she suffered a stroke that left her in a coma. The latest health reports from the actress, producer and businesswoman, they report it as severe, although stable and with mild brain activity.

Now, New details have emerged of the life of the former deputy of the Institutional Revolutionary Party (PRI). Especially details that she herself shared with her followers through her YouTube channel, where she told all kinds of anecdotes and stories, including when she met the drug trafficker Rafael Caro Quintero, and He also showed almost every corner of the luxurious home in which he lived since he was 30 years old.

The house is located in the Verónica Anzures neighborhood of Mexico City. And it has extremely luxurious spaces: a kitchen that she designed herself, a living room packed with photographs of her relatives that her followers know well, because in that room she recorded some of her YouTube videos; a library, bathrooms, several bedrooms and a luxurious master bedroom.

As can be seen in the videos shared by Carmen, the house has several rooms. The kitchen is a large room very well equipped with all kinds of appliances and with a small circular dining room where he ate several times with celebrities, What Eduardo Yáñez, with whom he shared a breakfast in July of this year and ventured to record audiovisual content for his channel.

Carmen Salinas in her living room

In the showcases of that space, Carmelita keeps a large collection of tableware with beautiful designs that she has acquired from different parts of the republic. Likewise, the living room is one of the most recognizable spaces in the actress’s house, as there are rooms with floral upholstery and photographs of her relatives abound, as well as several self-portraits that adorn the walls and a fireplace.

On one occasion The actress also showed her followers one of the bathrooms in her luxurious home. In it, the actress taught that there are some virtues where she placed all kinds of beauty products: from moisturizers to perfumes. NeverthelessHer favorite space in the luxurious house, according to herself during an interview, is the library.

As can be seen in an interview given to the program The fat and the skinny, is about a room with shelves that reach up to the roof of the house and are crammed with books. Also, here are the awards that Carmelita has received throughout her artistic career and it is the place that the Mexican uses as a studio.

Regarding how she managed to buy the house, Carmelita recalled in a video that it was thanks to winning the lottery with a ticket that a man gave her: “I finished dancing with the man, he put a ticket in my hand, and I said: ‘Oh, he already paid me’. I thanked and put the bill in my bosom ”, he said.

Nevertheless, he later discovered that it was a winning lottery ticket.

At the time of his death, the house will become the property of his daughter, as he said: “There is nothing left of this house and the study that will be for the daughters of Pedrito (his son, Pedro Plascencia), may he rest in peace . And this house for my daughter María Eugenia. This is the testament”, He told in an interview for the program Today that he gave a few months ago.

Carmelita Salinas presented mild brain activity: still serious but stable
Why Carmen Salinas suffered the stroke that keeps her in a coma
Carmen Salinas: her role as a theatrical producer with “Aventurera” that launched Niurka Marcos and other actresses to fame