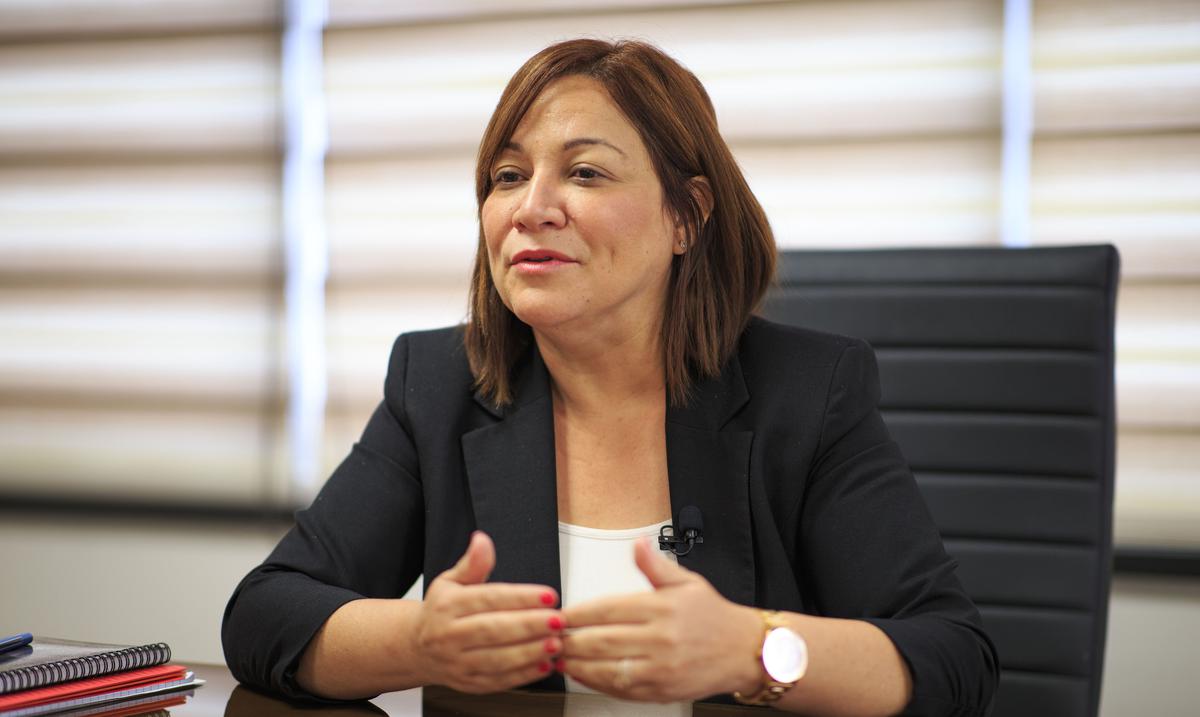 Although initially it had been said that the president of the community, Joseph Louis Dalmauhad all the authority to present the proposal for a consultation in August in which the popular elect the members of the Governing Board and, in turn, choose between the improved Commonwealth and free association, the issue will go to discussion this week in the governing body of La Pava.

In addition, the guarantees of the purity of that consultation have already been questioned by the vice president of the PPD, Carmen Maldonadoin a letter addressed to Dalmau to which The new day had access. In the letter, the mayor of Morovis demands the departure of the alternate electoral commissioner, Jorge Colberg Torofor having shown partiality in the process by making, during a radio interview, some expressions against his aspirations to preside over the Pava.

Maldonado, like Dalmau, announced last Thursday that he is interested in presiding over the PPD. In addition, she anticipated that she wants to be a candidate for governor in the 2024 elections.

“I take this opportunity to state that I withdraw my confidence in the alternate electoral commissioner and I want to record this in the minutes of the Governing Board,” Maldonado says in his three-page letter.

In addition to requesting that Colberg Toro be “immediately and permanently removed from the position of alternate electoral commissioner” of the PPD, Maldonado requests that Dalmau “refrain from dealing with this matter because he is personally linked to the controversy itself and has an interest in its outcome.”

“In that sense, this matter should be taken care of by the next highest-ranking member of the Board”asks the mayor.

Likewise, he requests that the matter be discussed at the next meeting of the Governing Board. But pending the meeting, Maldonado asks that the PPD’s electoral commissioner, Ramón Torres, relieve Colberg Toro of all matters related to the internal election.

Dalmau did not answer a call and text message from this medium.

Colberg Toro, for his part, maintained that in the radio interview he did not attack the mayor.

“I am not going to answer the mayor’s attacks. There is a guideline, specifically, calling everyone to a chapter. If there is any procedure before the Governing Board, I will request a hearing and present my points,” said the former representative.

He assured that he did not attack “any popular”, but he defends “the institution is (whoever) the president is.”

Regarding the call for the Governing Board, Colberg Toro maintained that it was done “because there are some procedural questions.”

When is the meeting

The electoral commissioner of the PPD and the general secretary, Ramón Luis Cruz Burgos, in separate interviews, confirmed to The new day that the Governing Board will be convened shortly to attend to the proposal launched by the president of the community.

“There is no date yet, but it should be this week”Cruz Burgos said.

“Everything concerning President José Luis Dalmau’s proposal will be discussed in the Governing Board, from the process to the substance,” added the also legislator.

Why convene the Governing Board if it was said that the consultation did not need that authorization?, he was questioned.

“The president wanted to discuss it with the Board”Cruz Burgos replied.

He recognized that as a result of that meeting there could be changes to Dalmau’s proposal.

“The president has always been a person who is very open to dialogue. There could be (changes),” he stressed.

In fact, in his letter Maldonado reminds Dalmau that he announced his proposal without prior consultation with the Governing Board.

Colberg Toro, the man of “controversies”

Likewise, he tells Dalmau that Colberg Toro is an official he trusts and, therefore, when he makes public expressions, “they undoubtedly reflect his position as president of the PPD in a public manner.”

“Mr. Colberg Toro’s expressions immediately denote contempt for a legitimate aspiration that I have to contribute to our entire institution and a minimum lack of impartiality that is expected of electoral commissioners at the central level”said Maldonado, who indicates in the letter that he is waiting for “an institutional response.”

“It is well known that Mr. Colberg Toro is one of his closest collaborators and that he is even the person who, de facto, manages the day to day and makes the decisions of the matters that are dealt with in the Office of the PPD electoral commissioner. Since his appointment last year, his performances have sparked controversy with PDP leaders. Months ago I personally expressed to you about these controversies and you continue to allow them without any consequence”, reveals the vice president of the PPD, who tells Dalmau that she can understand that she “retains” him as a collaborator in political affairs, but not in the position of commissioner alternate election of the PPD.

Last April, Dalmau issued a cease and desist order in the face of political attacks “of a personal nature” among elected officials of the community.

“The Popular Party is in a bad position if the electoral officials and the president’s trust are allowed to publicly attack other popular, only because they express their intention to legitimately aspire to the positions that will be in competition”sentenced Maldonado.