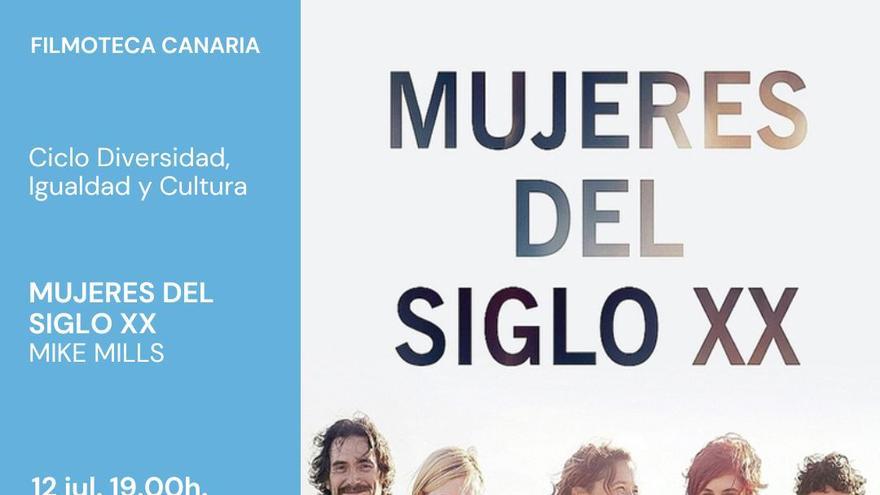 The Canarian Institute for Cultural Development, through the Filmoteca Canaria, organizes a film series with the aim of reinforcing the essential role of Culture in the application of regulatory policies for Diversity and Equality, strategic axes to promote a Culture centered on people and in citizenship, free of gender stereotypes.

Synopsis: In the late 1970s, three women explore love and freedom in California while a teenager experiences coming of age surrounded by these women, his mother and two friends, who will mark him forever. In Santa Barbara, Dorothea Fields (Annette Bening) is an energetic single woman whose biggest concern is the education of her 15-year-old son, Jamie. Unable to control her son, Dorothea enlists the help of two young women: Abbie (Greta Gerwig), a free-spirited punk artist who lives as a guest in the Fields’ home, and Julie (Elle Fanning), the intelligent and provocative neighbor.