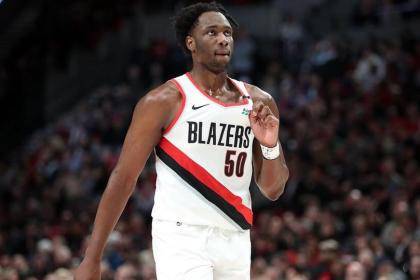 The American Caleb Swanigan, who played in the NBA for the Portland Trail Blazers and the Sacramento Kings, he died at age 25 in Fort Wayne (Indiana, USA), the league reported.

Swanigan passed away on Monday from overnight at Fort Wayne Lutheran Hospital for natural causes No further details have been released so far. “We are devastated. Our thoughts and prayers go out to the family and friends of Caleb Swanigan. The world lost a kind soul. We love you, Biggie,” the official profile of the Purdue team, where Swanigan played in his time, wrote on Tuesday. university.

Swanigan especially stood out in his second season at Purdue (18.5 points, 12.5 rebounds and 3.1 assists on average per game), which opened the doors of the NBA for him. Thus, the player was chosen in the 26th position of the 2017 draft by the Blazers.

Over the next two years, he went back and forth as he went from the Blazers to the Kings and then back to Portland.

Swanigan chose not to play NBA games in the “bubble” of Orlando (USA) in 2020 for “personal reasons” and he no longer returned to the courts. In total, Swanigan played 75 NBA games in three seasons from 2017 to 2020 in which he averaged 2.3 points and 2.1 rebounds per game.