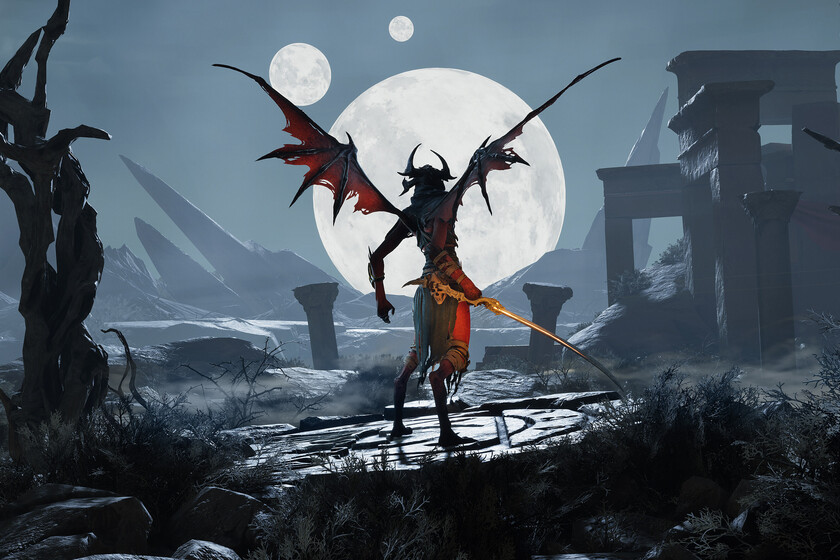 We do it with any video game, but the fact of placing the headphones between the ears is an inescapable ritual. It is a sign that the adventure is beginning, that the action is going to unfold on the screen and we are going to hear it rumbling in our ears.

Aware of the sound potential that a game can generate, the studio The Outsiders has created this year one of the most original FPS that we remember And it is that Metal: Hellsinger proposes us to practically destroy the entire hell, but based on notes composed by groups of legend. Be careful, it is available on Xbox Game Pass for Xbox One and Xbox Series X / S.

Serj Tankian (system of a Down), Randy Blythe (Lamb of God), Alissa White-Glüz (Arch Enemy) and many others have been led by the composer duo Two Feathers to create the soundtrack. On the mechanical side we ran into David Goldfarb, director of Payday 2 and lead designer of Battlefield 3 and Battlefield: Bad Company 2.

What’s the score? A shooter in which we will have to keep the rhythm of the music by shooting. What’s more, the more we synchronize with the music, the more destruction we cause and the more intense the melody will be. A blood festival that culminates in the fall of the Red Inquisitor.

To the formula we must add Troy Baker, one of the most awarded actors in the video game industry, who serves as the narrator. If the story is not enough, we can always access unique challenges with global leaderboards. However, there is a very sweet surprise for each of us.

And it is that in Metal: Hellsinger we can introduce our own playlists with the favorite songs that we have. An excellent way to overcome the icy world of Voke or the oppressive Stygia at the pace of what we like best. Of course, we are talking about a option only available on PC.

Previous La la land and Whiplash return to movie theaters. Find out!
Next How to use a cell phone as a Wi-Fi signal repeater