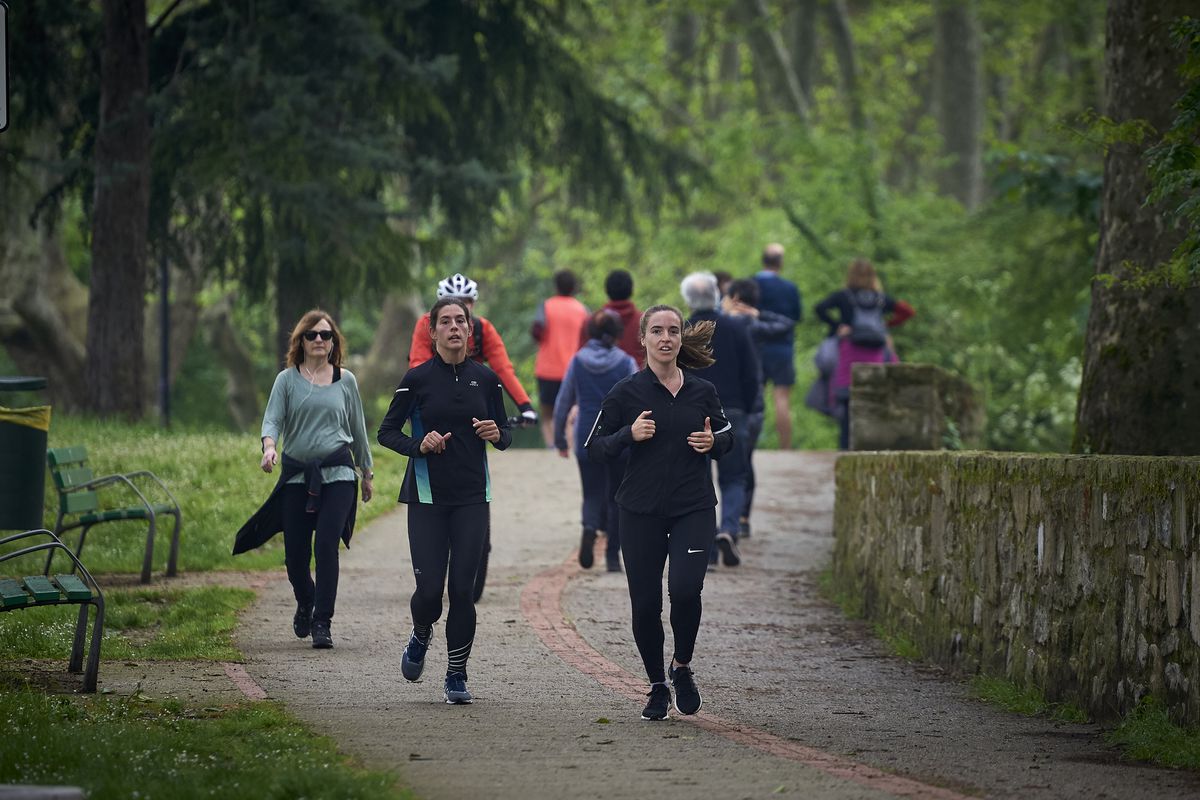 Two investigations published in the October issue of the European Heart Journal Using data from more than 70,000 adults, the UK Biobank recently concluded that just 20 minutes of vigorous physical activity a week could reduce all-cause mortality and reduce the risk of heart disease by 40%.

Drawing on the same British Biobank data and examining the accelerometer records of 25,000 people who did not exercise regularly, with an average age of around 60, and a follow-up of almost seven, researchers at the University of Sydney have published a new article, in this case in the magazine nature medicinein which they ensure that small bursts of just one minute of intense exercise during daily routines (carrying groceries home from the supermarket, walking at a higher pace to work or climbing stairs, for example) could have a great impact on the health of the most sedentary people.

“This is the first study with wearables focused specifically on the effects on health of physical activity that is carried out as part of daily life”, explains Dr. Emmanuel Stamatakis, one of the authors of the research, to EL PAÍS, who points out that since more than 70% of middle-aged people in most countries of the world do not exercise regularly in their spare time, there is a need to better understand how these same people can benefit from incidental physical activity performed during daily routines.

It is what scientists have dubbed “vigorous intermittent lifestyle physical activity” (VILPA), a physical activity carried out during routines that, for Stamatakis, has important practical advantages over structured exercise by not requiring no expense, special arrangement or time commitment, nor travel to a sports facility.

“In our research, we found that as little as three to four one-minute bursts of VILPA per day were associated with a nearly 50% reduction in the risk of cardiovascular disease-related mortality compared with people who did not perform that exercise; and almost 40% in the risk of mortality from all causes and from cancer. We were not surprised to find beneficial associations because we knew that vigorous physical activity is very potent, especially when it is intermittent and repeated, but we were surprised by the large magnitude of the associations considering how little daily physical activity was involved in VILPA in terms of total duration.” , argues the author.

Not surprisingly, the benefits for cardiovascular health observed with just 4.4 minutes of VILPA a day (that is, just 30 minutes of intense physical activity a week) are comparable to those observed in other recent studies carried out using questionnaires and that located the recommendations between 75 and 150 minutes a week of vigorous physical activity carried out in free time.

“This is a very interesting study because it highlights the potential benefits of short bouts of intense exercise in people who do not consider themselves to be athletes and who report that they do not exercise in their spare time, suggesting that short bouts of intense physical activity completed during activities Routine daily activities, for example, walking briskly uphill, climbing stairs, or carrying groceries, even for a total of just 4 to 5 minutes per day, carry important benefits in reducing the risk of death from cardiovascular disease, cancer, or all diseases. causes.” reflects Dr. Fernando de la Guía, coordinator of the Sports Cardiology working group of the Spanish Society of Cardiology.

“What the study tells us is that we have to move. With four minutes you already get benefits, yes, but if we manage to do ten bursts of one minute, much better. And in the end, repeating that routine of 10 bursts of VILPA daily is already getting us closer to the pattern of a person who does physical exercise, to the minimum physical activity threshold recommended by the WHO; and the pattern of the switch phenotype, that is, with more transitions from “sitting” to “moving”, “says Dr. Amelia Carro, a specialist in preventive and sports cardiology and director of the Corvilud Institute in Candás (Asturias), who considers important that the results of this study do not invite people to think that two minutes of movement a day is enough.

“You have to do physical exercise, mainly strength, which are the exercises that we have been forgetting. People continue to go for a walk, but they have stopped carrying shopping bags because they are taken from the supermarket, climbing stairs because they take the elevator, and those muscle-strengthening exercises are essential on a daily basis, ”he adds.

As Stamatakis points out, any domain of daily life is susceptible to becoming VILPA simply by increasing the intensity of the action and carrying it out in a more energetic and vigorous way. “The examples are many, from increasing the pace of the walk for one or two minutes, to choosing to climb stairs instead of using elevators, to choosing routes that involve walking uphill, carrying shopping bags for 100 or 200 meters, or play games that involve intense movement with children or pets”, exemplifies the researcher from the University of Sydney.

For Dr. Fernando de la Guía, this ability to convert daily routines into bursts of physical exercise is precisely one of the important messages that the study leaves in the field of public health. In his opinion, the administrations “should emphasize and promote this type of activity, which is very easy and simple to carry out, among a large population group that is defined as sedentary, who does not engage in physical activity of any kind, because these results reflect that carrying out episodes short periods of more intense physical activity, we would be improving their health”.

An opinion shared by Stamatakis, who believes that if the results of his study are verified by future research, this could lead to a paradigm shift in physical exercise recommendations with implications for public health and clinical guidelines. “Currently, the WHO guidelines on physical activity emphasize that all activity counts, but do not make specific recommendations encouraging short but regular bouts of VILPA throughout the day. Considering the feasibility advantages of carrying out VILPA bursts compared to conventional leisure-time exercise practice, and how few adults exercise regularly, future guidelines would benefit from focusing more on activities that they are carried out as part of daily routines”, he concludes.