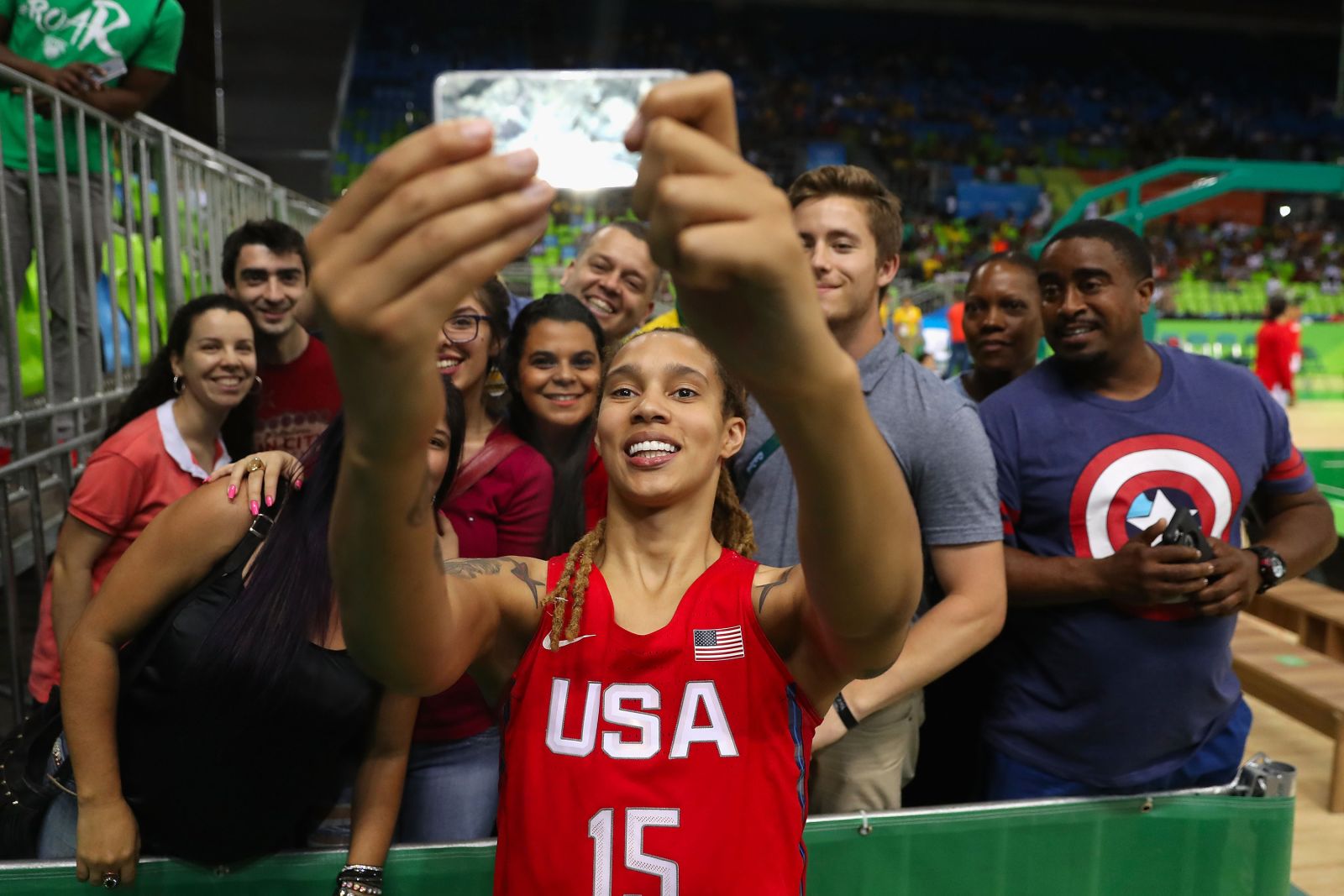 (CNN Spanish) — Brittney Griner, sentenced this Thursday in Russia to nine years in prison, is one of the great stars of women’s basketball in the United States and is also a figure who has made her way in scenarios as disparate as the street murals of Phoenix and the White House. She is also an athlete who has faced, in her own words, the challenges of being a woman, black and lesbian.

From high school to the Olympics

Griner’s talent for basketball—a native of Houston, Texas, where she was born in October 1990—was clear early on: At Nimitz High School, where she regularly practiced with the boys’ team, she broke virtually all records.

Her career with the orange ball later continued at Baylor University, where Griner became one of the first players to consistently dunk in collegiate competition. She helped the team beat Notre Dame and become the National Collegiate Athletic Association women’s national champion in 2012.

In the United States women’s professional basketball league, the WNBA, she has spent her entire career with the Phoenix Mercury, with whom she won the championship in 2014.

But he has also stood out with the national team, with which he has won Olympic gold.

Griner is a very public figure off the pitch as well: from building advertisements to meetings with former President Barack Obama in 2012 and 2014, to Black Lives Matter street murals, his image has a strong presence that has increased markedly after his arrest. in Russia.

Then-President Barack Obama high-fives Griner in the East Room of the White House in August 2015. Obama was honoring the Phoenix Mercury players for their victory in the 2014 WNBA Finals. (Credit: Olivier Douliery/ GettyImages)

The long record of Brittney Griner

Griner’s career is full of awards. She was a two-time Olympic gold medalist.

She was twice recognized as the WNBA Defensive Player of the Year, being the first player from the Mercury franchise to earn the nomination.

Her track record also includes the WNBA Peak Performer Award as the league’s top scorer, among many other accolades.

Griner publicly revealed in 2013 that she is a lesbian, recalls the Encyclopedia Brittanica, and a year later she became the first openly gay athlete to sign a sponsorship deal with Nike.

He has publicly addressed issues about the LGBTQ+ community on multiple occasions. Her memoir, “In My Skin: My Life on and off the Basketball Court,” touched on the challenges she faced as a woman, black, and lesbian.

Griner is currently married to Cherelle Watson, who has actively campaigned for his release. Last month, President Joe Biden and President Kamala Harris spoke by phone with Cherelle, who has not been silent about the criticism of the actions of the United States Government.

In an interview with CNN in early July, after his wife had been detained for more than 130 days, Griner said he wanted officials to do whatever it took to bring her home and needed to see more done. “It’s very, very difficult. This is not a situation where rhetoric is matched by action,” he said at the time.

Brittney was previously married to basketball player Glory Johnson, with whom he had twins before their divorce in 2016.

In the official biography of the WNBA there are a series of curious facts about the life and tastes of Griner. She says, for example, that she loves extreme sports and longboarding, that she has a dog and two pet snakes, that she idolizes Tony Hawk and his favorite movie is “The Notebook.”

And he also says that, if he had not become a basketball player, he would have followed in the footsteps of his father, a Vietnam veteran and sheriff: he would be a police officer.

Britney Griner and the support of her colleagues in the US 1:40

The sentence in Russia: “I hope your ruling does not end my life here”

Griner was detained in February at Sheremetyevo International Airport after authorities discovered less than a gram of cannabis oil in her luggage, according to Russian prosecutors.

This Thursday, and amid concerns that she is being used as a political pawn in Russia’s war against Ukraine, a Moscow court sentenced her to nine years in prison for drug smuggling with criminal intent.

His lawyers said that the court ignored all the evidence they presented and that they will appeal the decision. “I had no intention to break any Russian law. I had no intention. I did not conspire or plan to commit this crime,” the star said before the verdict.

Griner had pleaded guilty and explained that he had a medical prescription for the use of medical cannabis. He was aware of the laws of Russia but, according to his testimony, he packed in a hurry and the marijuana was left in the suitcase by mistake.

His arrest and subsequent trial sparked international outrage, while the US State Department has called his detention unlawful.

Griner, according to a campaign page for her release, competes abroad during the WNBA offseason “for the love of the game, but also in exchange for substantially larger contracts not available to women’s basketball players in the United States.” “.