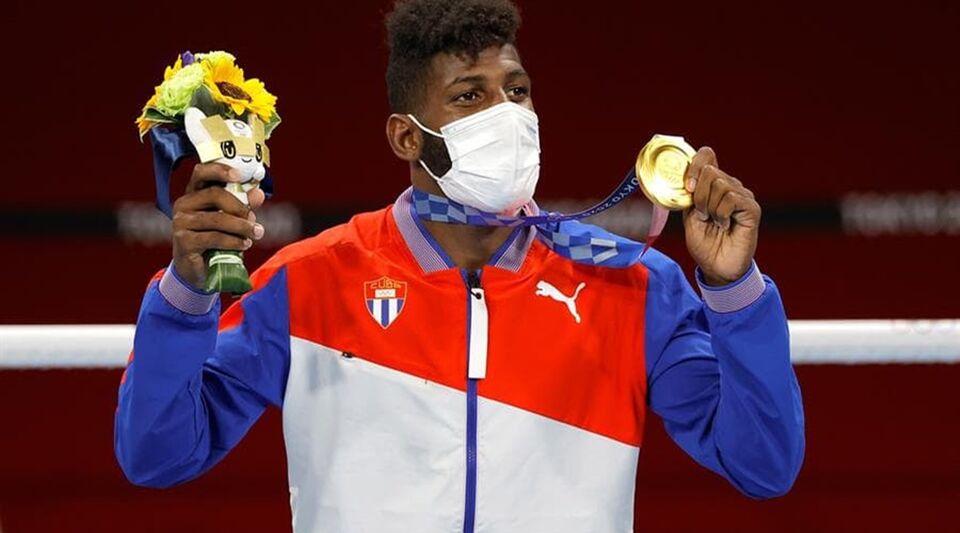 The Olympic champion and great Cuban boxing star Andy Cruz joins the list of athletes who leave the island. According to the Cuban journalist residing in the US Willie Suárez, the boxer is in the Dominican Republic, where he has been located after the authorities They pointed out that he did not appear at the Playa Girón National Boxing Championship.

“We can already confirm it. Andy Cruz, on his way to professional boxing. Andy was expected at the tournament yesterday and did not appear. They automatically went looking for him everywhere and did not find him. Andy is already out of Cuba and very soon, in I live with Willie Suarez,” the specialist announced on his Facebook page. Cuban Boxing, from which he reviews current sports on the Island.

The official magazine Hit He had announced hours before the beginning of the tournament in Playa Girón. “The two-time Olympic champions Roniel Iglesias, Arlen López and Julio César La Cruz lead the registered stars, a list from which Andy Cruz is absent,” the note indicated. According to commissioner Alberto Puig de la Barca, “he was absent from the last days of training and traveled to the competition venue.”

Andy was expected yesterday at the tournament and didn’t show up. They automatically went out to look for him everywhere and did not find him. Andy is already out of Cuba”

Since then, according to Willie Suárez, he was sought everywhere. Cruz was considered one of the great stars of national boxing, however, he was excluded from the Domadores de Cuba team, which participated this May in the Palenque de la Feria de San Marcos, in Aguascalientes (Mexico).

The formation of this group meant the return to professionalism in this sport after decades of amateurism, promoted by Fidel Castro, who described professional boxing as “inhuman and lacking in principles.”

Rolando Acebal, his main trainer, attributed the exclusion of the man from Matanzas to “a decline in his performance and attitude in the gym.” According to the expert, it was “a somewhat strategic decision.” “Now it’s not very healthy for it to go to that high,” he added. That exclusion could have been the trigger.

“Andy left Cuba just as all of us who were born in it left it and one day we sadly said goodbye to him. He did not betray anyone or abandon anything. Being young, Andy finally dreams of living in freedom and with the opportunity to fight for a better future where there are options without them being imposed”, added Suárez in a post of Facebook in which he adds that there are people responsible for exits like this.

“Cuba is the cradle of talent where in every corner a boxer is born with the possibility of being an Olympic and world champion. In Cuba they are forged but they cannot be forced to think in one way or live in the old fashioned way based on ideologies that neither their parents share,” he considers.

In his opinion, absurd situations occur such as not allowing boxers to have tattoos, and other more serious ones, such as coaches not defending their fighters from political charges, school employees stealing food from athletes and journalists they pressure athletes to say things based on their convenience.

An example of the latter, according to the reporter, are the latest statements by Cruz himself who, after being excluded from professional competition, said that he would continue to focus on doing his job and denied “those false comments that are being made on social networks” in reference to who already speculated with his departure. In Suárez’s opinion, the boxer was being pressured to stay.

“The Federation did everything possible including compromising him, putting pressure on him by producing a video in front of ‘journalists from Hit‘ where Andy is seen expressing his gratitude for the opportunity to box in Cuba and debunking rumors on social media (which were always true). The Cuban sports administration did not count on the cunning of Andy who (apparently) was already prepared to take the step that he took”, adds Suárez.

The boxer is one of the athletes who were awarded by the Government of Cuba after obtaining Olympic medals in Tokyo 2020 (held in 2021 due to the pandemic). The champions were presented with high-end Mercedes-Benz cars in January and most of them were very grateful to the authorities and the late Fidel Castro. With the departure of the boxer, there are now two winners who leave the vehicle on the island, after the departure of canoeist Jorge Enríquez, who arrived in the US in March.

Collaborate with our work:

The team of 14ymedio is committed to doing serious journalism that reflects the reality of deep Cuba. Thank you for joining us on this long road. We invite you to continue supporting us, but this time by becoming a member of our newspaper. Together we can continue transforming journalism in Cuba.