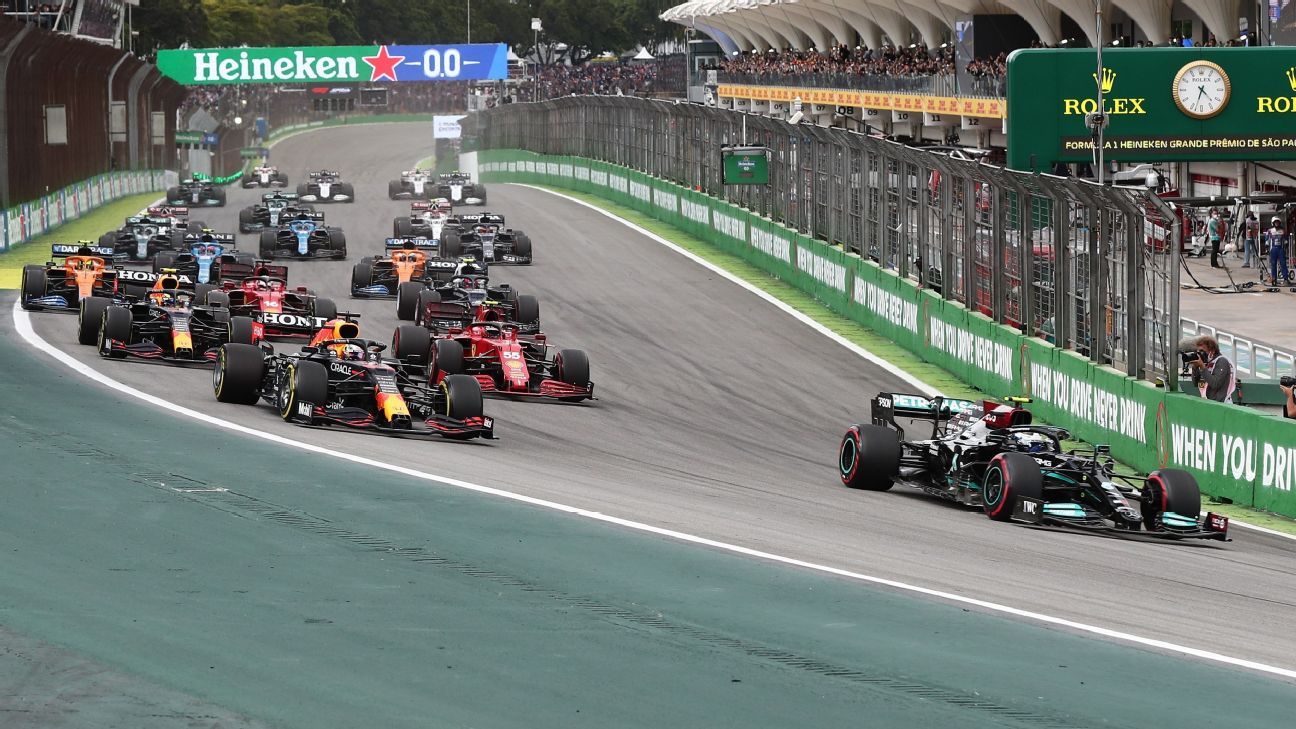 Finn Valtteri Bottas (Mercedes) won the sprint event held at the Interlagos circuit and will start first this Sunday in the Brazilian Grand Prix (in Sao Paulo this year), the nineteenth of the 22 that make up the Formula One World Championship.

Bottas won in front of the Dutch Max Verstappen (Red Bull), leader of the championship, and the Spanish Carlos Sainz (Ferrari) a test contested to 24 laps, to complete a route of 103.4 kilometers (just over a third of this Sunday’s race, scheduled for 71 laps). Apart from starting in that position from the grid this Sunday, the three added three, two and one points, respectively, in the World Cup.

The FIA, after more than 20 hours of deliberation, decided to take the times from Mercedes’ English due to the irregularity in its DRS (it exceeded the 85-millimeter opening limit). He will start from the bottom in the sprint.

The seven-time English world champion Lewis Hamilton – who lost five places on the grid for changing the combustion chamber of his Mercedes – and who, disqualified from Friday’s qualifying for a technical infraction related to the DRS (aerodynamic grip reduction) system, came out Last, he finished fifth, behind Mexican Sergio Pérez (Red Bull)

Hamilton, now 21 points behind Verstappen, It will therefore start from the tenth place on the grid this Sunday, in a race that the Spanish Fernando Alonso (Alpine) will face from twelfth place.

The Englishman Lando Norris (McLaren), who turned 22, finished sixth and thanks to the sanction of his compatriot he will start fifth.

From sixth place the Monegasque Charles Leclerc (Ferrari) will do it, ahead of the French Pierre Gasly (Alpha Tauri) and Esteban Ocon (Alpine), who will start seventh and eighth, respectively.

The quadruple German world champion Sebastian Vettel (Aston Martin) will start this Sunday from ninth on the grid.