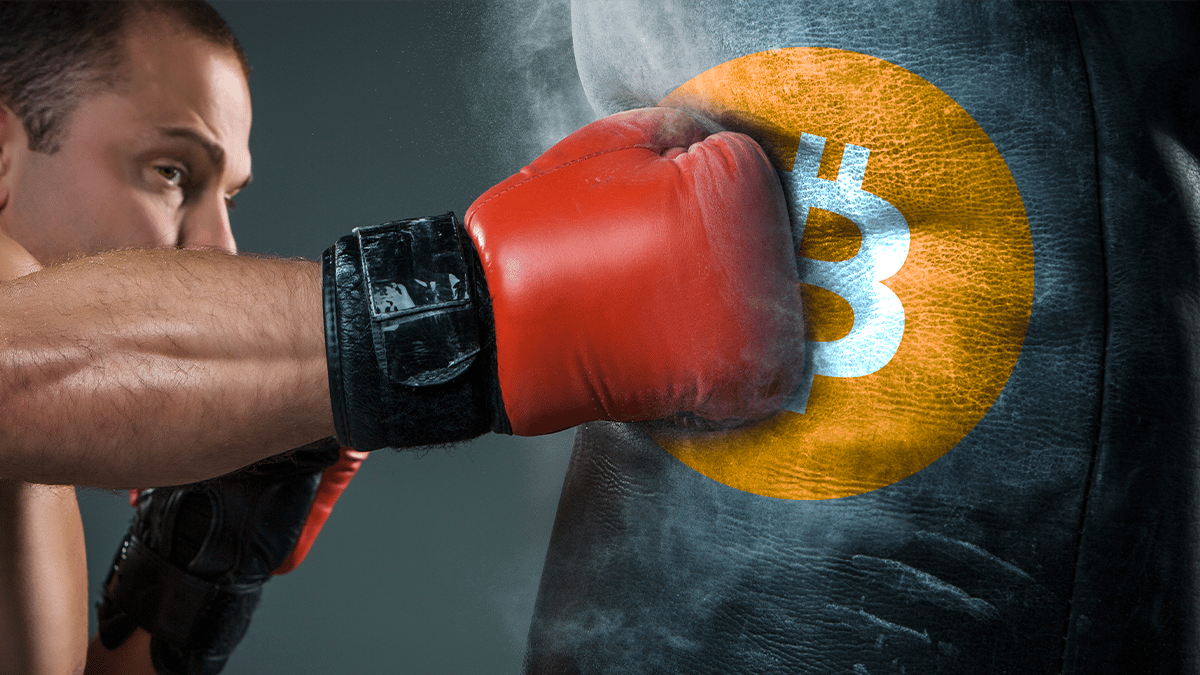 There is a popular saying that “do not make firewood from a fallen tree”. In other words, that you should not take advantage of the bad moment of something or someone to publicly point out their supposed defects. That is what many media in the world are doing with bitcoin (BTC) in the face of the fall in the price of the cryptocurrency.

To be honest, there is something going for those who speak or write with terms like “bitcoin curse”, “the death of bitcoin” or the “bitcoin crash”. It is that they are consistent with the passage of time, since they have repeated the same before each bearish cycle of the cryptoactive.

Reading this kind of thing, I think that we must keep a cool mind and assess where the criticism is coming from. Among other things, one must ask who finances this journalistic company and from what position do they think.

In addition, it must be considered that a factor (the price) is being attacked, which is not one of the most important for those who believe in bitcoin as a superior monetary system.

Why so much hatred with bitcoin?

The media have interests, we cannot ignore it. They write from a position, which implies not only “defending” certain actors by pointing out their beauties and virtues, but also pointing the finger at those who are on the other side.

You, reader of this column, as well as I, we often come across advertisements for banking and financial entities on information portals. It is normal that these ads represent a major source of income for many media, along with the millionaire state advertising.

From personal experiences in other media in which I work, I can assure you that, when there is an advertising pattern involved, there are certain topics that are not touched. There are also adjectives that in no way can be joined with the names of certain entities or characters. It doesn’t happen in all the media, but many journalists have experienced it.

Bitcoin is a type of digital money that bypasses banks and whose issuance cannot be controlled by governments. With this in mind, We can’t pretend that everyone wants it.

And for that also, we must accept that, in times of red numbers, the pages of portals and newspapers and television screens are dyed a sensational and almost apocalyptic yellow when talking about bitcoin. The same does not happen with the traditional monetary and financial systemwhich is riddled with scams and other issues that rarely lead to as deep and bloody an analysis as cryptocurrencies.

But we must be prudent and not lose sight of the fact that this has already been experienced and that bitcoin’s core values ​​always emerge intact from the media carnage.

In previous bear markets, bitcoin also made headlines of traditional media. Perhaps the fury was minor, as was his popularity. But what is relevant is that he was not affected by the noise. Not only did his price multiply after this, but his most basic principles remained unchanged.

A bitcoin is still worth a bitcoin. This simple phrase is useful to express that, regardless of its value in dollars, bitcoin is still valuable for its properties. Free money, incorruptible, without intermediaries, scarce and uncontrolled by any entity.

This is unquestionable and that is why the media do not dare to mess with those values. They can’t dispute them, and then they are left with only the price.

I am not saying that the market value of the cryptocurrency is not relevant. Behind these movements there are events to analyze and, why not, opportunities to take advantage of.

But we can’t let the flame of a red candle on a chart ignite a fire of fear and uncertainty that the media is so good at fueling. You have to be cautious, not get carried away and think long term. See the forest and not the tree, as they say.

Please keep all of these mitigating factors in mind the next time (or the next few times, rather) you read headlines about blood, death, doom, or tragedy tied to bitcoin. Or when an acquaintance who perhaps doesn’t even know what cryptocurrencies are eaten with tells you that bitcoin was a bubble that “had to burst at some point.”