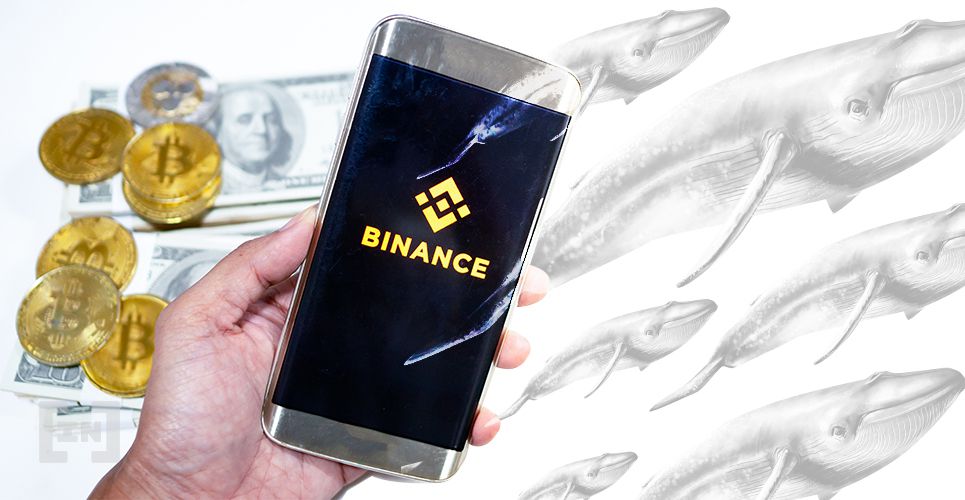 The total bitcoin market is in full decline seeing its price breach the $18,000 level. If there is so much panic, why are the big hands buying bitcoin?

The data on-chain of coins related to Binance show that one of the world’s largest cryptocurrency exchanges is starting to buy the bitcoin crash. According to data collected by BitInfoCharts from a well-known wallet owned by Binance, a gigantic bitcoin purchase was made yesterday, July 18, specifically 101,266 BTC.

The exchange used a bitcoin wallet with the number 44434365 for this transaction. It is a cold storage wallet according to BitInfoCharts. The wallet currently contains some 353,863 BTC tokens, valued at 7,025,905,968 USD.

This account regularly makes large-scale movements both for the purchase and sale of bitcoin, however the entry of more than 100,000 units of bitcoin in purchases far exceeds the average.

Binance’s large bitcoin purchase has already had its effects on activity within the crypto exchange’s global network, increasing the token’s liquidity within the exchange. Total liquidity between the two stands at 874 at the time of writing, according to data from CoinMarketCap.

After the recent purchase by Binance, there has been a slight increase in the price of the token, registering an increase of almost 1.30% in the last 24 hours. Because bitcoin is registering such sharp falls, panic is infecting investors, especially new ones who have never experienced the drama of entering a bear market or from private investors with weak hands who can’t afford to see their investment go down that much, forcing them to sell.

On the other side of the spectrum are the big hands, who know very well when to push the red and green button depending on the market situation. By holding so much capital, they have enough liquidity to withstand a prolonged bear market. The big hands analyze these circumstances as a sale and therefore buy some cryptocurrencies in large quantities, a very lucrative business in the long term.

Just today, Elon Musk, CEO of Tesla and SpaceX and co-founder of The Boring Company and Neuralink, has admitted that he is buying the dip of another cryptocurrency, Dogecoin. Single this information is giving DOGE a 10% boost to the meme cryptocurrency. Manipulate or influence the price of a altcoins it is relatively simple, however bitcoin has too large a capitalization to make a change with a single event.

To get the price of bitcoin to rise, the crypto market will have to get rid of the bad news that has haunted it since the crash of Luna and TerraUSD (UST): releasing the unilateral freeze on Celsius funds due to a liquidity crisis, correcting the loss of parity of stETH from ETH, that Three Arrow Capital finds a solution to its possible bankruptcy or that the protocols establish trust without problems to withdraw capital as has happened with Babel Finance.

It is clear that the market needs time to solve all the open gaps.