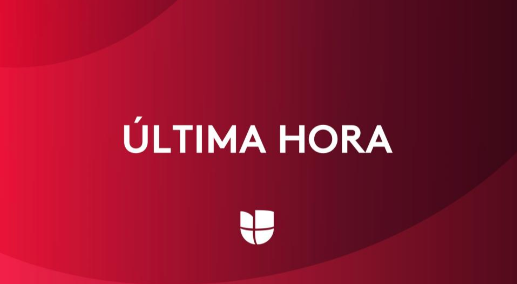 President Joe Biden prepares to sign his $ 1.2 trillion infrastructure plan this afternoon (trillions in English), a bipartisan agreement that has been regarded as historic at a time of wide political fractures.

“For too long, we’ve talked about having the best economy in the world. We’ve talked about asserting American leadership in the world with the best and safest highways, railroads, ports, and airports. Here in Washington, I heard countless speeches, promises. But Today, we are finally getting there. And my message to the American people is: ‘America is moving again. And your life is going to change for the better,’ “Biden said before signing the law.

Biden further said the law “is proof” that both parties “can deliver real results for real people.” “My fellow countrymen, I want you to know today that we hear you and we see you,” Biden said at a signing ceremony on the White House lawn. “The bill that I am about to enact is proof that despite the cynics, Democrats and Republicans can come together and produce results. We can do this. We can deliver real results for real people.”

Congressmen both Democrats and Republicans joined those comments by Biden, recalling the importance of reaching bipartisan agreements to carry out projects that are necessary for the country.

Senate Majority Leader Chuck Schumer and House Speaker Nancy Pelosi applauded the bipartisan infrastructure bill before President Biden signed it into law: “The signing of today is a great and historic step forward, “said Schumer. “We will continue to work with you, Mr. President, to build on today’s success by approving the remainder of your ‘Build Back Better’ agenda in the coming weeks,” he added.

Pelosi thanked Biden for his efforts and praised his “glorious vision” and his commitment to moving this legislation forward.

“On a historic day,” Vice President Kamala Harris said. “Biden is in equal parts a builder and a believer,” added the senior official to explain that the Democratic president believes in consensus to advance the political agenda in the midst of times of serious divisions.

It took time and negotiations

The White House took several days for President Biden to implement this law, waiting for the congressmen to return to Washington DC and, surely, to be able to organize something that helps project the triumph of the White House ( especially counting the bad news that Democrats have received in recent weeks, such as their defeat in Virginia).

The infrastructure plan aims to improve from public transport to high-speed internet access, as well as accelerate the US auto industry’s share of the electric car market. However, some doubt that the proposed spending to meet the plan can be as transformative as Biden has promised.

The president has described the infrastructure plan as “a one-time investment in a generation” that will create millions of jobs, modernize the country’s infrastructure and lay the foundations to combat climate change. It is estimated to be the biggest gamble since the creation of the interstate highway system in the 1950s and 1960s.

“It puts us on the path of winning the 21st century economic competition that we face with China and other large countries and the rest of the world,” Biden said in a message after the law cleared the last hurdle in Congress.

These are the main points that the agreement and the investment stipulated will address:

The investment in this line is $ 110 billion. They are intended to repair the nation’s aging road infrastructure: one in five miles on highways and major roads is in poor condition, according to the White House.

The spare parts also include some 45,000 bridges that, according to official data, are also in poor condition. Rebuilding major and smaller bridges will involve an investment of nearly $ 40 billion that lawmakers described in the text of the law as the largest investment to be made since the interstate highway system was built in the middle of the last century.

The legislation includes the first “Safe Streets and Roads for All” program that will support projects to reduce traffic fatalities.

The investment in this area is $ 39 billion.

A large portion of that money will go to transportation systems in major cities, such as New York City.

The investment amount is 66,000 million dollars.

It includes the maintenance and modernization of Amtrak, the medium- and long-distance rail service that connects the United States with Canada. It also includes modernizing the Northeast Corridor (running from Boston through Providence, New Haven, New York City, Philadelphia, Wilmington, and Baltimore to Washington, DC) and bringing rail service out of the Mid-Atlantic and Northeast.

The investment amount in this line is 7.5 billion dollars.

By building a national electric vehicle charging network, the Biden administration seeks to accelerate the participation of the US auto industry in a market that is one-third the size of the Chinese electric vehicle market.

The plan is to deploy charging stations along highways to facilitate long-distance travel and in communities where people live, work and shop, the White House statement said.

The investment is also seen as a “critical step” in Biden’s strategy to fight the climate crisis and create jobs in the US manufacturing industry.

Also included is $ 5 billion for the purchase of electric and hybrid school buses to reduce dependency on diesel use.

The investment amount is $ 65 billion.

The new law contemplates the construction of thousands of miles of new lines for the transmission of renewable energy and that withstand adverse weather conditions.

The plan also calls for the financing of new programs that will support the development and deployment of clean energy technologies to accelerate the move towards a zero-emissions economy.

The investment amount is 55,000 million dollars.

It contemplates the expansion of the infrastructure to facilitate access to drinking water. According to the White House, some 10 million homes and 400,000 schools and childcare centers in the country face problems of access to safe water.

Biden’s plan also calls for $ 15 billion to replace lead pipes and another $ 10 billion to combat water pollution from chemicals associated with Teflon production, it reported. The Associated Press.

The agreement contemplates the deployment of infrastructure to improve high-speed internet access in rural communities and for low-income families. More than 30 million Americans live in areas where there is no broadband infrastructure that offers minimally acceptable speeds, according to the White House.

The investment is $ 42 billion.

The legislation contemplates $ 17 billion in port infrastructure and waterways. $ 25 billion will also be spent to improve airport infrastructure, such as runways, taxiways, terminals, and air traffic control towers.

Previous Luis Suárez warns about the Honduran players, the arrival of Bolillo Gómez and the situation of Keylor Navas – Diez
Next Now or never! The PS4 controller you want at the price of a scandal