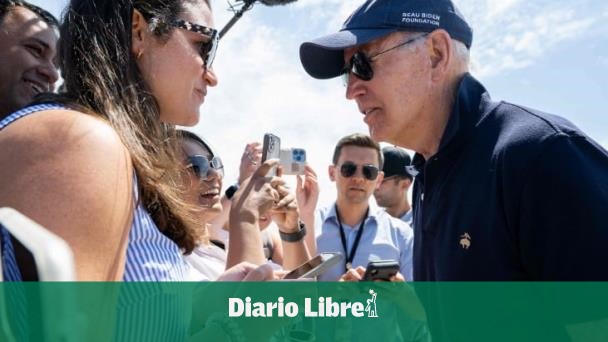 The president of the USA Joe Bidenwho is vacationing at his home in Rehoboth, Delaware, lashed out at a reporter on Monday after she asked him about the possibility of a recession in the country’s economy.

The reporter asked him about comments made by economic experts that “a recession is more likely than ever.”

“No, most of them aren’t saying that. Come on, don’t make stuff up, okay? Biden replied. “Now you sound like a Republican politician. I kid you. It was a joke,” Biden continued.

“But jokes aside, no, I don’t think it’s inevitable,” Biden said. “I was talking to former Treasury Secretary Larry Summers this morning, and there is nothing inevitable about a recession,” Trump said.

Biden also noted that he is considering a temporary federal exemption from the gas tax, potentially saving US consumers up to 18.4 cents on the dollar per gallon.

“Yes, I am considering it,” Biden told reporters after taking a walk on the beach. “I hope to have a decision based on the data, maybe by the end of the week.”

The government is increasingly looking for ways to help consumers in the face of soaring fuel prices, which began rising last year and spiked after Russia invaded Ukraine in February. The average gas price nationwide is just under $5 a gallon, according to the American Automobile Association (AAA).

The Biden administration has already released oil from the US strategic reserve and increased ethanol blending for the summer, in addition to sending a letter last week to oil refiners urging them to increase their refining capacity. However, those efforts have not yet significantly reduced price pressures, so the government is now considering a temporary elimination of the gasoline tax. Taxes on gasoline and diesel help pay for the roads.

The Penn Wharton Budget Model (PWBM) economic think tank released estimates Wednesday showing consumers saved because of gas tax breaks in Connecticut, Georgia and Maryland. Most of the savings went to consumers, rather than service stations and others in the energy sector.

In an interview Sunday on ABC’s “This Week,” Treasury Secretary Janet Yellen expressed her willingness for a federal tax break on gasoline to provide some relief to motorists.