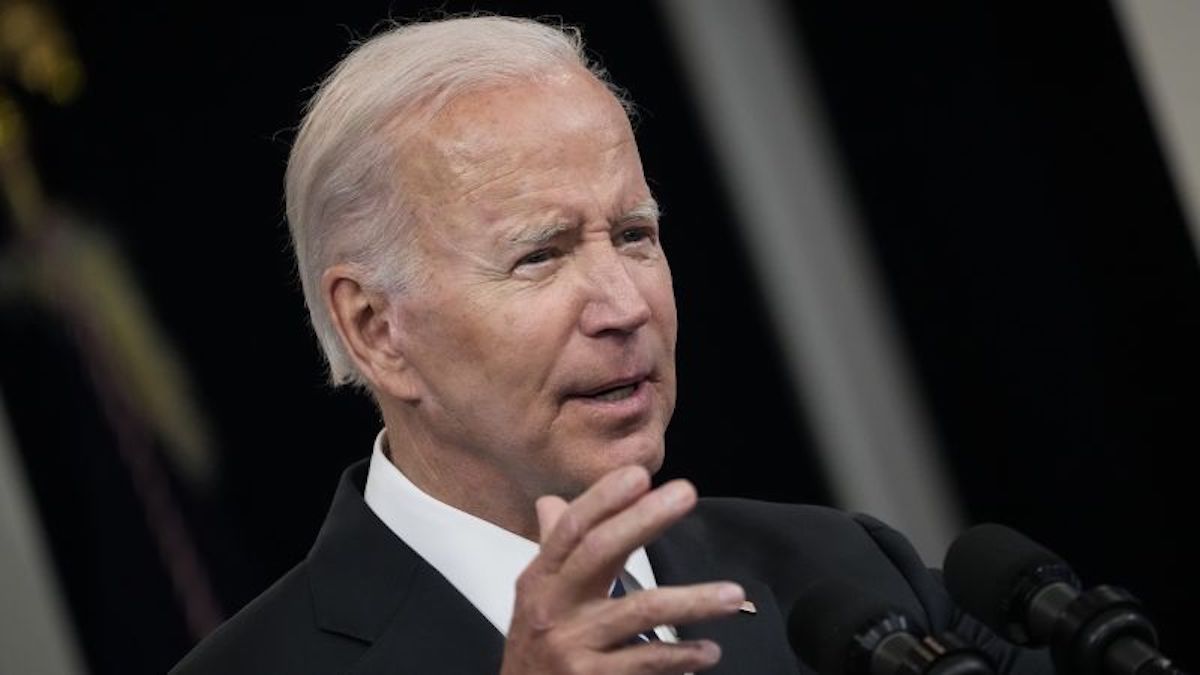 OPINION: There are no good solutions for the immigration issue 5:15

(CNN) — President Joe Biden pardoned six people who had already served time for their offenses — including drug offenses and manslaughter — and who became active members of their communities after their release.

The White House said Biden believed in second chances and that those he granted clemency on Friday had “demonstrated a commitment to bettering their communities and the lives of those around them.”

The list includes Beverly Ann Ibn-Tamas, an 80-year-old Ohio woman who was convicted of murder for shooting her husband when she was 33. She testified that her husband physically assaulted and threatened her moments before killing him, but the court did not allow expert testimony on “battered woman syndrome.” On appeal, she was sentenced to up to five years, a milestone considered toward judicial recognition of battered woman syndrome.

Also on the list is a 66-year-old Arizona man, Gary Parks Davis, who pleaded guilty to using a phone to conduct a cocaine transaction when he was 22. He served a six-month sentence and completed probation in 1981, earning a bachelor’s degree and volunteering in his community ever since.

Edward Lincoln De Coito III, a 50-year-old California man, pleaded guilty to one count of marijuana trafficking when he was 23 years old. He served more than a year in prison and has served in the US Army and Army Reserves ever since.

Vincente Ray Flores was court-martialed when he was around 19 years old for using ecstasy and alcohol while serving in the Army. After being sentenced to four months in confinement, he participated in a program to return to military service and remains on active duty, earning various honors from the armed forces.

It is not uncommon for a president to use the clemency authority for a military court martial, but in the past it has not been without controversy. In 2019, then-President Donald Trump pardoned two ex-servicemen and reinstated the rank of a third accused of much more serious crimes than Flores.

At the time, Secretary of Defense Mark Esper and other senior military leaders told Trump that a presidential pardon could harm the integrity of the military judicial system and the ability of military leaders to ensure good order and discipline. .

Charlie Byrnes Jackson, of South Carolina, pleaded guilty to an illegal whiskey transaction when he was 18 years old. After completing his parole in 1969, he has been active in his community, even helping to renovate his church.

And John Dix Nock III, a 72-year-old Florida man, pleaded guilty to one charge related to a marijuana grow house. He completed community release in 1997 and since then has worked as a general contractor and has helped mentor young people seeking to enter the profession.

A White House official said the pardons were granted through a “deliberative process” that was closely coordinated with the Justice Department.

The six pardons Biden issued Friday came after he issued a wide-ranging pardon for all previous federal offenses of simple possession of marijuana, a move that senior administration officials said would affect thousands of Americans accused of that crime.

The first pardons of the Biden presidency came in April when he issued full pardons for three people along with commuting the sentences of 75 people serving time for non-violent drug offenses as part of “Second Chance Month.”

“President Biden believes that America is a nation of second chances, and that providing meaningful opportunities for redemption and rehabilitation empowers those who have been incarcerated to become productive, law-abiding members of society,” he said Friday. a White House official. “The president remains committed to providing second chances to people who have demonstrated their rehabilitation.”

Previous Movie releases 2023: The 10 most anticipated films
Next They remember a video of a police officer and a guard kissing at the TransMilenio station; divide opinions online