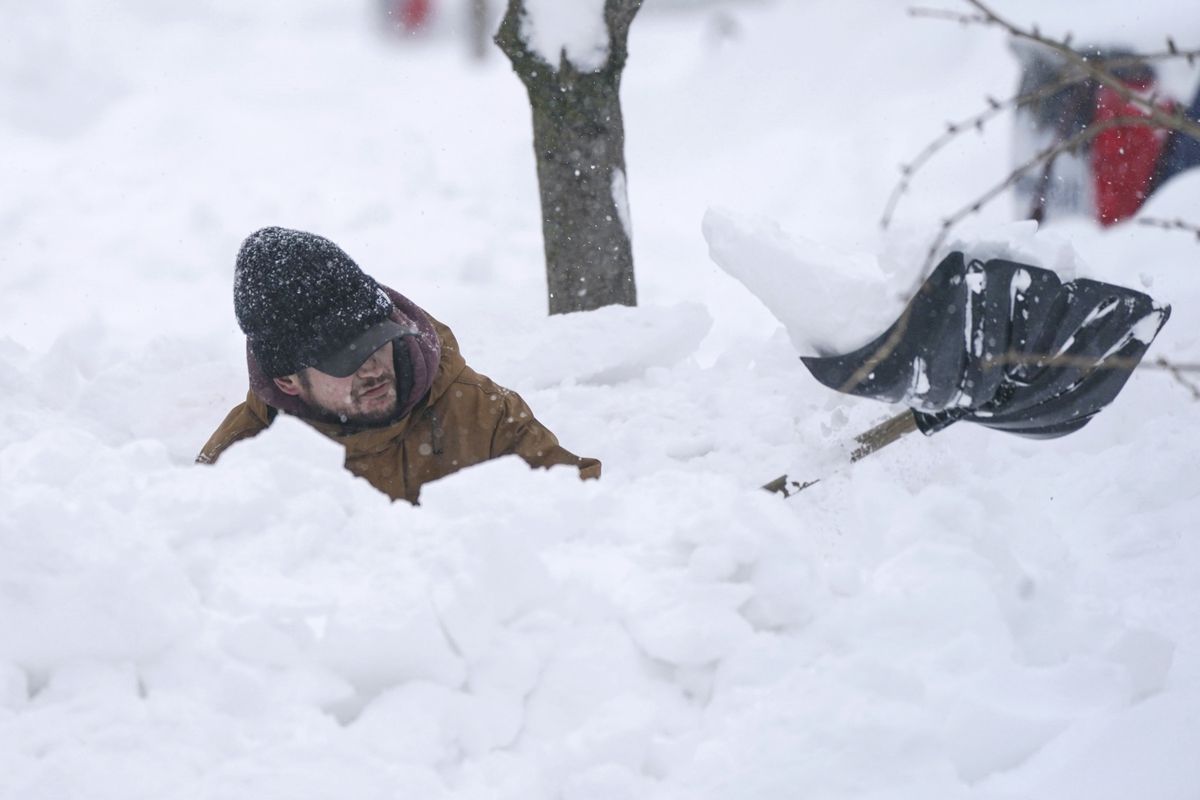 The President of the United States, Joe Biden, has approved the declaration of emergency for the State of New York, which facilitates the necessary federal aid to assist those affected by the historic winter storm that has crossed the United States during Christmas, reported the White House in a statement released late Monday. The balance of fatalities in the Buffalo region (northwestern New York State) reached 28 on Monday night, more than half of those registered in the country. It is foreseeable that, as the snow is removed from the roads – there are dozens of cars trapped – the number of victims in the epicenter of the catastrophe will increase, regional authorities warn. The storm is now moving to the west coast of the country while temperatures are moderately mild in the Midwest and East, according to the National Weather Service (NWS, in its English acronym). Chaos persists in air traffic, with 2,800 flights canceled and more than a thousand delayed this Tuesday.

Although administratively distinct from the disaster declaration ―equivalent to the catastrophic zone―, which implies an automatic credit line for reconstruction, the White House emergency declaration authorizes FEMA (abbreviation in English of the federal emergency agency ) to “identify, mobilize and provide, at their discretion, the necessary equipment and resources to mitigate the impacts of the emergency” in Erie and Genesse counties, the most affected, according to the White House statement. In other words, to reinforce the rescue efforts, made difficult by the adverse weather conditions. Buffalo fire trucks were stranded throughout Saturday by the blizzard.

In addition to the local and state police forces and firefighters, the deployment since Friday of hundreds of members of the National Guard, a shock force in charge of guaranteeing public safety (in the event of riots, for example) and helping in natural catastrophes, facilitated the rescue in the last few hours of “hundreds of trapped residents,” said the mayor of Buffalo, Byron Brown. New York Gov. Kathy Hochul, a Democrat from Buffalo, said law enforcement intervention led to 500 rescues on Sunday alone, including delivery assistance. As in the previous days, the authorities’ priority continues to be saving lives and safeguarding public safety, although Mark Poloncarz, head of Erie County, is confident that the White House will soon approve the disaster declaration.

Thousands of homes are still blocked by snow and hundreds of businesses are closed in the epicenter of the storm, the town of Buffalo, the administrative seat of Erie County, on the border with Canada and on the banks of a lake of the same name that has become a gigantic ice rink. Most roads in both counties remain impassable, with a driving ban in place, while the city’s airport has extended its closure for at least another 24 hours, until Wednesday morning. The circulation of buses, trains and other means of public transport remains suspended until further notice. As of Sunday night, power was restored to 94.5% of Erie County homes and 87% of Buffalo County homes, according to Gov. Hochul.

While experts point to the duration of the perfect storm – four full days of extraordinarily strong winds, freezing temperatures and heavy snow – as an explanation for the magnitude of the catastrophe, some voices wonder if the population was sufficiently warned of what was coming . The main electricity company in the country sent its subscribers emails and messages in the previous days, advising that the weather conditions could cause supply cuts, as well as advice to cope with the eventual emergency. Erie County manager Mark Poloncarz said the storm hit the region “exactly” as predicted, “and even more intensely.” How far the forecast reached is a matter of debate, although not too heated, on the networks, the only means of communication for hundreds of people who are still locked up in their homes.

Nearly 70% of the nation’s population has been facing some sort of watch or warning related to extreme winter weather since Thursday, with abnormally low temperatures at this time from the Great Lakes near Canada to the Rio Grande in along the border with Mexico. The portal poweroutage.us, which counts the power outages in the country, calculates this Tuesday that some 96,500 customers are still affected by power outages, mainly in the States of Oregon and California, both in the west of the country.

Previous Will the series Betrayal have a second season on Netflix?
Next IT companies, learning from a difficult situation