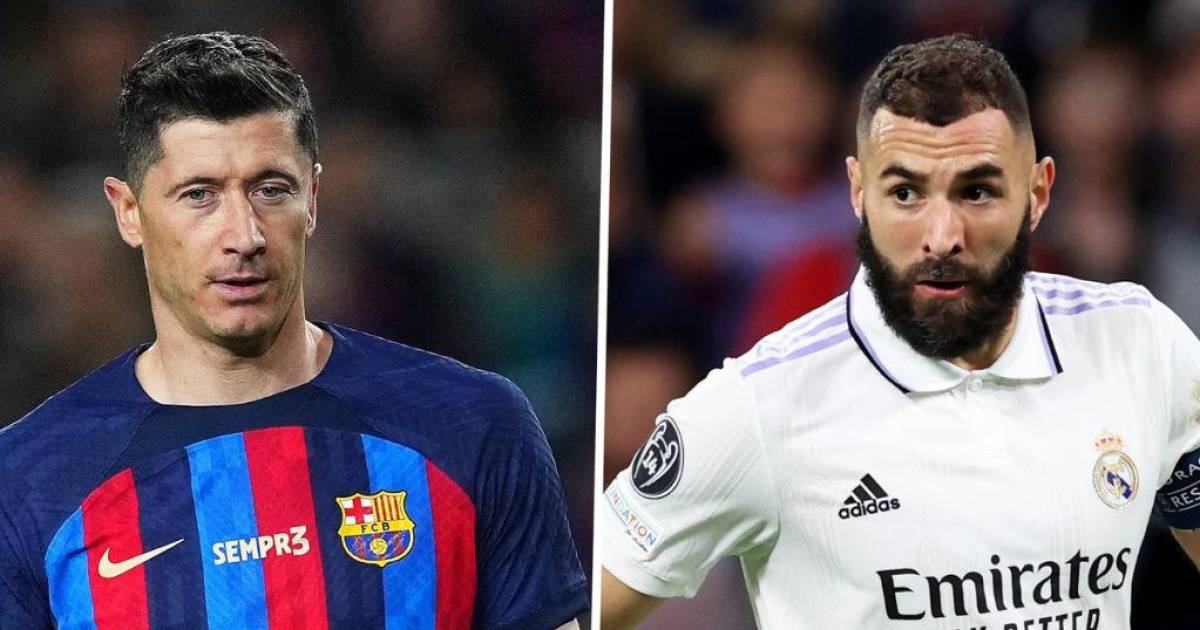 The Spanish League returned before the end of the year 2022 and with many emotions, including the triumph of Real Madrid against Valladolid and the tie of the Barcelona in the derby against Espanyol.

Karim Benzema He returned in a good way by scoring two goals this Friday to get into the fight in the scorers tablewhich leads Robert Lewandowski.

The attacker of Real Madrid He already has seven goals, although he is still far from the 13 of the Polish forward of the Barcelona.

See: The table of positions of the Spanish League

Joselu, who scored a penalty for Espanyol’s 1-1 draw at FC Barcelona this Saturday at the end of matchday 15 of the Spanish League, joined Borja Iglesias (Betis) and Vedat Muriqi (Mallorca) in the second step of the table of scorers in Spain.

All of them have accumulated eight goals in this League, five behind the leader, the Pole Robert Lewandowski (FC Barcelona), who did not add in the derby of the Catalan capital, a duel that he was able to play after receiving the precautionary suspension of a three-game sanction for his November expulsion against Osasuna.

Table of scorers of the Spanish League:

Previous Together with Alberto Fernández and other leaders, more than 300,000 people will attend the inauguration of Lula Da Silva
Next About Fate – Movie – 2022 – Review | Cast | Premiere | Duration | Synopsis | Awards