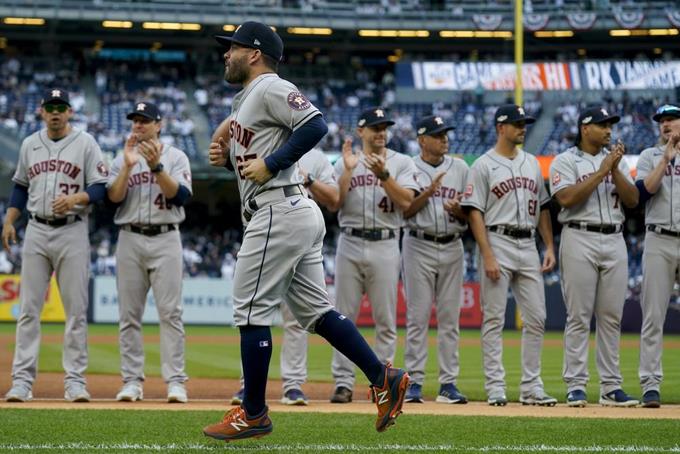 BASEBALL – There are no African Americans in this World Series

There are no black players in this World Series.

Looking around Memorial Stadium before the start of Game 1 of the 1983 World Series, Philadelphia Phillies outfielder Gary Matthews saw plenty of black talent.

“There were a lot of us,” recalls Matthews.

This week, when fans see the lineups for the Houston Astros and Phillies to kick off the October Classic, the picture is going to be very different.

To be taken into account, the Venezuelan José Altuve, of the Astros; and the Dominican Jean Segura, of the Phillies, are two of the many Latin American players who put diversity on payrolls.

But for the first time since 1950, shortly after Jackie Robinson broke the major league color barrier, there will be no African-Americans in this World Series.

“That’s revealing,” said Bob Kendrick, president of the Negro Leagues Baseball Museum in Kansas City, Missouri. “It is alarming that with two cities that have large African-American populations, there are not a single black player.”

“It lets us know that there is obviously a lot of work to be done to create opportunities for black children to follow their dreams at the highest level,” he said.

Robinson debuted in 1947 with the Brooklyn Dodgers and played in the World Series that year. Since then, the matchup between the New York Yankees and the Phillies has been the only World Series without black players.

Houston and Philadelphia will announce their 26-player rosters several hours before the first game Friday night at Minute Maid Park, where Dusty Baker, a black outfielder with the Los Angeles Dodgers who won the fall classic in 1981, manages the Astros. .

Starting in 1954, when Willie Mays and the New York Giants played Larry Doby and the Cleveland Indians, every team that made it to the World Series had at least one African-American player, until the 2005 Astros didn’t.

During that half century, black stars like Hank Aaron, Barry Bonds, Lou Brock, Bob Gibson, Rickey Henderson and Frank Robinson shone in October. In 1979, Willie Stargell and Dave Parker were among 10 black players on the Pittsburgh Pirates to win the title.

For most of that time, baseball was clearly America’s dominant sport, the national pastime. Over the years, as the popularity of football and basketball increased, baseball became more expensive, with an emphasis on elite travel and exhibition teams.

“Guys started moving on to other sports,” Matthews said.

“It’s a story that’s been going on since the late 1980s, the decline of black ballplayers,” says Richard Lapchick, director of the Institute for Diversity and Ethics in Sports at the University of Central Florida.

Lapchick, lead author of the institute’s annual reports on diversity in sports hiring, said black players made up just 7.2% of major league payrolls at the season opener. That’s down from 7.6% last year and the lowest level since data began to be compiled in 1991, when 18% of players in the majors were black.

Previous God of War: Ragnarok warms up with a spectacular launch trailer
Next Hulu: The series you should be watching before The Crown returns to Netflix