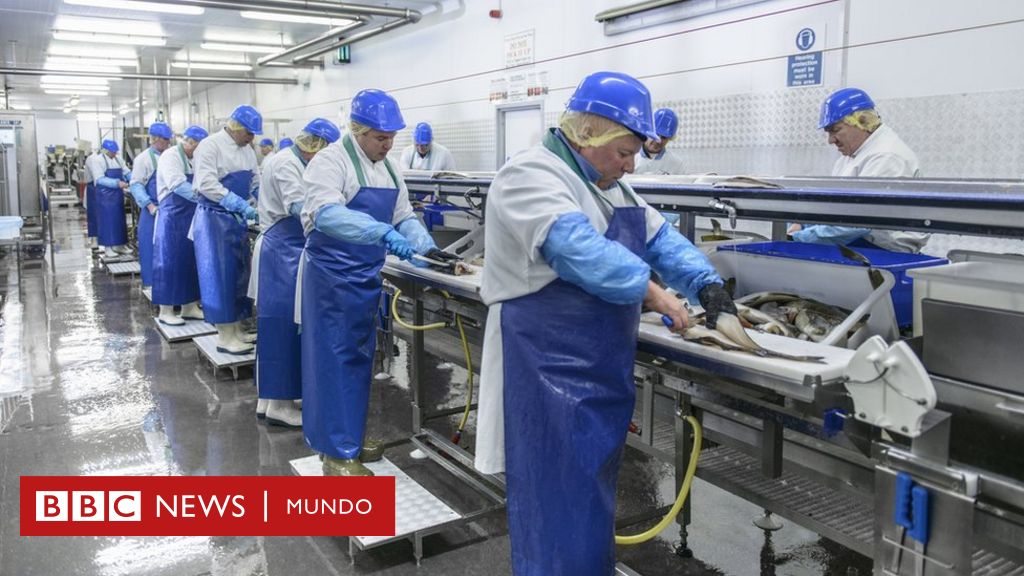 We have been hearing it for years through books, reports, news and experts: industrial progress is inevitably leading to the destruction of many jobs… And we are about to enter a new era.

But is it really so?

Jason Renikoffa full professor in the Department of History at Columbia University and a specialist in the history of labor, global capitalism, and technology, doesn’t think so.

The author of the provocative essay “Labor’s End: How the Promise of Automation Degraded Work” is convinced that behind the term “automation” lies the industry’s desire to intensify people’s work.

In exchange, yes, of lower salaries, strenuous hours, loss of power and impairment of their rights.

What leads you to deny that idea thatwe have been listening for years of that automation and robotization are going to destroy numerous jobs and that the robots will do the tasks that employees do today?

Since the dawn of industrialization, machines have had a tendency to degrade work rather than replace it.

Already with the beginning of steam engines and their use in the textile industry, there were people who thought that steam would replace human labor.

But it is not possible to speak only of machines, but of machines within capitalism.

Capitalism as a system likes to use resources, lots of resources. In a sense it is very inefficient, but it also has many tentacles: it does not let resources sit idle, it is hungry for infinite power.

What the machines actually end up doing for the capitalist factory owner is finding ways to keep costs down. And there we enter what I call the discourse of automation.

And what is that speech?

There is an idea that some kind of technological progress is happening all the time. But that is a fantasy.

The way things really work is if you’re an employer you’re trying to make a profit, and that means you have to find a way to make your labor cheap.

But what I found in my research is that much more often what machines do is obscure people’s work, literally hide it. And when a job is hidden, it doesn’t need to be paid for.

Someone who does administrative work, for example, earns a salary. But if you can get that person to work at their house, work day and night, work before they go to bed, and you don’t have to pay them for it, then you get more value for that worker.

That’s something that happens all the time, especially with “white collar” workers, and we’ve seen it increase during the pandemic.

And what about the jobs carried out by workers wearing blue overalls?

In many of these jobs, it is said that the machine is doing the work, although in reality a person is doing it.

But by saying that the workers can be paid less.

On the other hand, there is also a kind of aura behind the idea of ​​the machine.

The machines are very spectacular, they seem magical, although they always depend on a person to activate them.

Do you then consider automation to be more of an ideology than a technology?

Yes, automation is primarily an ideology.

I’m not sure exactly when the term came into use, but in modern times it was “invented” in the 1940s at the Ford Motor Company.

And there it was never used to talk about a specific piece of technology or process, although it may seem that it meant replacing human labor with machines.

And what meaning did the word automation have then?

In the Ford Motor Company from the beginning it was an idea, a discussion about what the value of work should be.

The use of the word pointed to a political question, which must be situated in the struggle between employers and workers that took place from the 1930s, when there was a great movement of industrial unionization in the United States.

Unlike Western European countries, the US developed a welfare state much later and much weaker.

And when that happened, the employers got very upset, because they realized that they had to negotiate with their workers and they immediately tried to find ways that would allow them to avoid having to recognize unions.

But since 1935, unions had to be legally represented.

And did they find in automation the way to circumvent the unions?

Yes. The automation talk allowed entrepreneurs to play into all the technological hype after World War II, when all these amazing inventions came out and people were really excited about technology.

The idea of ​​automation allowed the bosses to say yes, they recognized unions, but technologically speaking, progress would make them unnecessary and obsolete.

And they used that argument, which is very persuasive, to take power away from workers. But the work done by people continued.

In his book he gives a very revealing example: he shows how the entry into the 50s of the first computers digital electronics, which were supposed to do a lot of office work that until then were done by people, did not reduce the number of employees…

In fact, it’s probably the most surprising discovery I’ve made during my research.

The introduction of computers in business was by no means a straight path, because especially in the 1950s they were not money-making machines: they were incredibly expensive, they were very big, and it was not clear how you could rent them.

And that required private companies to make an argument for it. And they used the most powerful one they had: automation.

They said that the value of computers resided in the fact that they would end up replacing clerks, secretaries, administrative staff… And that this would be possible because computers processed information, something that employees processed in an office.

Most of the people who did that work were proletarians and women.

But the computers they didn’t get that, did they?

The history of automation is essentially a tongue-in-cheek story.

No, computers didn’t replace those workers, because they couldn’t. They weren’t sophisticated enough, and people’s work is remarkable, very diverse, very creative, and very effective.

And if you can get that job on the cheap, it’s a great investment for a boss.

What computers did end up doing, and what almost every other industrial machine in history has done, was make human labor cheaper.

But instead of shedding workers, automating offices with computers meant more clerks were hired to run them. Although often in worse conditions.

But it’s not clear to me what benefit factory owners get from using machines if they have to invest in technology and need more employees, evenn lowest paid…

There are a couple of issues to keep in mind.

The first is that profits can be made by hiring many cheaper workers.

And second, for managers, just as important as making a profit is taking power away from employees and giving it to employers, something the machines allow them to do.

Even if your business isn’t that profitable, if they can’t make the profit margin they expected, it wouldn’t be profitable at all if your employees owned the business.

That’s one of his main concerns: making sure workers have as little power as possible. And that really did automation.

The big takeaway from my research and my book is that automation is an argument for bosses, that technological progress is being used to disempower workers.

And what can be done to reverse the situation, so that workers regain the power they have lost through automation?

I believe that many things can be done, obviously beginning with increasing the power of the workers as shareholders.

The neoliberal revolution has not changed the nature of capitalism.

One thing that capital does is generate national borders, very weak for capital but very difficult for people to overcome.

One of the hallmarks of automation is that it is not just that the owners can control the capital, the machines and the factory, but that they can move them around the world.

And they do it by arguing that it is the machines that do the work, when in reality it is other workers.

Workers thus compete with other workers.

In this situation, and after the liberal revolutions of the 1970s and 1980s, I think labor movements definitely need to be global. They must work together, because that is exactly how capital works.

I believe that unless labor becomes an explicitly political movement it cannot succeed, because the moment the elites in politics can abandon the workers, they abandon them.

There are a million labor organizations in the world trying to figure out how they can get more power.

I think you can make them much darker.

In our speech today we talk about automation, but the other word that means automation is AI. He has a kind of magical power but his speech is very similar to the automation speech of the 50’s, 60’s and 70’s.

Very often with AI, as with computers, when you track who does the work you find people.

People with a poorly paid job and with not very good conditions.

AI will speed up the human work that exists and obscure it, so I’d say it’s definitely possible for it to degrade work even more.

What is the main message of your book that you would like your readers to take away?

If I had to choose one, think about it every time you read or hear the word automation.

The term automation should always have quotation marks, because it is not a technological force but rather a political term used by business owners to take advantage of workers.

Whenever they are told about technological wonders, people’s immediate response should be suspicion.