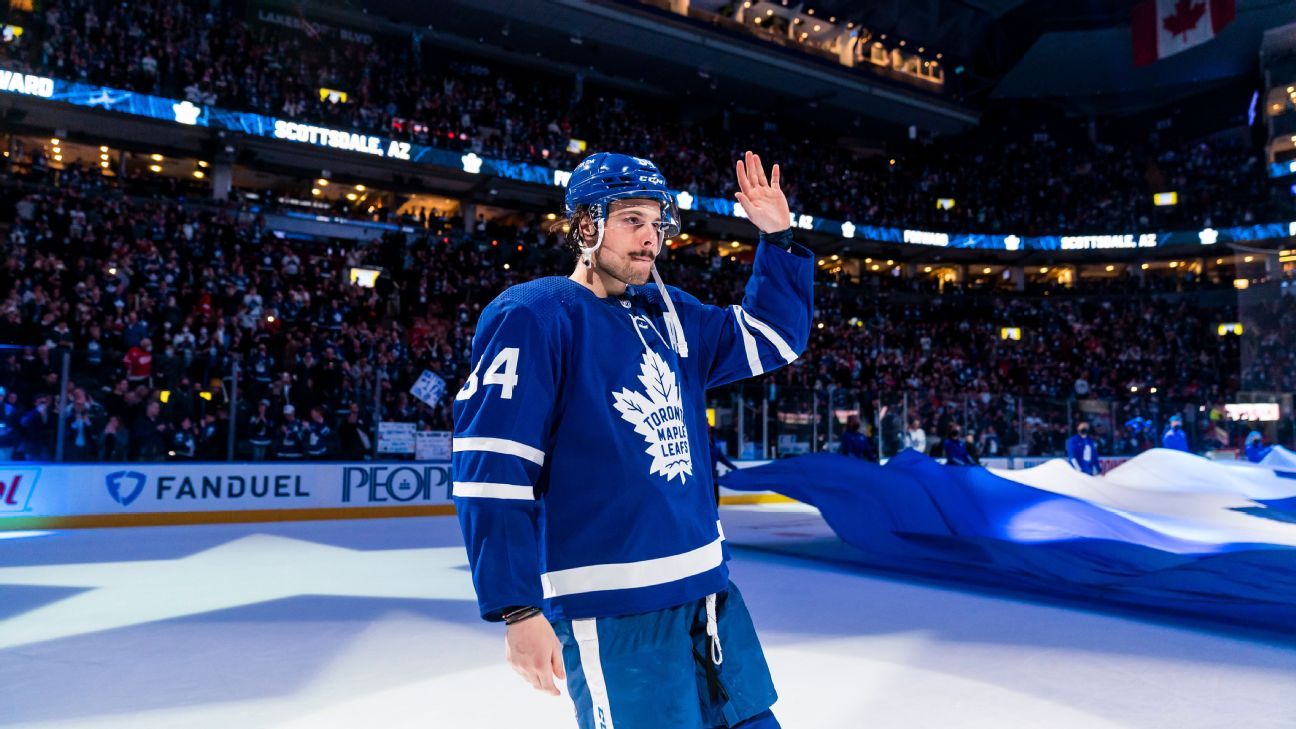 TAMPA, Fla. – Toronto Maple Leafs superstar Auston Matthews won the Hart Trophy as the NHL’s Most Valuable Player. The forward of a Mexican mother, was also awarded the Ted Lindsay award as the Most Outstanding of the NHLPA, where the players vote.

The 24-year-old Matthews scored 60 goals, leading the NHL for the second straight season. He set a Maple Leafs franchise record and the single-season mark for most goals by an American-born player.

His mother, Ema Matthews Martínez, is a native of Hermosillo, a city in northwestern Mexico, known for having a great passion for sports such as her baseball team, the Naranjeros de Hermosillo.

“I think it’s a tremendous honor to wear the blue and white, to represent the city of Toronto and to wear this number every night,” said the player of Mexican roots. “Any time your name goes down in history, with an organization like this, it’s something I don’t take for granted,” he added.

Matthews garnered 119 first-place votes for the Hart Trophy, which is voted on by the Professional Hockey Writers’ Association (PHWA). Connor McDavid of the Edmonton Oilers was second in the voting, and New York Rangers goaltender Igor Shesterkin was third.

Matthews is the first Maple Leafs player to win the NHLPA Most Outstanding Player Award, which is voted on by the players and was first presented in 1971.

“I’m not going to lie to you, it feels great,” Matthews said. “It’s special to have my family here with me.”

Matthews noted in an interview with the NHL website that Mexican food is “his favorite.”

“I have to say that my favorite dish is the chicken tortilla soup that my mother makes. Every time I return home, after a season, it is the first thing I look for and I have never been disappointed,” he assured.