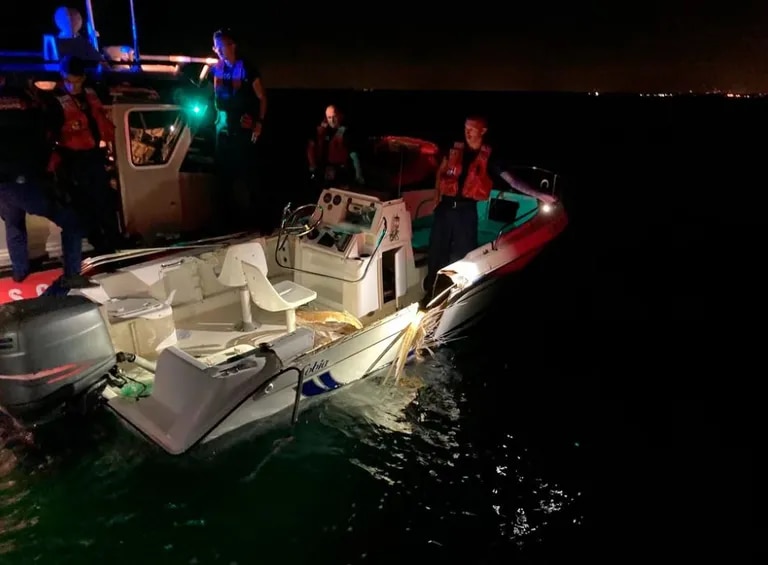 Florida, United States.- At least two men were killed and ten people were injured on Friday night when colliding two boats in the village of Key Biscayne (Key Biscayne), located in the city of Miami Florida.

Of the two boats that have collided in the bay, one of them had five people on board, while the second had seven people, according to authorities reported to the local media. 7news Miami.

Following the collision, one of the ships began to sink. Lifeguards and the United States Coast Guard, in their rescue efforts, have transferred the injured, including two children, to health centers.

”There were 11 patients that we needed to treat and evaluate. Ten of them were transferred to hospitals in the area, two of them in critical condition: a minor and an adult, “explained the lieutenant of the Miami City Fire Department, Pete Sánchez, according to the aforementioned media.

Authorities told local media that one of the critically ill victims is a 15-year-old boy who nearly drowned and had to be referred to the Ryder Trauma center. The other victim in critical condition is a seven-year-old boy who suffered stomach injuries. His mother is listed in stable condition. The rest of the victims suffered minor injuries.

Also, the Coast Guard recovered from the water, after two hours of searching, the body of a missing 60-year-old man. He was transferred to a health center, where he later died.