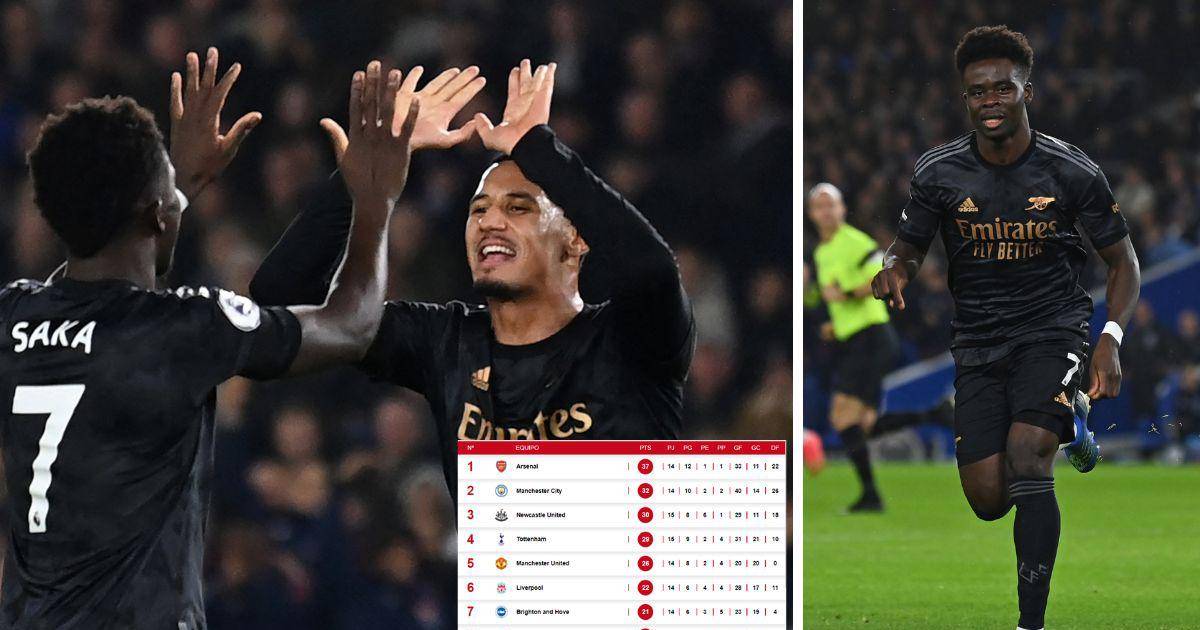 Arsenal closed the year 2022 further reinforcing their leadership in the Premier League, with a 4-2 victory this Saturday in their visit to Brighton, which allowed them to take advantage of Manchester City’s 1-1 draw shortly before against Everton.

The distance between Arsenal, first, and Manchester City, second, is thus extended from five to seven points and the ‘Gunners’ will start 2023 in a very favorable position in search of what would be their first English champion title since 2004.

Arsenal’s goals at Falmer Stadium, in the last Premier League game in 2022, were scored by Bukayo Saka (minute 2), by the Norwegian Martin Odegaard (38), by Eddie Nketiah (47) and by the Brazilian Gabriel Martinelli (71).

The two goals for Brighton (8th) were signed by Kaoru Mitoma (64) and Evan Ferguson (77). In 89, the VAR annulled another goal from Mitoma.

SEE: With a great goal from Gray, Everton stops Pepe Guardiola’s Manchester City in the Premier League and moves away from Arsenal

It is Arsenal’s fifth consecutive victory in the Premier League, where on Tuesday they will have a highly demanding match to start 2023, against third-placed Newcastle.

“Of course, if at the beginning of the season they had told us if we wanted to be in this situation we would have signed it. We are really happy”, Bukayo Saka, the man who led the way to victory this Saturday, admitted to Sky Sports television.

Before Arsenal’s victory, Manchester City, their most direct pursuer, had stumbled by drawing 1-1 at home against Everton, in a game in which Josep Guardiola had opted to almost completely repeat the starting eleven that he won on Wednesday 3-1 at Leeds.

“Letting points slip at home is always difficult. But we have played really well in the last three games, that makes me feel optimistic”, Guardiola said.

Arsenal closes the year 2022 as the lone leader with 43 points, while City takes off seven points with 36 points.

Previous So you can use smart plugs
Next Prime Video Premieres October 2022 (series): This month a science fiction series with Chloë Grace Moretz and one about the hour of the devil – Series news