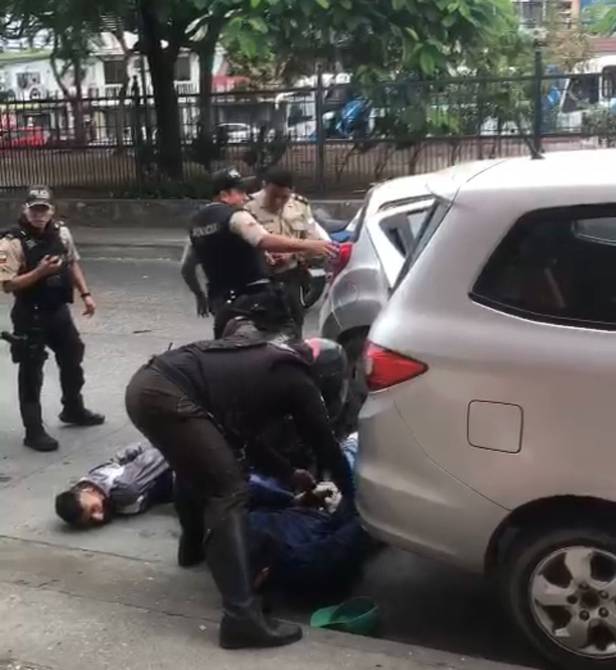 Eight armed men who arrived aboard two motorcycles and a gray car assaulted a meat supermarket located on Eduardo Solá Franco Avenue, in front of the Community Surveillance Unit (UVC) of La Florida on Thursday morning, August 4. , a sector where there are dozens of patrol cars and motorcycles.

Three thieves entered, took the weapons from the two guards and forced the workers and customers who were in the business at that time to throw themselves on the floor.

They were playing cards when men arrived on motorcycles and in a car and shot them 49 times; 3 dead and 2 injured is the result of a new attack in Guasmo

“They came to steal the collection, as they did last May, but this time we took security measures and they could not enter the office located on the first floor,” said the supermarket manager.

He explained that the collaborators who remained locked in the office called him, because they saw what was happening through the security cameras. Thus, he notified the private security company and ECU911. The uniformed men who were about 150 meters advanced quickly and found the criminals, who were leaving the premises.

A chase of a few meters was given and six of the eight suspects were captured.

Five men who were in a car and a man who escaped on a motorcycle are captured.

They found three weapons, seven ammunition and about 160 dollars that they took out of the boxes.

The other two men, who did flee on a black motorcycle, would have taken about $600 more, the administrator estimated.

He said that the intention of the thieves was to arrive at the office and take what was collected the day before, but he maintained that the security and dynamics of money storage have already improved, so the criminals could only take the money that was in the boxes.

Last May they took about 5,000 dollars, said the administrator of the meat supermarket, who presumes that this time it was the same gang.

Colonel Maximiliano Maldonado, head of the Florida district, introduced the detainees and mentioned that they are between 25 and 32 years old. Four of them have a history of robbery and possession of weapons. (YO)