Are bleached eyebrows really a trend that will hit the streets? | Beauty

The look has been the undisputed protagonist since the pandemic made an appearance in our lives. The mask made us prioritize our eyes to express ourselves through them and, today, they are still at the forefront in terms of makeup. In fact, to celebrate the expression of the look, many fashion firms made their models’ eyebrows disappear. Givenchy opted for a bleached effect on the eyebrows to erase all signs of personality (in 2014 he already succumbed to this practice where he erased Cara Delenvingne’s mythical eyebrows). On the other hand, at the Versace parade we could see how the faded effect of her eyebrows took center stage in the sisters Gigi and Bella Hadid, which she combined with smoky eyes in the purest style of Julia Fox. An enigmatic statement, also observed in Saint Laurent, Burberry or Ambush.

However, it seems the bleached brow trend isn’t just a runway-friendly eccentricity. Kendall Jenner, Maisie Williams or Precious Lee wore them and risked without blinking at the last MET GALA in New York 2022. A daring bias that fit perfectly with the essence of this event, which urges its guests to stand out and take risks in their image through experimental makeup. The latest celebrities to join the bleached eyebrows club have been Ariana Grande, to give a new image to REM Beauty, her sustainable makeup firm, or the singer Rosalía, who opted to erase her eyebrows and create an ultra-fine design reminiscent of the years 20. Everything seems to indicate that it will be a trend for this fall, but will society really embrace this risky bet?

What are bleached eyebrows?

“This practice consists of making the eyebrow disappear, leaving it almost the same tone as the skin. This in itself is a relatively new concept in the beauty world, coming to prominence in the early 1990s, but the barely visible brow look is not. Already in Europe in the Middle Ages it was done, and in the Elizabethan era it was popular to remove or bleach the eyebrows completely”, says María Catalá, professional makeup artist.

The truth is that the fact of bleaching the eyebrows is not something new. As María Catalá points out, in the 90s it already acquired a certain prominence and in 2014 an attempt was made to bring Cara Delevingne back into the spotlight as the standard-bearer and, later, Miley Cyrus, Lady Gaga or the actress Kristen Stewart. However, there has been no spike in interest since 2004 according to Google Trends. Can we then deduce that this trend of bleaching the eyebrows will only remain among celebrities and the catwalks? 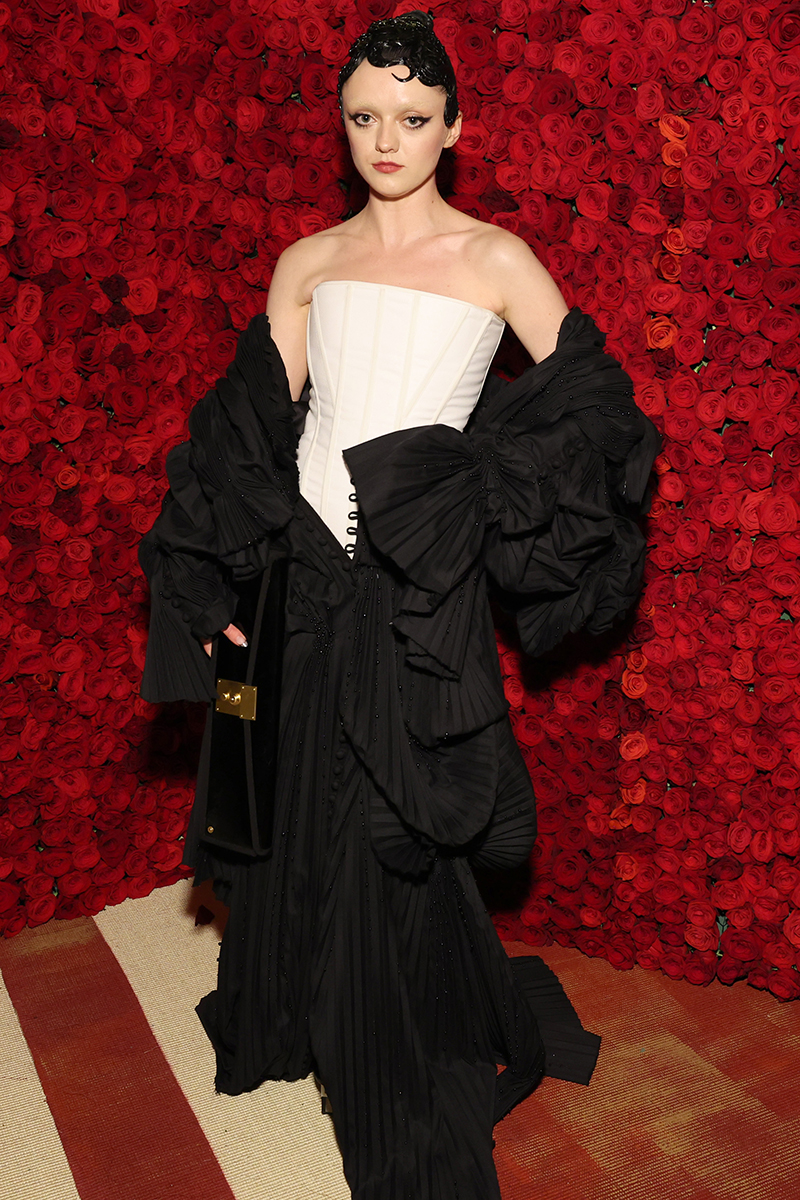 “We do not know if it will become a massive trend or if it will simply remain in specific applications and specific moments to attract attention. The truth is that the eyebrow is one of the elements that gives the face the most personality and we come from a trend of a fairly powerful eyebrow, a wild eyebrow that framed the look a lot. Now we move on to a bleached eyebrow because it provides just the opposite: a more ambiguous look, neither as defined nor as strong, with a certain genderless influence. With bleached eyebrows, the strength is still in the eye, but without the framework provided by the eyebrow”, says Susana Calvo Ruiz, Director of Marketing and Communication at the Køhl School of Makeup.

it still has the eye, but without the frame that the eyebrow gives”, says Susana Calvo Ruiz, Director of Marketing and Communication at the Køhl School of Makeup.

The truth is that bleached eyebrows are further evidence that makeup is now beginning to be conceived as a form of expression and not so much as a beauty tool to use. “It is true that makeup has traditionally been used to correct, conceal or enhance, but it is clear that, at present, there is a very large component of expression and differentiation. For this reason, looks that we used to only see in fashion, cinema or music are becoming popular, such as neon and geometric eyeliners or bleached eyebrows. Fortunately, today, many barriers have been broken down and, despite the fact that there is still a long way to go, it is normalizing that make-up is one more accessory to play with to transmit or differentiate oneself”, they say from Køhl School.

How to get bleached eyebrows at home?

Like hair or hair, eyebrows have to go through a bleaching process. Although our experts do not recommend carrying out this practice at home, and always put yourself in the hands of professionals to avoid unwanted results or, what is worse, cause burns due to the concentrations of hydrogen peroxide, Susana Calvo Ruiz, Director of Marketing and Communication of the Køhl School of Makeup, recommends using makeup to achieve that effect of erased or discolored eyebrows.

“The traditional way to fade eyebrows is to set them very well with specific gels and then apply concealer or a high-coverage foundation. It is what we do on the catwalks since we need speed and precision in a very short time. There are also people who choose to wax them directly. This is a somewhat more aggressive option as they run the risk of weakening the hair and irritating the area.

In any case, this trend is only suitable for risky people who like to experiment with makeup. The good news? There is more and more inclusion in this aspect, regardless of gender, so it is one more way to play and imagine through makeup. Undoubtedly, a current genderless beauty that we do not know if it will become a trend among ordinary people, but that, if carried out, would have positive connotations for what this represents.