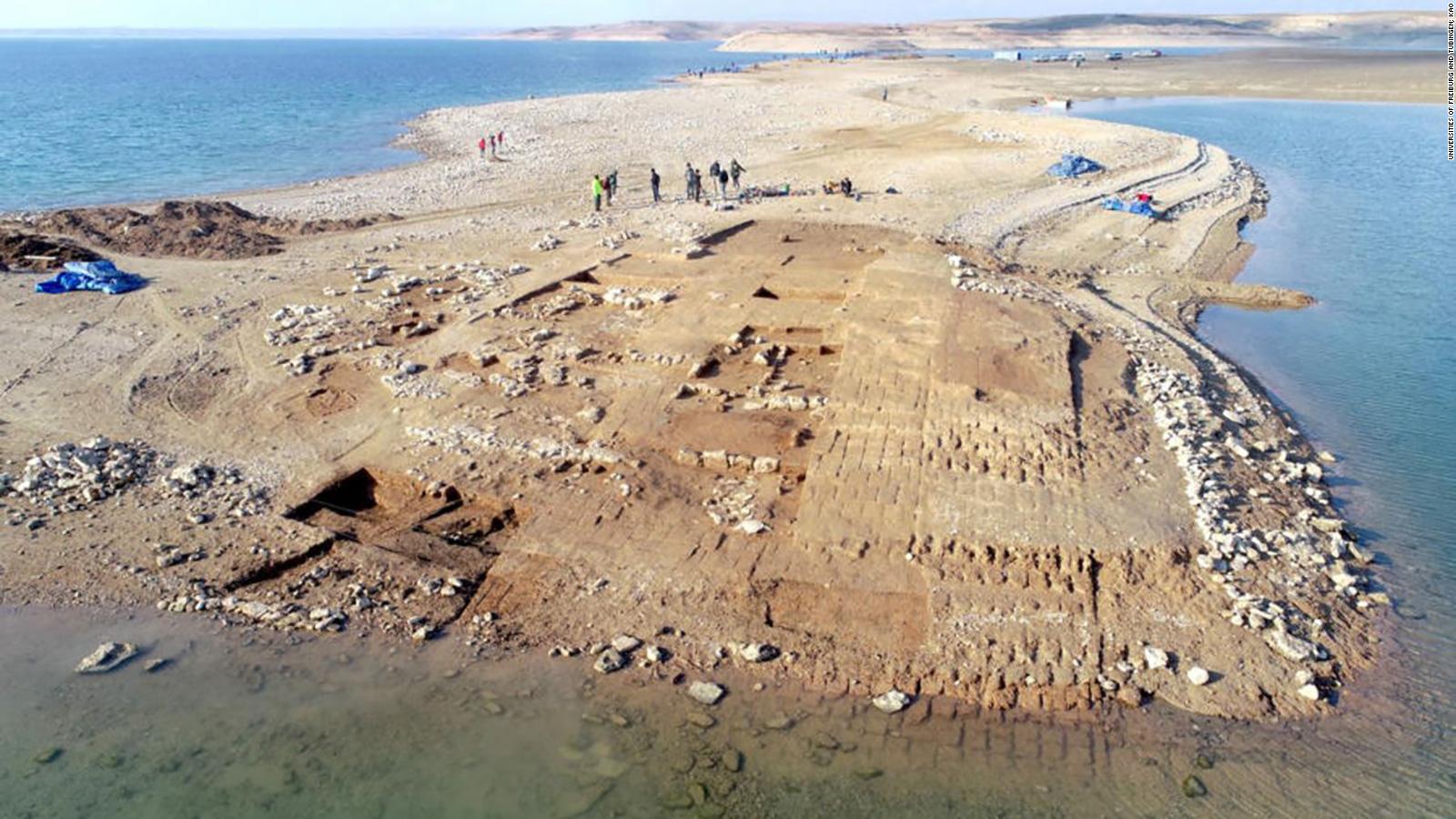 (CNN) — A sprawling 3,400-year-old city emerged in Iraq after a reservoir’s water level dropped rapidly due to extreme drought.

Kurdish and German archaeologists carried out the excavations at the archaeological site at the Mosul Reservoir, along the Tigris River in the Kurdistan region of northern Iraq, in January and February. The project was carried out in collaboration with the Directorate of Antiquities and Heritage in Duhok, to preserve the area’s cultural heritage for future generations.

The archaeological site, Kemune, is believed to be the Bronze Age city of Zakhiku, a major center of the Mittani empire that reigned from 1550 to 1350 BC. C. (before our era, an e). The kingdom’s territory stretched from the Mediterranean Sea to northern Iraq, according to Ivana Puljiz, a junior professor in the department of Near Eastern archeology and Assyriology at the University of Freiburg im Breisgau, Germany, and one of the project’s directors.

A race against time

Zakhiku was submerged under water after the Iraqi government built the Mosul Dam in the 1980s and has hardly seen the light of day since.

When Puljiz learned that the city had resurfaced, his team rushed to excavate the site because it was not known when the water level would rise again.

“Because of the enormous pressure of time, we dug in freezing temperatures, snow, hail, rain, even storms, as well as the occasional sunny day, not knowing when the water would rise again and how much time we would have,” Puljiz said.

The ancient city is now submerged again, but the researchers were able to catalog much of the archaeological site.

A palace had already been documented when the city briefly emerged in 2018, but multiple additional structures were documented during the latest excavation. Some of the discoveries include a fortification complete with towers and walls and a multi-story tall storage building.

Much of the structures were made of sun-dried mud bricks, which normally wouldn’t hold up well underwater, the researchers said. However, Zakhiku suffered an earthquake around 1350 BC, and parts of the upper walls collapsed and covered the buildings.

Little is known about the ancient Mittani people who built the city, largely because researchers have not identified the empire’s capital or discovered its archives, Puljiz said. However, certain artifacts unearthed during the latest dig could help provide information.

Archaeologists found five ceramic pots containing more than 100 cuneiform clay tablets, dated shortly after the earthquake. They are believed to belong to the Middle Assyrian period, which lasted between 1350 and 1100 BC, and could shed light on the disappearance of the city and the rise of Assyrian rule in the area, according to a press release.

“It is almost a miracle that unfired clay cuneiform tablets have survived so many decades underwater,” said Peter Pfälzner, professor of Near Eastern archeology at the University of Tübingen and one of the directors of the excavation, in a statement.

The tablets have not yet been deciphered, but Puljiz hypothesized that they belonged to a private archive.

“I am curious to see what the study of cuneiform texts will reveal about the fate of the city and its inhabitants after the devastating earthquake,” he said.

All the excavated artifacts, including the tablets, are in the Duhok National Museum.

Before the city disappeared under the water again, the researchers covered the ruins with tight-fitting plastic sheeting and secured with stones and gravel. Puljiz hopes that these measures will protect the archaeological site from water erosion and prevent it from disappearing completely.