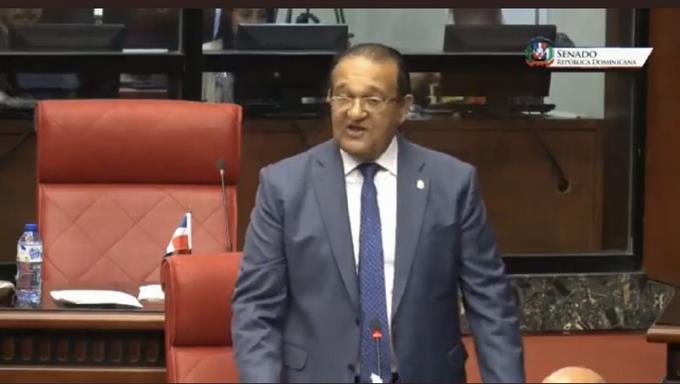 The senator for the Santiago Rodríguez province, Antonio Marte, expressed his point of view on the bill approved by the Chamber of Deputies to create a new province.

Consider that the country is not in the conditions to have more deputiestrustees, senators and governors, highlighting that the legislators who approved the bill were wrong.

“What we must do is sit down and approve the bill that I already have to present it,” added the deputy. He explained that the bill proposed by him establishes the elimination of the chambers of deputies and senators and the creation of a joint chamber that will be called the Chamber of Congressmen.

Marte posited that the camera would have 67 congressmen with the intention of lowering the payroll, which would lead to projects being able to walk. “You know the projects that the Dominican government is going to save by having 67 congressmen, only,” added the senator.

In addition, Marte said that he would present a bill that forces senators and deputies who “are afraid of voting” to hold a compulsory vote.