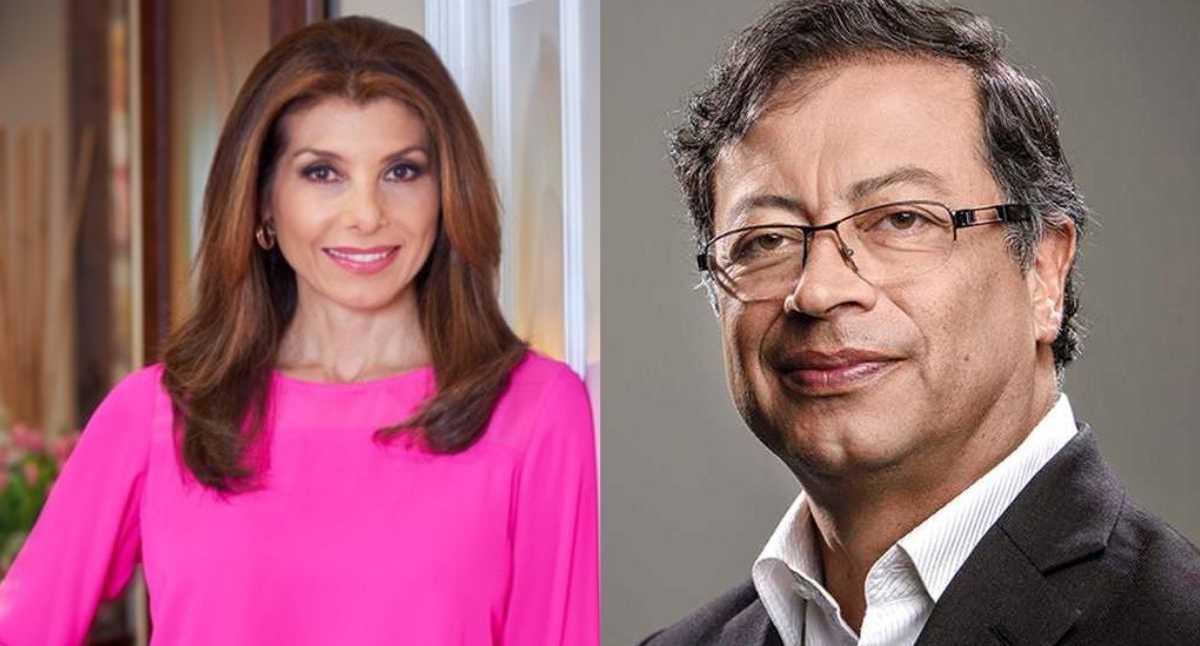 Once again, the communicator Ángela Patricia Janiot criticized Gustavo Petro’s messages, now in the middle of the electoral day that our country is experiencing and that will announce the new president of Colombia.

After Petro denounced that what “was left to face was fraud” in these elections, Janiot went against the left-wing candidate’s statements. “There are no measurements that are worth against the votes of Colombians deposited in the polls. Election day is just beginning in Colombia and Gustavo Petro is already talking about fraud. Is it too much to ask you to act more responsibly today especially?”the journalist wrote on her official Twitter account.

There are no measurements that are valid against the votes of Colombians deposited in the polls. Election day is just beginning in Colombia and @petrogustavo You are already talking about fraud. Is it too much to ask you to act more responsibly today especially? pic.twitter.com/MHw4JAeaDB

The Colombian journalist had already questioned the campaign of the Historical Pact, after knowing a message revealed by WEEK in which one of the members of his digital team generates a smear strategy against Rodolfo Hernández.

Petro said in an interview with the communicator, last Friday, June 11, that the content of these videos does not concern him, that from his bench and his work team no smear campaign was carried out against his contenders. Taking this into account, he assured that the journalists who are analyzing the hours of videos will not find anything “criminal” and reiterated that if that happened he would renounce his candidacy.

Faced with this, and with respect to the most recent leak published by WEEKthe journalist tweeted: “There was no dirty campaign,” Petro told me in an interview. And this screenshot leaked to the Magazine WEEK from the chat of a member of your party’s digital team? What happened to the manifesto for a “clean campaign”, senator @petrogustavo? Have you changed your mind again?

In one of the revelations published by WEEK, which Janiot shared on his Twitter account, confirms the determination of part of the Gustavo Petro campaign to attack the engineer Rodolfo Hernández with the kidnapping and death of his daughter; faced with the issue, they generate a strategy in which the idea is to obtain more votes through media deception. “(…) Remember that a lie told a thousand times becomes true”cites part of the revealed message.

This caused the journalist to question what the Historical Pact candidate said in his conversation last Friday, June 11, in which he highlighted the “transparency” of his campaign. “What happened to the manifesto for a ‘clean campaign’?”and complemented his message by concluding if Gustavo Petro changed his mind again. It should be remembered that during the interview the communicator reminds him that he himself had proposed reforming the constituent assembly.

“In a video published by Carlos Fernando Galán, you say: ‘If I am the president of Colombia, the first act, the first day, is to call a citizen referendum with a single question.’ Do you want to convene a national constituent assembly in Colombia or not?” says the journalist. Given that, the left-wing candidate said that this was from the previous campaign and that it was unrelated to the one he is currently running.

In this sense, the communicator questions: “Why did you change your mind?” “is that I did not change (…) I don’t want a Constituent Assembly because the 1991 Constitution allows me to make the changes I want to make in the country”, said the candidate.