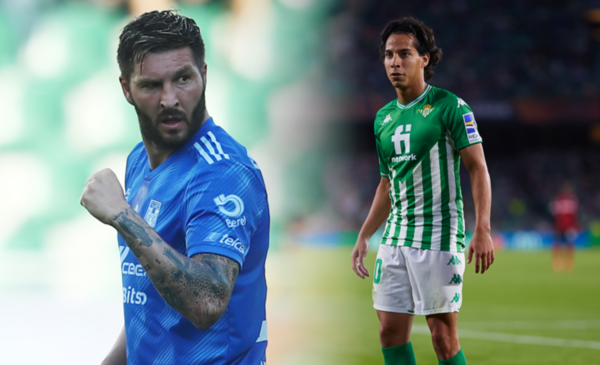 One of the great jewels of the quarry of the America club in recent years is Diego Lainezattacker who became champion of the MX League at an early age, to such an extent that he left for Europe to be part of Real Betis, a squad where his future was quite exciting, but ended up being nothing as he remained permanently on the bench due to injuries and technical decisions. The complex panorama of the former Eagle was slightly commented on by the French attacker of Tigres, Andre-Pierre Gignac.

During an interview with comedian Franco Escamilla, Gicnac asserted that America got rid of very quickly Lainez, since from his perspective, he considers that if he had stayed in another tournament or another season, today he would be the undisputed starter in Spain. He even compared the case of Diego with the youth of Pachuca who do complete an efficient training process and end up in the Old continent.

Diego Lainez, an anomaly in the departures of Club América

An alternative to staying longer in Mexico was that Lainez go out to a development league like the eredivisieto a team like Ajax or PSV that work as a perfect springboard for other Mexicans who consolidate themselves in these teams, as is the case with Edson Alvarez or now Jorge Sanchez. However, it is a fact that in the case of Diego The influences of the circle close to the player had to do a lot so that he did not finally leave for the best possible destination.