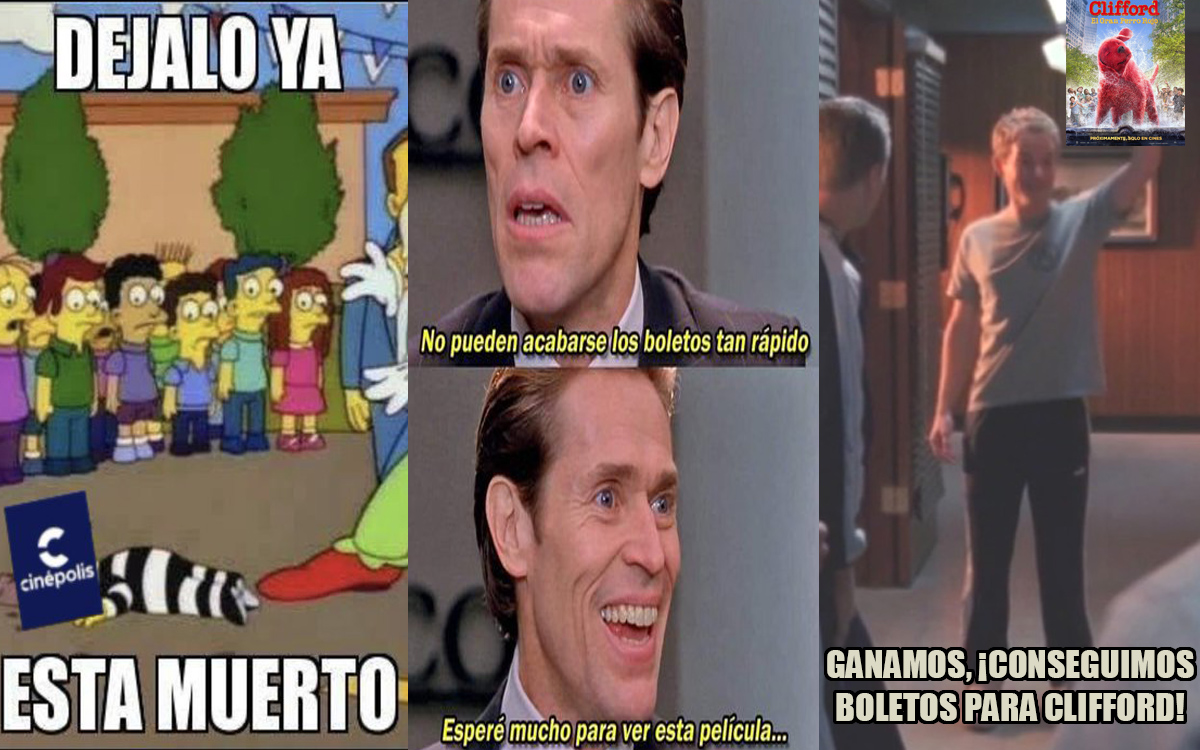 And the tickets? Memes flood networks after the fall of Cinépolis and Cinemex

The total madness was unleashed from around 23:00 hrs (Central Mexico time) from lone 29th of november in the attempt to get tickets for him premiere of ‘Spider-Man: No Way Home’, same that has been impossible, because the apps and Cinemex and Cinépolis websites collapsed.

The presale from ‘Spider-Man: No Way Home’ made both platforms have been down for around 12 hours and what is missing, because in social networks hundreds of users have reported that until now it has been impossible to buy tickets.

When trying get into to the site of Cinemex or Cinépolis, a message appears saying that connection is lost or there is an error and that they recommend you go to the nearest cinema for your tickets, same as already the users are fed up.

Such a fact was not seen since April 2019, when it was released Avengers: End Game, because in those times they also collapsed the pages and apps of Cinemex and Cinépolis.

The memes have flooded social networks after the collapse of both platforms, as many complain about the ‘terrible service’ what is in their places, others ‘cry’ to the still not getting tickets for ‘Spider-Man: No Way Home‘and others put together very funny images and comments.

From the scene from The Simpson where they say ‘leave him, he’s already dead’, until moments iconic of Malcolm in the middle, Drake and Josh, Jimmy Neutron and others are the memes that they have crossed the networks when not being able to buy the tickets.

‘Spider-Man: No Way Home’ will reach the rooms Mexico the next Wednesday, December 15 and thousands of people want to see it on the opening day; taking the first role seems like a hopeless case but as time goes by, and how does the thing look, the best would be wait 4-5 years for it to premiere on Channel 7.

The best memes of the fall of Cinépolis and Cinemex

-Wow, who would say that the real villain of the film would be the terrible platforms and apps of Cinépolis and Cinemex that do not support the demand. pic.twitter.com/ZCF4aZJLms

Previous Reasons to include a serving of cranberries in a healthy diet
Next Leon vs. Puebla (2-0): goals, summary, statistics and the best of the match for the quarterfinals of the Liguilla MX 2021 | MEXICO