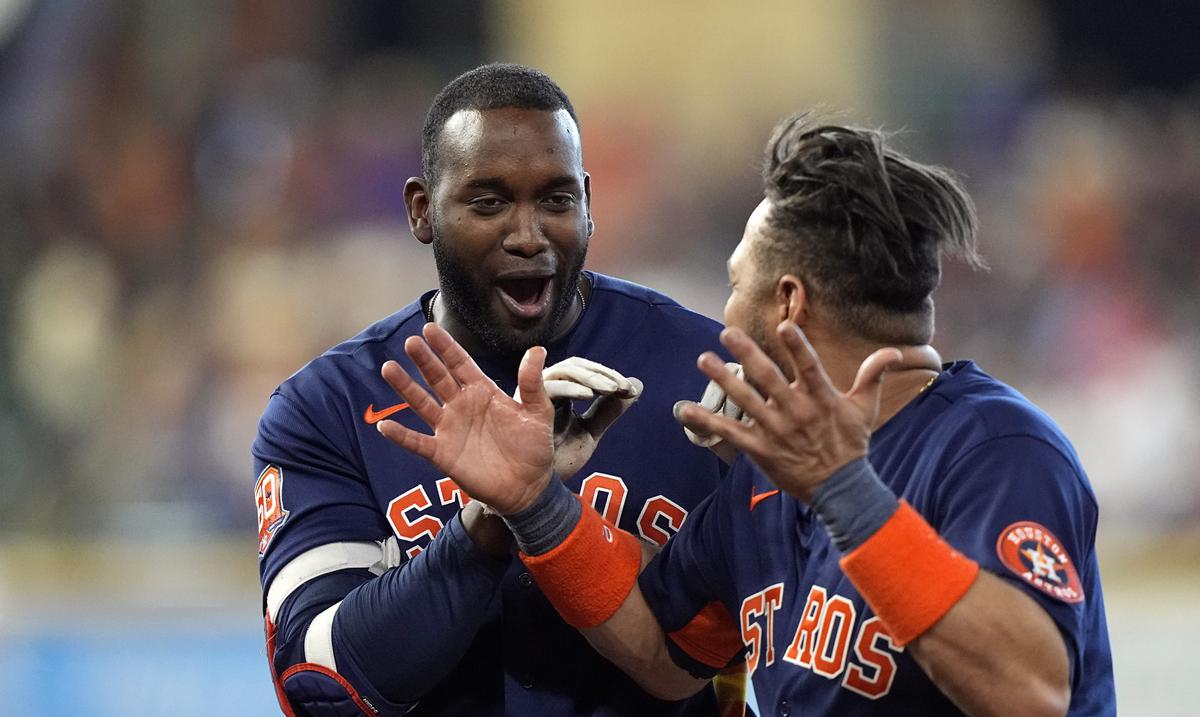 Did you go to the gas station, pay for the gas and get in the car and leave without throwing it out? Did you load the trash from the apartment into the cart so you don’t have to walk to the dumpster and take it to work? Did you put the key in your car lock and it wouldn’t open and then you realized that it looked like it but it wasn’t yours?

Calm. Quiet. It’s called being distracted, something that happens to us a lot in tense times like the ones we live in, when we have 20 things on our minds to solve or simply, when we ‘eslembamos’ in the worst moments, like when one is at work.

Something along those lines happened Wednesday to the Major League umpire, JimWolf, who worked behind the plate in the game between the Houston Astros and the Boston Red Sox. And not only him, but also both novenas and the 32,295 people who were in the Houston Minute Maid Park.

It turns out that the Astros slugger, the Cuban Yordan Álvarez, who this season has not needed help at the plate, received one: he did not throw a pitch up the middle that was his third strike, and since Wolf did not call it out, he stayed batting and had another pitch.

That fourth strike by Álvarez was an infield groundout by which he was eliminated.

Yordan Alvarez for the Astros actually had 3 strikes and not one realized it.

According to an AP note, no one seemed to notice the error. Astros manager Dusty Baker said “nobody noticed.” Boston driver Alex Cora was not asked about that.

Álvarez came to the plate to lead off the third inning off Boston pitcher Rich Hill. This first served a ball to Álvarez and the next delivery was a called strike, so he was 1-1. Then, the Cuban of the Astros hit a backward foul, which Boston tried to catch in vain and his count was 1-2.

With the next delivery, Hill attacked the strike zone and Wolf called the strike but did not declare that he struck out.

And no one moved, no one screamed, no one noticed. Apparently, neither Alvarez. Hill returned to the mound, Alvarez stayed at the plate and grounded out first on the next pitch, and was eliminated at first.

This time it was a funny and unusual mistake, because no one in the audience seemed to celebrate the punch or anything. But the lapse could have had another result, because Álvarez, who has 30 homers and 72 RBIs, could well have disappeared the ball and changed the result.

So the next time you spend 10 minutes looking for your keys to leave and then find them in your pocket or purse, or try to open the garage door with your car alarm’s beeper, don’t be so hard on yourself and have a good laugh. . It happens to anyone.