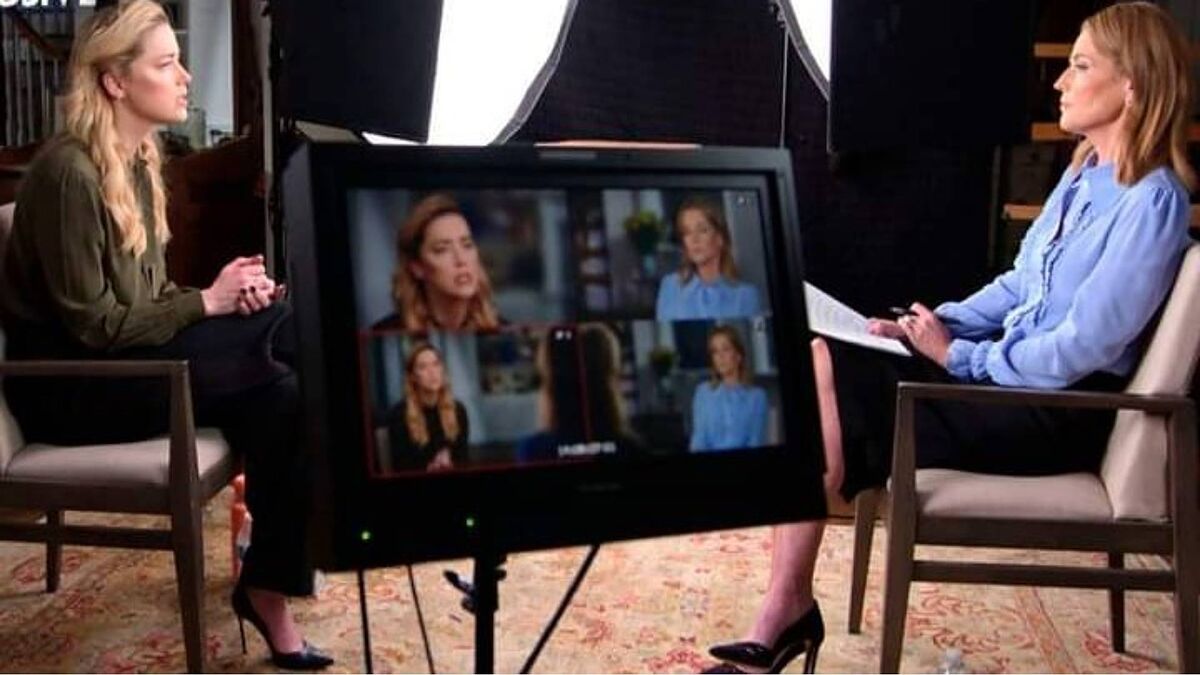 LAfter being in court and losing the case against Johnny Depp, Amber Heard continues to show his supposed “truth”, although now he does it with the media.

On this occasion, he spoke about evidence that the judge of the case excluded and this would have changed his verdict in favor of the actress of “Aquaman”.

The tests that according to Heard would have changed everything:

In the interview that Amber Heard provided for the production of NBCassured that the trial before Johnny Depp It could have had a very different ending if the jury had seen a series of pieces of evidence that were ultimately excluded by the judge and she provided.

“There is a folder with notes dating from 2011from the beginning of my relationship, which were taken by my doctor, who I was reporting the abuse“Heard told the journalist. Savannah Guthrie from NBC.

According to the testimony of heard, Depp he physically and emotionally abused her during the four years of their marriage. This type of violence had been written for the therapist of Amber and were of vital importance to the case, however, the actor flatly denied the accusations during the trial.

Likewise, Amber Heard She also pointed out that she does believe that the jury was influenced in her final verdict, where she lost and must pay Depp 15 million dollars when found guilty by the jury that was in charge of the case.

“How could they not come to that conclusion? They sat for more than three weeks listening, non-stop, to non-stop testimony from paid employees and, towards the end of the trial, from random people.“said the actress.

In relation to this situation, Amber Heardalso pointed out that he does not blame them and that he understands them, since Johnny Depp “he is a very loved character and people think they know him. he is a fantastic actor“, displaying sarcasm during the interview.