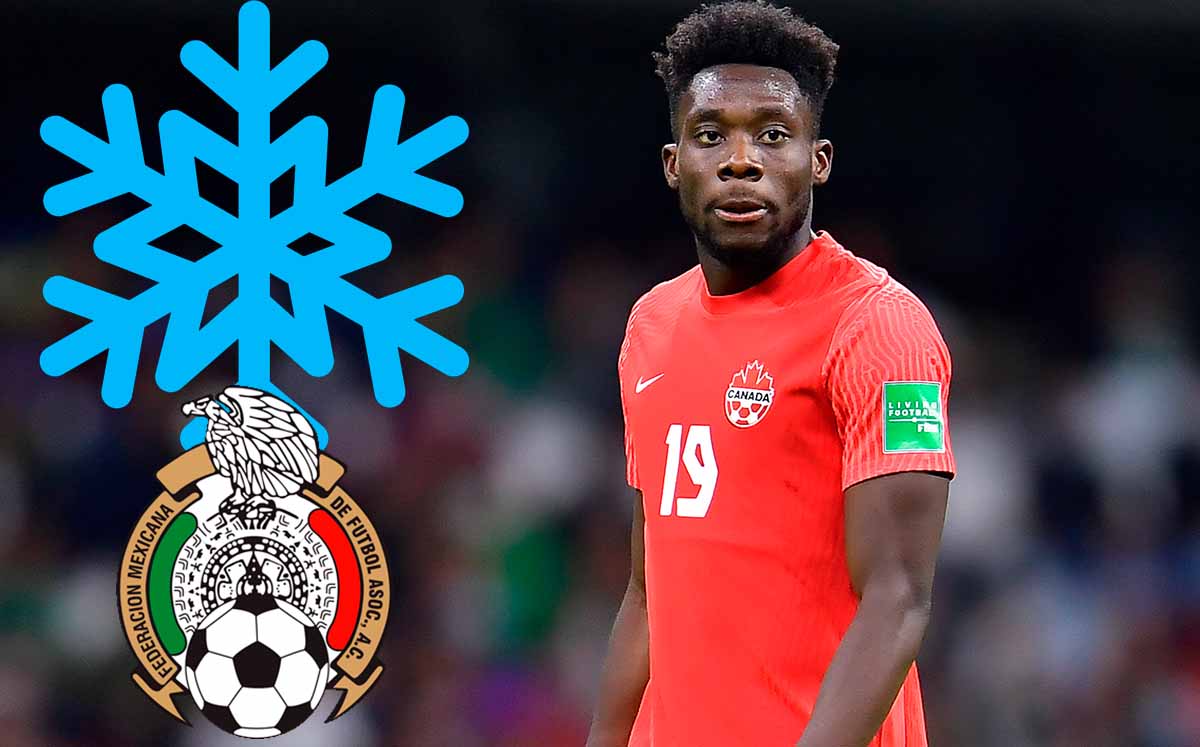 Alphonso Davies challenges Mexico to -10 °: ‘I hope you like the snow’

In addition to having Canada as a rival, the The Mexican team will have to face the weather in Edmonton because it is expected that during Tuesday’s game the snow will be present with a temperature 10 degrees below zero, so that Alphonso davies, a figure from the Maple Leaf team, said that these conditions are favorable for the locals.

“Playing at -10 is not easy for anyone, it will surely be tough, but we are Canadians and we are made for this climate. I don’t know what to say about Mexicans, I hope you enjoy the snow and the weatherI think it will be a great game for both of us, whoever shows they want to win it on the field will be the winner, “Davies said after training at Commonwealth Stadium.

The Bayern Munich footballer understands that it would be a mistake for Canada to trust of Mexico’s defeat against the United States, because that would be going against their objectives.

“Mexico is a good team, we are fighting for a place in Qatar and we know that they come with the mentality to do it after losing against the United States, but we cannot trust ourselves. Of course they are a great team just like us, so we will fight them. It is not that they no longer scare, but we feel capable of competing with them and play against them, “he declared.

Canada, among the elite of Concacaf

The Canada selection is in the third place of the qualification heading to Qatar 2022, in the last Gold Cup they stayed in the Semifinals, so this generation begins to enter the elite of Concacaf football.

“We are proving to ourselves that we can compete at the highest level and we can make it to the world cup“, he indicated.

“We are players with a lot of quality and character, there is a lot of young talent with a lot of hunger to do things well and we are ready to fight for a place.”

When is Canada vs Mexico?