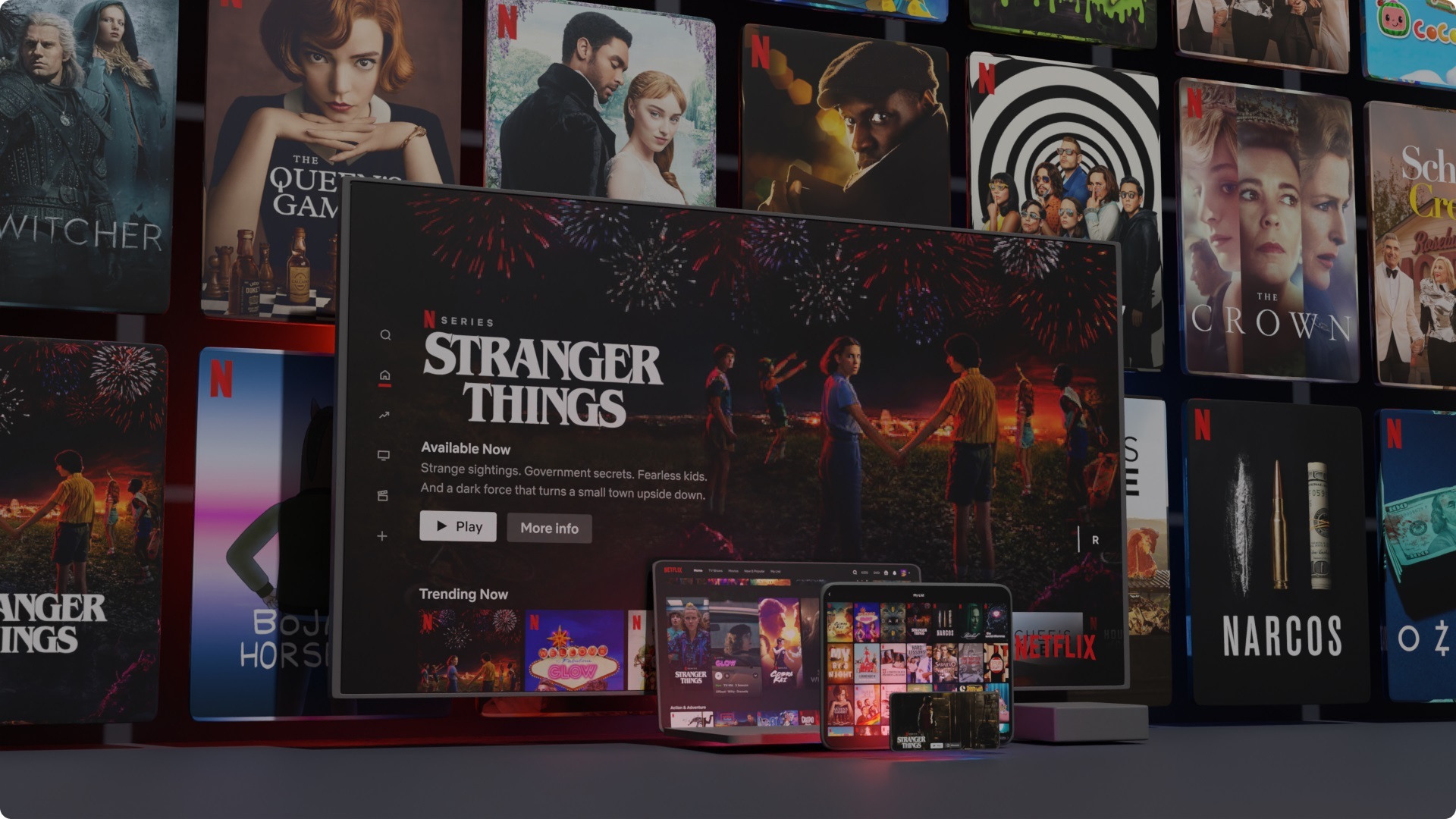 As geekzillos already know, every month we have an appointment to bring you all the content that reaches the streaming platform on Netflix in July. Many surprises are coming to us, not only the long-awaited Vol. 2 of Stranger Things (which is in the first place to calm your cravings), but more and better Netflix releases in July.

This time Netflix brings us a good assortment of series, movies, documentaries, and also a couple of video games for those who want to give this part of the platform a taste. Without further ado, here we leave you all the Netflix releases in July:

Divided by distance, but always resolute, the friends face a terrifying future. But it’s only the beginning. The beginning of the end.

After Susana’s death, the group makes a pact to keep the secret. Fifteen months later, @todostussecretos is reactivated and threatens to take away their bright and shiny future.

Two friends want to be noticed at school. But one becomes a ghost and she will have to live the best version of life… while she can.

A group of armed men cut off the communications of a psychiatric prison to capture a serial killer. Six episodes. One night.

As Doni worries about the price of fame, Rita considers a new career and Nando ponders his chosen path. There is a lot at stake.

Woo Young-woo, a woman on the autism spectrum as bright as she is eccentric, faces challenges entering a law firm.

Three decades after the discovery of the T-Virus, a new outbreak reveals the secrets of the Umbrella Corporation. Based on the video game saga.

Through an exclusive dating agency for wealthy people, a divorced woman plots her revenge against her ex-husband’s scheming mistress.

As Mel navigates her new reality, Jack’s past threatens her future, and new faces turn up and cause a stir in Virgin River.

A powerful sorceress in the body of a blind woman meets a man from a prestigious family, who seeks her help to change his destiny.

While Shawn fuels the shop’s business, Mark and the rest of the team work on a variety of projects, including a one-of-a-kind Lincoln Zephyr.

The drama-packed young adult series returns for another season with the new generation of rebels, with Azul Guaita and Sergio Mayer Mori.

Syd and Shea welcome the new McGee and fulfill the wishes of their clients: an oasis where they can telecommute to a room to taste wine.

When her boyfriend of the last 17 years abruptly moves out, a real estate agent faces the prospect of starting over as a single man in his forties.

As he gains recognition in the world of physics, Stephen Hawking loses the fight against ALS, which forces him to depend on his wife.

Adventurer Lara Croft travels to an underground temple, where she finds a sphere that contains a map with the location of the mythical Pandora’s box.

Clare and Aidan decide to separate before going to college, with no regrets. But one last goodbye could offer them a chance at love.

During the Spanish Civil War, a group of bitter enemies fight together against an army of carnivorous zombies created in a Nazi experiment.

To save their company from bankruptcy, a group of office workers confront the owner’s bratty sons who take over the family business.

Eight years ago, they convinced her not to marry a young man of humble origins. Today, Anne Elliot is reunited with him. Will she get another chance?

A video game player wants to compete in a tournament, but his mother’s illness and an eccentric aunt force him to reconsider his priorities.

Five boys facing the realities of adult life come together for one last adventure: to get a magical flower that will make their dreams come true.

When a CIA agent discovers agency secrets, he finds himself confronted by a sociopath who is searching the world for him and has put a bounty on his head.

A group of illusionists rob a bank as part of the show. The public is amazed, but the FBI does not understand how to incriminate magic.

Despite their differences, an aspiring singer-songwriter (Sofia Carson) and a Marine (Nicholas Galitzine) fall madly in love.

A woman who appears almost dead on the road leaves behind a son, a man who claims to be her husband… and a mystery that seems like a nightmare.

Writer Michael Pollan presents this docuseries that explores the history and uses of psychedelic drugs like LSD, psilocybin, and MDMA.

After fighting for decades to bring his daughter’s killer to justice, a father takes extreme measures. A true crime documentary.

In 1971, a criminal jumps out of a plane with a bag of money and disappears without a trace. Decades later, his identity remains a mystery.

Most go after power. He was looking for peace. Shimon Peres’ influence and integrity were instrumental in the founding and preservation of Israel.

Thomas and his friends deliver rocket parts and beach balls, and have fun on an obstacle course and scavenger hunt.

A stowaway who sneaks onto the ship of a legendary monster hunter embarks on an epic journey across uncharted seas.

Goh develops his skills, and Ash levels up with each battle to become the best trainer in the Coronation World Series.

Legendary warrior Po teams up with an English knight on a quest to rescue magical weapons, restore his reputation, and save the world!

A young pony makes new friends on her quest to bring magic back to her world in this sing-along version of “My Little Pony: Next Generation.”

The animated series for the whole family set in the world of the successful Jurassic franchise returns steadily with a new season.

This colorful series set in a fantastical dollhouse with enchanting worlds and irresistible cat characters is back for another season.

After seventeen years in a coma, Takafumi’s uncle suddenly wakes up speaking an unrecognizable language and possessing magical powers.

With their friends in the hands of the World Government, the Straw Hat pirates prepare the final attack on the military on the island of Enies Lobby.

A detective who is also a public safety officer and a member of a shadowy organization juggles his three identities.

Before Your Eyes (Coming Soon)

An emotional first-person adventure where the course of the story and the outcome depend on your blinking in real life.

Into the Breach (Coming Soon)

Civilization is in danger and you must defend it. Lead a team to save the world from aliens in this turn-based strategy game.

As you can see, dearest geekzillos, the Netflix releases in July are top notch, right?… There is something for all tastes and ages. If you are interested in always being aware of all the news about streaming, video games, technology and much, much more… visit us at geekzilla.tech.