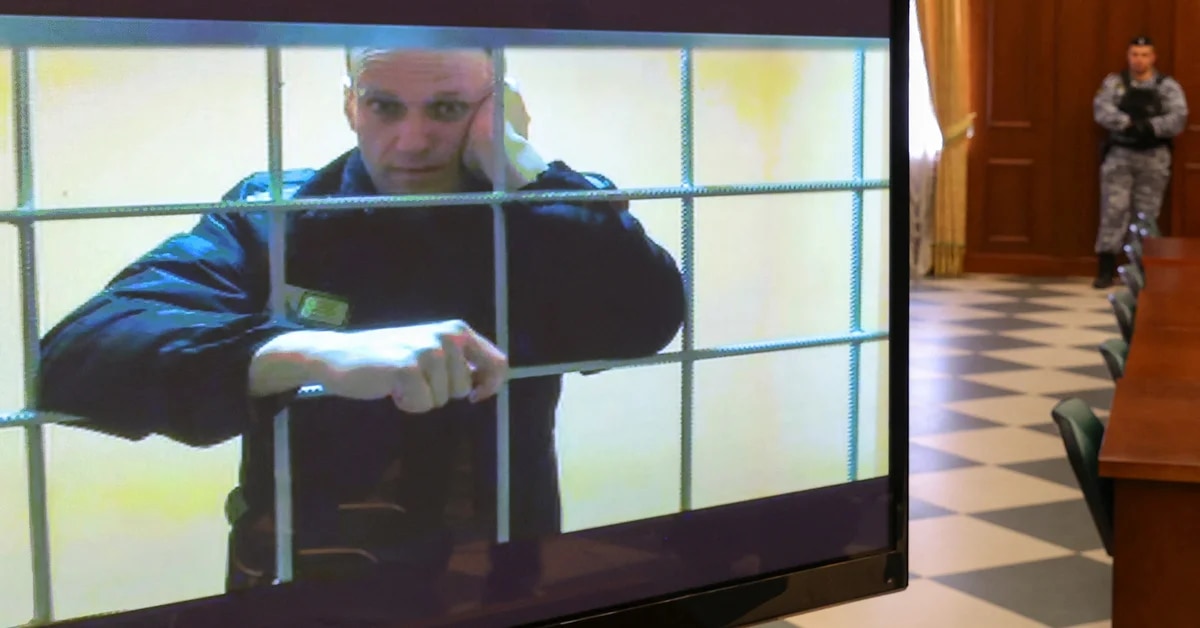 The opponent Alexéi Navalny, imprisoned since the beginning of 2021 after having survived a poisoning, denounced this Monday that he suffers physical abuse in prison and claims to be able to read his medical history, after receiving medication injections without being informed of what they applied to him.

The Kremlin critic exposed his situation on his Twitter account, in a thread of messages in which he recounted the pain that afflicts him.

“I have a spinal problem.”, wrote. As he explained, it is a consequence of having been locked up for the last three months in a punishment cell, where you can only stand or sit on an iron stool for 16 hours a day.

“Look at how the system works when you’re not allowed to hit a person, but your bosses order you to do a lot of damage,” he said.

Given the pain he was suffering, he requested a medical examination, which was only granted after a month and a half of requests and after threatening to file a lawsuit.

“It took him five minutes to examine me,” he said of the doctor, who did not give his name or place of work.

Later, according to his story, they gave him a series of injections. When he asked what it was about, they told him: “We inject what the doctor has prescribed. Group B vitamins, for example”. Navalny expressed his discomfort at not having the details of what was being put into his veins. In addition, they ignored him when he asked that the name of the doctor, the diagnosis and the prescribed drugs be written to him, despite the written complaint of his lawyer.

His next step was to request a copy of his medical records, in line with the Internal Prison Regulations.

A month later, he received a virtually unreadable 26-page document.

The exact answer will be at the end of this post, but generally, you can see the state of human rights and justice in Russia in these pictures. pic.twitter.com/ubDThdIeAd

“Well, what else can I do? Now I will demand the right to be able to read something in my own medical record”, he added.

Navalny added that he felt as if they were saying “we had to give you the history, so here it is, enjoy reading it.”

“Everyone is smiling, laughing and having a great time. They do not even hide that I can write all the complaints I want to the court and to Moscow, but that it was Moscow that came up with everything, ”he noted.

For this reason, he regretted that they only accept his requests when he files lawsuits and ironically hoped that the time would come when they would bring food to his cell only when he requested it through the courts.

“Well, nothing happens. I am also a lawyer and I love trials. Although my lawyers are getting a bit tired, ”she finished.

A month ago, his lawyers had claimed that they did not give their client winter boots, amid the arrival of freezing temperatures in the region.

According to Navalny, a prisoner in a colony 200 kilometers from Moscow, this action “is an excellent example of the deceit and sophistication of the pressure system” in Russian prisons. “If they don’t give you winter boots, that means you don’t go out for a walk (and suffer) or that you go out and get sick (which already happened to me),” explained the opponent.

Last March he was sentenced to nine years in prison in a severe detention regimen charged with charges of “fraud”, which Navalny rejects. In October he denounced that he faces new charges punishable by up to 30 years in prison.

Ukraine warned Russia after the attack in Engels: “If you thought that the war would not affect you in your rear, you were wrong”
Putin launched a new threat to Ukraine and belittled the Patriot missiles sent by the US

Previous New trailer for Andor, the prequel series to Rogue One with Diego Luna reprising the role of Cassian Andor
Next Check out these experts’ recommendations for the bitcoin market in 2023