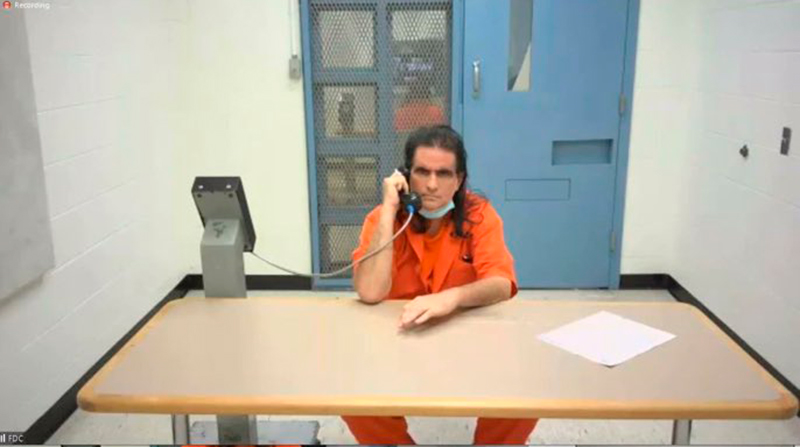 Alex Saab pleads not guilty to money laundering in the US

The Colombian-Venezuelan businessman Alex Saab, alleged front man of the president of Venezuela, Nicolás Maduro, declared this Monday, November 15, in a US federal court not guilty of a charge of money laundering.

In a brief audience of about 15 minutes held this Monday in a Miami federal court Before Judge Robert N. Scola Jr., on the occasion of the formal arraignment, the defense insisted that Saab, 49, is a Venezuelan diplomat with immunity.

After more than a year of arrest in Cape Verde, Saab was extradited to the United States on October 16 to respond to a money laundering case linked to the Local Supply and Production Committees of Venezuela (CLAP), a system created by the president Nicolas Maduro in 2016 and that the US Treasury Department indicates to be a scheme for the businessman to obtain “substantial profits.”

Saab, who appeared in beige overalls, faces a sentence of about 20 years if convicted of the only count of conspiracy to commit money laundering, a penalty that can be reduced if an agreement is reached with the Prosecutor’s Office, which usually includes denouncing other accomplices.

Two weeks ago, the Judge Scola, who will continue to lead this case, dismissed seven charges of money laundering against the defendant.

The reduction of charges was part of the extradition agreement with the Government of Cape Verde so that, should he be found guilty, the sentence does not exceed the one he would have had in that African country.

This Monday’s hearing was open to the press, as requested by the Prosecutor’s office under the argument that the case is in the “public interest”, and after Saab’s defense requested that the access to the media to prevent photos of the accused from being taken, as happened in the first hearing held on October 18.

As part of the motion, Saab had attached an annex with the list of people and media that allegedly violated Federal Rule of Criminal Procedure 53, which prohibits the taking and dissemination of images obtained during hearings in the Southern District of Florida, and requested an investigation.

In response to this, last week, Judge Scola ordered the United States Attorney’s Office to investigate the media that illegally took and published photos in said audience held by Zoom.

Scola stressed that it will not limit internet hearings as requested by the defense, but said that it “intends” to hold the next court hearings in person to avoid these problems and taking into account that the incidence of the pandemic has dropped in Florida.

In this way, the judge specified in a ruling to which Efe had access that “it grants in part and denies in part” the motion presented by Saab around the images taken, which were later published on media and social networks despite the fact that it is illegal.