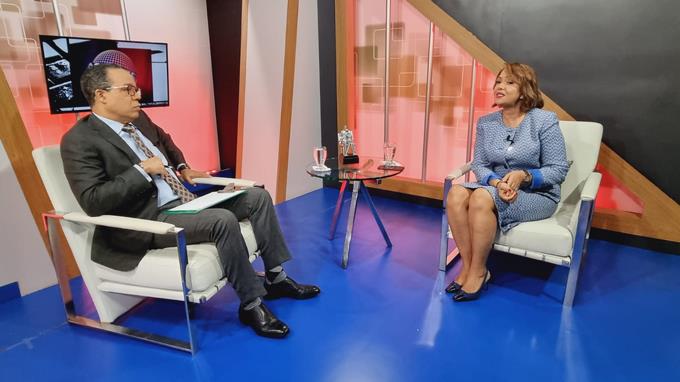 Dr. Evangelina Soler warned that the current variant of the coronavirus is causing a large number of people who were not hypertensive, who did not have cardiovascular disease, including young people between 30 and 40 years of age, to have significant levels of blood pressure.

The former president of the Dominican Society of Pulmonology and Thoracic Surgery added that this variant is producing arrhythmia and that people with heart disease are worsening their cardiovascular situation, which implies that it is not as simple as it has been aired.

Soler recalled that when Omicron passed in the months of December and January, people assumed it was a simple flu, but what is being seen now, the one that is predominant, Omicron BA.2, further compromises the organic system, and people his cardiovascular condition is getting sick afterwards.

Interviewed by Héctor Herrera Cabral on the D’AGENDA program that is broadcast every Sunday on Telesistema Channel 11 and TV Quisqueya for the United States, the renowned pulmonologist said that in the midst of the present situation, the health regulations that they had in front of the coronavirus pandemic.

However, he maintained that the cases are increasing, and it is not known what will happen in a few months or in a year, because people are getting sick, they continue to walk in the infected streets, with positive Covid tests, and they walk through offices and they go up in elevators without masks.

“What does the population have to do, because people are getting infected, those with risk factors are getting infected, and beyond that I must tell you that what I have observed these days is a large number of people who were not hypertensive , who did not have cardiovascular disease, and young people in their 30s or 40s are presenting with significant levels of blood pressure, so what is happening with this variant, is it producing arrhythmia, that people with heart disease are worsening their cardiovascular situation, ”he said.

“I am quite concerned about what is happening, and I have also seen something that seems to me like a phenomenon, that people who took care of themselves for two years, who did not have coronavirus, are becoming infected, they are arriving infected, two years taking care of you , and I have a population of more than 50 people who were not infected, and they are infected for the first time,” Dr. Soler deplored.

The pulmonology specialist said that another thing that draws her attention is that children are becoming infected, and she has had cases of infants who are referred from other centers for hospitalization purposes, because they could not admit him where they were being treated.

Evangelina Soler denounced that the new modality of electronic cigarettes has lowered the age of smokers to the point that 11-year-old adolescents are incurring in this highly dangerous practice for health.

“The new modality is that the devices that young people are using, and I am telling you that it is not like ten or 15 years ago that young people started smoking from 14 to 16 years old, now they are smoking from the age of 11 because for a father to discover that his son is smoking, he would have to go check the backpack,” he warned.

The doctor said that even checking the backpack you can find a very small device that looks like a USB memory, because those devices with a significant load of nicotine are used in those small instruments and neither smells of tobacco nor has a smoke emission that can alert the father.

Soler added that the strategy deployed by companies that have to do with tobacco consumption in all its forms is very worrying, since they have appealed to “replacement smokers” who are those who replace those who die whose ages range between 60 to 80 years old, and they are motivating young people to keep their businesses.

He said that when a person starts smoking at 11, 12 and even 14 years of age, it has a highly negative impact because the development of the lung, in terms of organic structure, the production of these structures, which are the alveoli, complement each other more or less at 25 years old, in size, but in terms of quantity, it is up to 14, 16, and 18 years old.