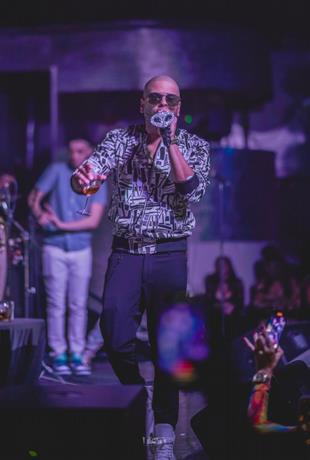 Alá Jazá: “Few people from merengue in these times stay on tour for three months, the square can’t stand it”

The merenguero Alá Jazá exhausted a tour of the United States that led him to spend nearly three months on North American soil with his orchestra.

A total of 63 parties played by the singer from Jarabacoa who took him to different cities, not used to visiting for merengueros, such as: Dallas, Houston, Indianapolis, Ohio, Irving, New Orleans, Cleveland, Cincinnati.

“It has been a very fruitful tour. We played more than 60 parties, and the tour was even extended because people are in merengue, and that fills us with great satisfaction. Few people from merengue in these times stay on tour for three months, the square can’t stand it. We did it, ”Allah Chaza said in a press release.

The activities of the interpreter, who at the moment promotes the song ‘The bad guy’, expanded along the coasts: south, east and west of the United States and even in places where the merengue has not penetrated and where the fans showed him the great affection that you feel for him.

During the tour, Alá Jazá performed at the Prudential Center in New Jersey with a capacity for about 20 thousand people where he shared the stage with the artists: Ozuna, Wisin, Jay Wheeler, Myke Towers, Cazzu and Chesca in an event produced by the radio station “Uforia La X Live”.

Upon arrival in the Dominican Republic, along with his band, the merenguero gets ready to fulfill the itinerary during the Christmas festivities.

Previous How does the market look for Correa now?
Next Vice President says the country is very vigilant against the risks of the new omicron variant