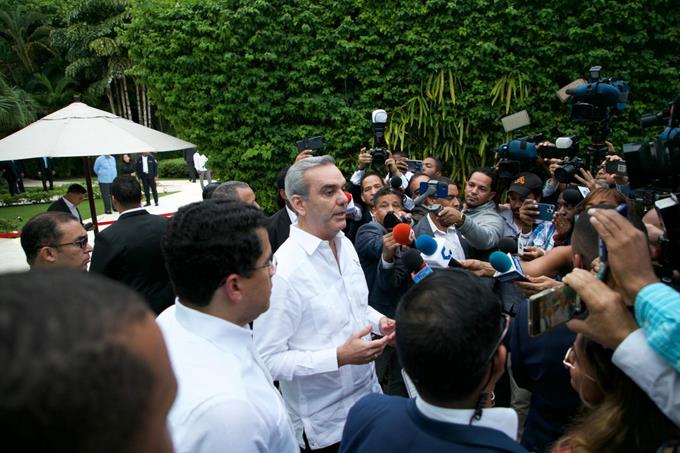 Just 13 days after serving two years in charge of the Executive Power, President Luis Abinader dismissed the Minister of Education, Roberto Fulcar, whom he appointed as minister without portfolio and made other movements in the government train.

According to decree 414-22, released this Wednesday night, Mr. Ángel Enrique Hernández Castillo was replaced by Fulcar, who worked, according to decree 356-20, as educational advisor to the President of the Republic.

Hernández Castillo had carried out several previous functions as Vice Minister of Technical and Pedagogical Services and director of the National Institute for Education and Training of Teachers (Inafocam), among other functions.

Fulcar’s dismissal comes just after several scandals of alleged overvaluation that were denounced by the media in recent months.

Hugo Beras, to the Intrant

When Mejía won, he was appointed general secretary of the capital city council.

Hugo Beras was appointed to replace Rafael Ernesto Arias Ramírez, who was appointed adviser to the Executive Branch on transportation matters.

Rafael Abrahán Burgos Gómez was appointed General Director of National Assets and will serve as honorary director of the State Sugar Council until its liquidation, while César Julio Cedeño Avila, the great political builder of former President Hipólito Mejía’s project, was appointed Consul General of the Dominican Republic. in San Juan, Puerto Rico.

Venancio Alcántara Valdez was appointed as Director of Migration, replacing Reynaldo Enrique García Sánchez, who will serve as Consul General of the Dominican Republic in Boston, Massachusetts.

ARTICLE 1. Rafael Ernesto Arias Ramírez is appointed advisor to the Executive power in matters of transportation.

ARTICLE 2. Hugo Marino Beras-Goico Ramirez The Executive Director of the National Institute of Traffic and Land Transportation (INTRANT) is appointed.

ARTICLE 8. Rafael Abraham Burgos Gomez He is appointed General Director of National Assets and will serve as honorary director of the State Sugar Council until its liquidation.